On Sept. 11, 2001, the United States was hit by the most deadly terrorist attack to date. Before 9/11, the word "terrorist" didn't contain the loaded meaning it carries now. Nowadays, whenever someone murmurs those three syllables, hair rises on the necks of Americans everywhere. Unfortunately, there are some people out there who still haven't learned from that dreadful day. 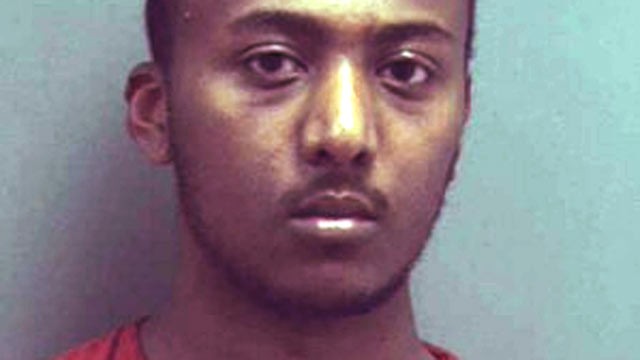 Yonathan Melaku was arrested at Arlington National Cemetery on June 17 for carrying bomb-making materials near the Pentagon. Melaku has brought back some distant yet explicit memories. Personally, I do not remember much about 9/11, but I do remember my teacher crying hysterically and going home early. Ten years later, images flash back into my mind of what really took place on 9/11. Melaku is a clear reminder, even 10 years after the most deadly terrorist attack on U.S. soil, that terrorism is still present in our society.

According to ABC News, an international investigation has been launched to see whether Melaku was linked to terrorist organizations. ABC News also mentioned that he was carrying pro al-Qaeda literature. No conclusions have been made, but according to the FBI, there is an ongoing search to further investigate the reasoning behind Melaku's actions.

Despite what his actions imply, Melaku is not a stranger to law enforcement. According to the FBI, he joined the Marine Corps Reserve in 2007 and was awarded the National Defense Service Medal for his work in the reserve as well as the Selected Marine Corps Reserve medal. After further FBI investigation, Melaku was charged on Thursday for an incident in 2010 involving shots being fired at five military buildings in the Washington area, including the Pentagon.

Even though Melaku is blatantly guilty of his actions, this incident only highlights the weaknesses of the criminal justice system. After Melaku was recently charged with breaking into 27 cars in suburban Washington, he was set free. Why wasn't anyone aware that a member of the Marine Corps had a long criminal streak behind him? It is clear that catching a terrorist is difficult to achieve. However if there was one person who had considered Melaku's criminal record, there would have hopefully been action taken to get him back on track.

Nonetheless, this was a heinous act on Melaku's part, and as a member of the Marine Corps, he has dishonored the title he held. After thousands of troops have lost their lives overseas to protect America, it is difficult to picture a man who wears the same uniform as our fellow troops making the decision to disgrace his title with the actions that started the war: terrorism. Melaku should not only spend many years behind bars but he should also apologize to our troops who have worn their uniforms proudly and continue to serve our country with respect for its citizens.