Freshman Bronwen Tursman breathes deeply, eyes intent on the screen in front of her. With every inhale and exhale she takes, her character in the video game takes another step through the fantastical world on screen. But this is no game - it's an alternative therapy Tursman uses to manage the illness that leaves her in constant pain.

In recent years, more people have been trying alternative therapies as a way to cope with their pain. From equine therapy to art therapy, dance to biofeedback, a variety of therapies in the region allow Blazers and other members of the community to ease their pain. In these types of therapy, relief comes from strengthening the connection between mind and body.

Tursman is afflicted with a rare nervous disorder, called reflex neurovascular dystrophy (RND), which impairs functions of the central nervous system. According to Paul Rosen, a specialist at the Children's Hospital of Pittsburgh, RND is caused when extra-sensitive nerves malfunction, entering a cycle of firing and re-firing and causing RND patients chronic pain. Simply putting on a sweater can set Tursman's nerves afire. Brushing her hand against a table can leave her in excruciating pain. And just sitting through the day hurts.

Tursman can break her pain up into several layers. The bottom layer, she says, consists of painful tingling throughout her body that remains constant. She compares it to the sensation that comes when she bangs her funny bone, but continuous. "It never stops, ever," she says emphatically. The second level is made of all sorts of painful sensations - numbness, stabbing, aching - that are always present, but constantly switching locations. 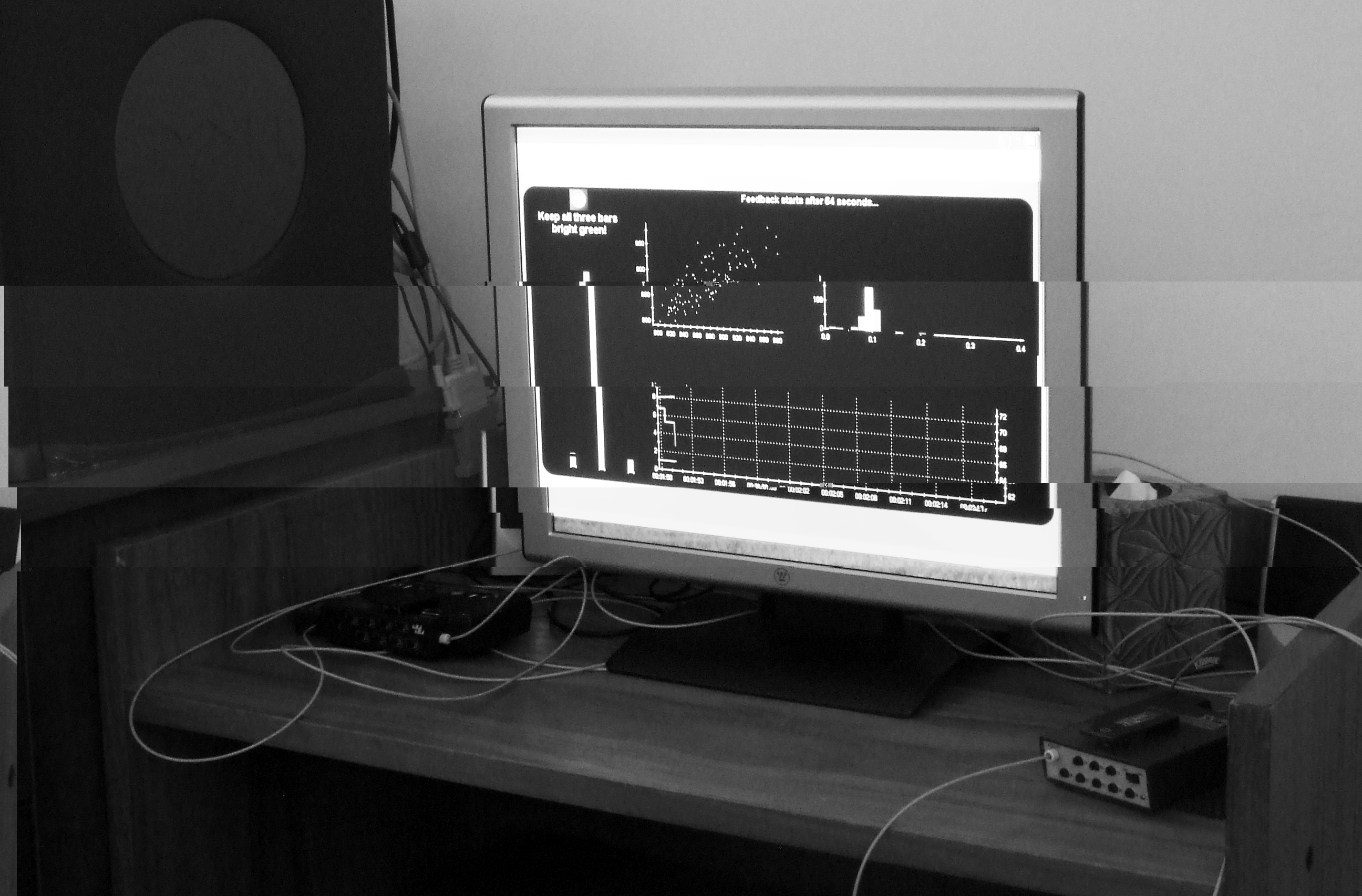 Rosen says these symptoms are typical of RND, a disorder that can be hard to diagnose and harder to treat. Patients, Rosen says, describe different types of pain, but the sensation is always severe: hammering, burning and stabbing are common descriptions. Often, a specific trigger, such as a physical injury or a stressful event like divorce, will cause the onset of RND, but in other cases, it comes "out of the blue," Rosen says. Treatment options can include physical therapy and some sort of counseling.

Tursman first contracted RND in middle school when she dislocated her elbow and began feeling ongoing pain in her arm. A few months later, she fell down a flight of stairs and hurt her back, and the RND took hold throughout her body. After missing a few months of school last year, she went to a program at the Children's Hospital of Pittsburgh specially designed for girls with RND. There she learned physical therapy techniques to help combat her pain, often exercising for up to six hours a day. According to Rosen, extensive physical therapy helps with the pain by teaching the nerves to function normally. After spending time in a program, Rosen says, a patient is supposed to take the techniques they learned in therapy and practice them regularly at home. Hopefully, the pain will ease shortly. But not in Tursman's case. Instead, Tursman turned to biofeedback therapy to help her manage her pain.

A typical biofeedback therapy session will find Tursman strapped into all sorts of clips and sensors and needles that monitor her body's vital signs, like heart rate, breathing rate, and blood pressure. By watching her body's rhythms on a monitor, Tursman can voluntarily slow down her heart rate, which is supposed to ease her pain. Biofeedback programs offer different visualizations of breath rate, ranging from a simple line graph to the fantastical world. According to Emily Perlman, a biofeedback specialist at Brain Wellness and Biofeedback Center of Washington, patients with chronic pain disorders are hypersensitive to pain, and biofeedback therapy aims to lower their sensitivity with techniques for relaxation and mental control over the body. Ultimately, says Perlman, the goal of biofeedback therapy is to build up this unique connection between mind and body to a point where Tursman can alter her breathing without the help of a monitor. If she encounters a stressful situation or if her pain suddenly flares up, she can use willpower to relieve her pain. "The goal is to take the skills learned in front of the screen and transfer them to everyday life," says Perlman. "It is called ‘skills without pills.'"

In Tursman's case, these techniques have been less than effective. Tursman says she has not noticed a significant improvement in her condition as a result of biofeedback therapy. Until she does get better, Tursman has had to find other ways to cope. She is determined to carry on her life as normal, holding, for instance, a role in the school play. Rather than being impeded by her disorder, Tursman is finding a way to live with it. "You get used to it," she says simply.

Dance/movement therapy (DMT) is a type of psychotherapy that uses movement, dance, the body and the creative process to heal patients and improve their wellness, says Sean Favretto, a dance/movement therapist at the McClendon Center, a facility for impoverished, mentally unstable adults in Washington, D.C. DMT is a physical alternative to traditional therapy for patients with mental illnesses like addiction and depression, but can be used to treat many conditions, says Favretto. A typical dance therapy session, he says, might start off with a warm-up that allows the therapist to gauge the group's mood. "The dance therapist checks in with the group to see where they're at emotionally,” he says. Based on the overall feeling of the group, he says, the session will include a mixture of dance, simpler movements and creative expression. 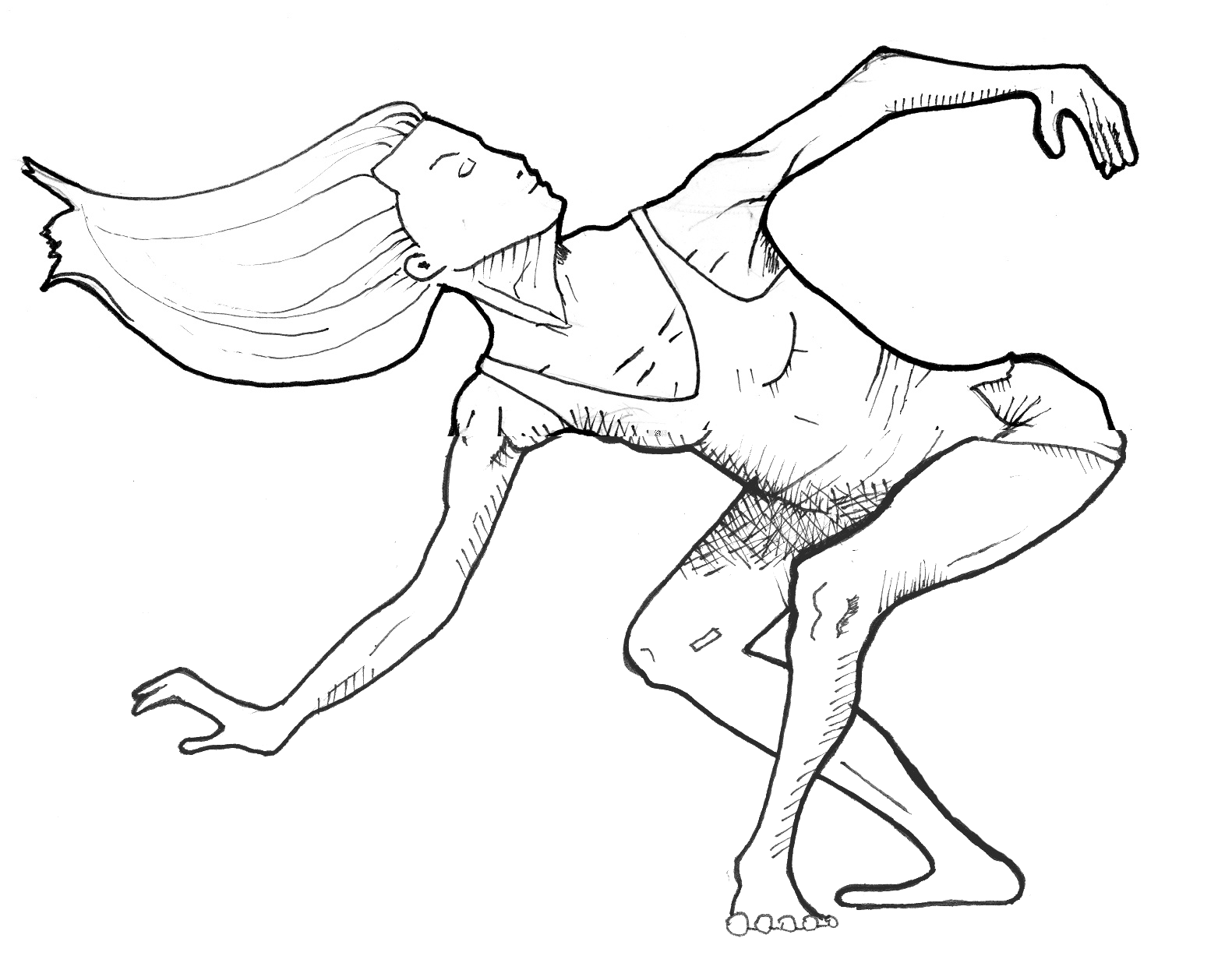 Photo:
As the session continues, the therapist will try to bring out patients' more deeply felt emotions. Rather than performing a choreographed dance, patients in DMT use movement and gestures zzto express their thoughts and feelings. "It's not about teaching patients how to move or dance. It's about expressing themselves authentically,” says Favretto. "It's not choreography; it's used to discover the self.”

In cases where traditional therapy is not effective, DMT can provide a much-needed outlet for the patient's emotions. Naomi Nim works in the psychiatric ward at Washington Adventist Hospital. Many of her patients have psychosis, hallucinations or chronic mental illnesses like schizophrenia. Especially in cases where patients have difficulty expressing themselves verbally, DMT allows patients to convey their emotions on a deeper level, Nim says.

The art of healing

Art is an essential form of human expression. It allows people to convey emotions and ideas that sometimes cannot be put into words. It follows that art therapy is often used when patients have difficulty using words to describe their feelings.

According to Kathryn Horn Coneway, an art teacher with a background in art therapy who works at the non-profit Art at the Center in Alexandria, art therapy is a way of using art to build self-esteem and personal awareness. "Art is a vehicle for personal growth,” says Coneway. 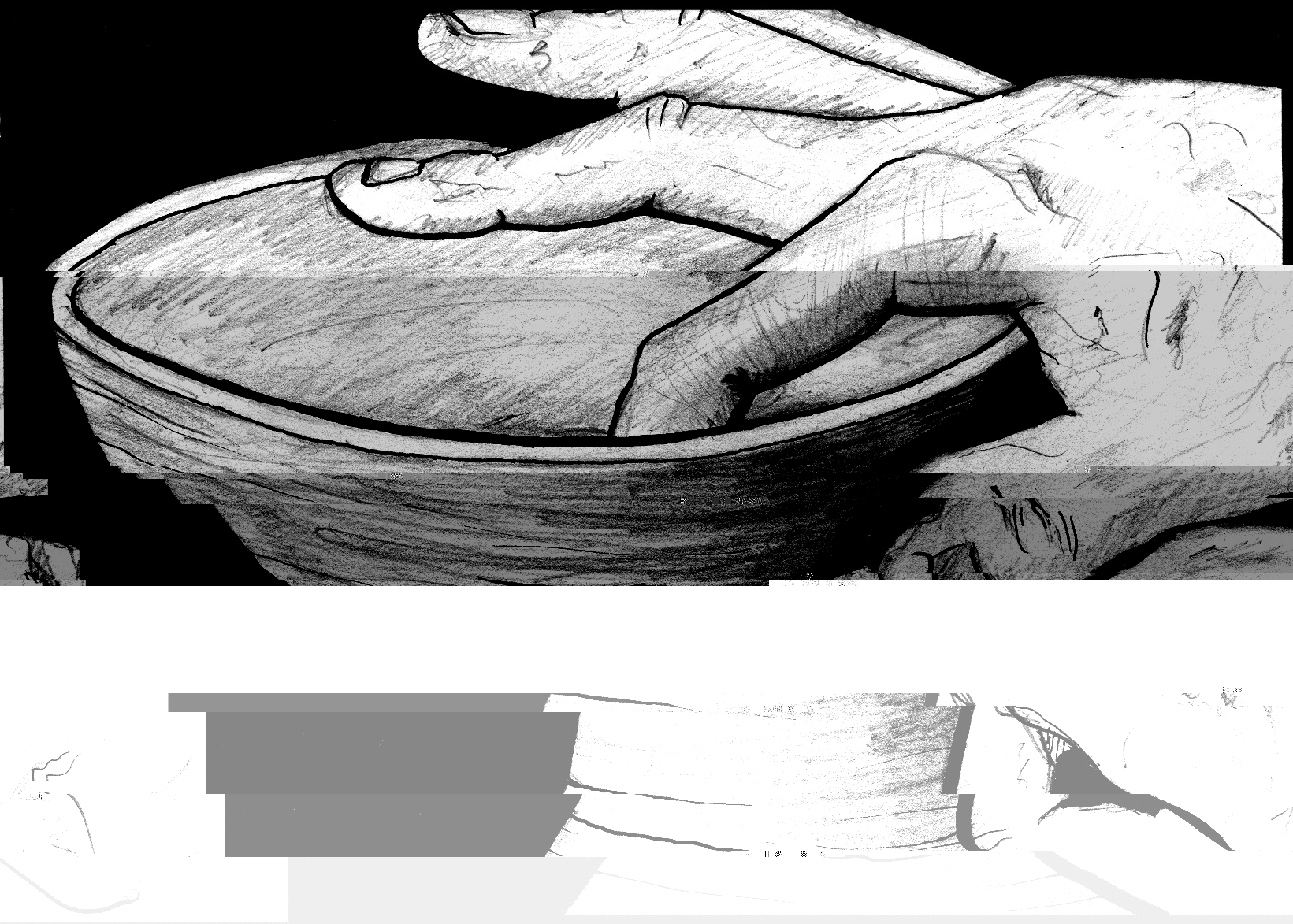 Patients exhibit a wide range of illnesses and conditions, including psychosis, Alzheimer's and autism. A typical class, says Coneway, might begin with a warm-up such as drawing a random scribble and seeking images in it. The patients use a variety of mediums to create art and express themselves. No matter the health issue, art therapy is used to convey emotions that can't be expressed otherwise. Perhaps the patient is uncomfortable talking to a therapist in a traditional setting, says Coneway, or maybe the patient has a condition that makes it difficult to talk or use words.

Through their art, patients build relationships and build community. In these new connections they can find a network of support. The community support continues even after therapy is finished. According to Coneway, patients can take the artistic skills they learn beyond therapy and continue to produce art as a way to express their feelings. "They can learn to share with the people they're close to in life,” she says. Doing so is essential to forming close relationships, she says.

Senior Katerina Klavon saw the benefits of horse therapy first-hand this summer when she volunteered at Equine Therapy Associates, a horse therapy center in Potomac. Klavon worked closely with a ten-year-old boy, guiding him through tasks like riding, steering and grooming the horse. According to Darcy Woessner, an equine therapy specialist at Project Horse in Virginia, working with horses can help with emotional and mental health. The experience of being with and touching a horse is especially helpful for autistic children, who often have difficulty filtering and interpreting sensory input, says Woessner. 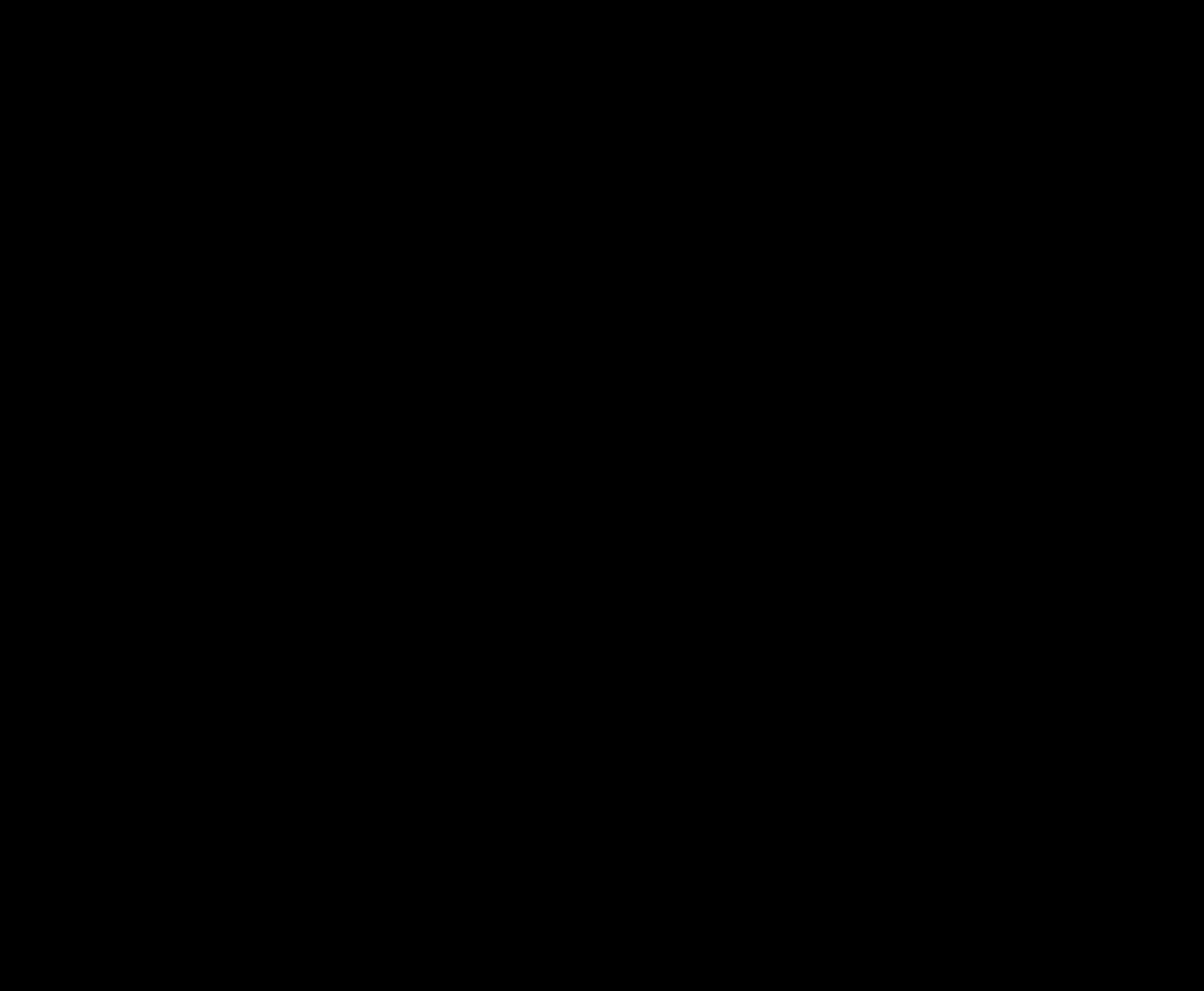 Photo:
Project Horse is a non-riding facility, meaning that patients work with the horse on the ground, not from the saddle. Activities might include leading the horse around a circle, using props to build a safe place through which to guide the horse, or painting on the horse's body. Tasks like these, says Woessner, enable therapists to use horses as a tool to get information about the state of the patient.

Lesley Shear, a therapist at the non-profit therapeutic riding center Circle of Hope, adds that the patients often learn from their relationship with the horse. Especially for people who are initially scared of the horses, learning to work with a 1,000-pound animal builds trust between the patient and the horse. Patients can take these relationship skills beyond the barn. "Patients can trust people and thus have better relationships,” says Shear.

Klavon, who has ridden horses since the fourth grade, agrees that the bonds formed between horse and rider are significant. "It's a connection of spirit almost,” she says. "You have the same goal, trying to get to the same place, and you have to work together to get there.”