For the most part, British culture in America is entertaining. The Beatles, James Bond and Julie Andrews, for example, revolutionized Hollywood in the 1960s. However, some elements of British media should have stayed on the other side of the ocean. "The Minister's Daughter" by Julie Hearn is a prime example of unwanted British culture and makes the reader wish that Columbus had never discovered America. 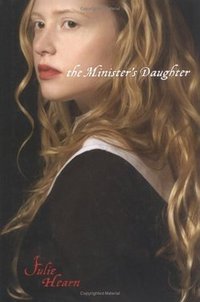 Published in England under the title "The Merrybegot," Julie Hearn's first novel fails miserably where previous witching works such as Arthur Miller's "The Crucible" succeeded. Set fifty years before the Salem witch trails, "The Minister's Daughter" depicts a witch trial occurring in 1645 England during a brutal civil war.

The novel opens as outcast Nell, who's skilled in magical healing, inadvertently earns herself the hatred of the minister's daughter, Grace Madden. When Nell learns that Grace is pregnant out of wedlock, Grace is desperate for the truth to remain secret. She accuses Nell of cursing her, and soon the town is jumping at the chance to try Nell for witchcraft. The climax occurs in true witch-hunting style, with an angry town mob, a hanging and an unexpected surprise.

The two main characters in "The Minister's Daughter," Nell and Grace, are fabricated; Their actions are so irrational and implausible that the events of the novel are rarely believable. The only engaging character is Grace's younger sister, Patience, whose innocent manner used by her scheming sister. Immature Patience truly believes that her sister's growing belly is the work of the devil, eventually inciting a "parting of ways" for the sisters. Unfortunately, Patience's character is developed oddly, leading the novel at points, while sometimes she's barely noticeable.

Stuck between two genres, fantasy and historical fiction, Hearn can't seem to decide whether supernatural elements or reality should dominate the novel. Pixies frolic with humans and fairies have healing powers. Magic is part of the town's daily life, creating a stressed aura of faux reality in the novel, where anything that happens could be the result of fairy magic or free will. This indeterminable aspect tends to confuse the reader with jumping scenes that rarely matter later in the novel.

The style of "The Minister's Daughter" is filled with so many red-herrings that the plot becomes stuffy and overwrought with pointless fluff, boring the reader. Hearn introduces simple ideas, carries them out halfway and then drops them, ignoring the original thought for the rest of the novel. Characters tend to change personalities more often than most people change their clothes. Several times in the novel the down-trodden Patience, who narrates fifty years later from Salem, seems to be liberating herself from her sister's power, only to change opinions a page later.

By the novel's finale, the reader wonders what the point of the novel is and the most disappointing part is that there was no point. Morals, lessons or even general plot seem to have gone missing from the book, filled in loosely with English history, half-hearted memoirs and Wiccan spells. If only a spell existed that would prevent "The Minister's Daughter" from ever being written. Only then could Julie Hearn's tedious curse of mediocre style, puzzling characters and flimsy plot be lifted.