The MLB is striking out with young viewers

It's been said a thousand times: baseball is America's pastime. There is nothing like a warm summer day at the ballpark with a hot dog in one hand and a baseball mitt in the other. This is how most of the older generations of the country feel, those who grew up in a time when baseball was the only sports on the radio, or for that matter on TV. But as the realm of sports continues to grow, baseball has unfortunately taken a backseat. 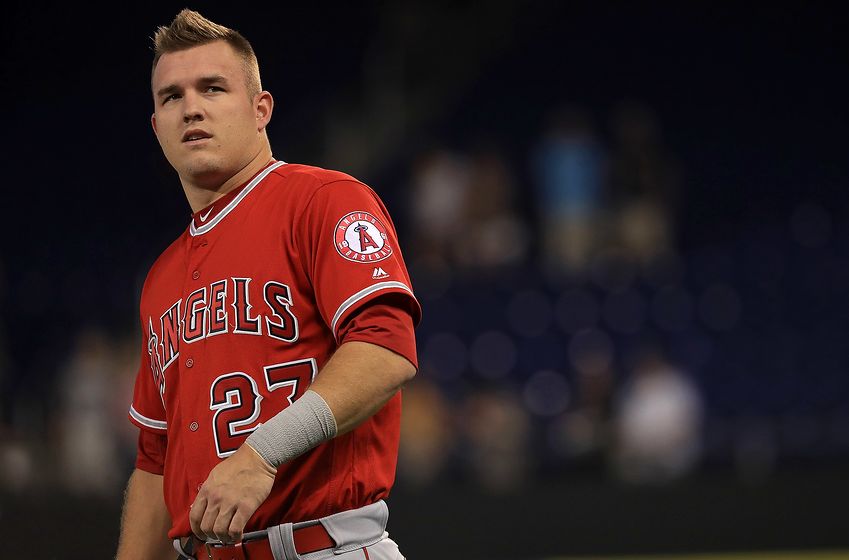 Photo: The MLB is striking out with young viewers.

Photo: The MLB is striking out with young viewers. Photo courtesy of Jason Burke.

When the best players in the game fail seven out of ten times, it's hard to keep baseball on hype. Boston's Mookie Betts leads the American League with a .348 batting average; yet more than half the times he comes to the plate, he doesn't even get a hit. In other sports like football and basketball, the action is nonstop. Every play can lead to something magical, whether it's a monster alley-oop dunk or a fantastic one-handed catch. But it's not only the play on the field that separates baseball from other sports.

Whereas the NFL and NBA have big-name marketable stars, such as Tom Brady and Lebron James, the average person wouldn't even turn his head if Mike Trout was walking down the street, and we're talking about a guy who's on his way to becoming one of the greatest players baseball has ever seen. James and Brady also have huge sponsorship deals with companies such as Nike, something that most Major League Baseball (MLB) stars lack. This is where the MLB has failed to continue baseball's legacy.

Just a few days after the All Star Game happened right here in Washington, D.C., MLB commissioner Rob Manfred openly blamed Trout for not selling himself to fans. "Mike has made decisions on what he wants to do, doesn't want to do, how he wants to spend his free time or not spend his free time...but he has to make a decision to engage. It takes time and effort," Manfred said to USA Today.

Unfortunately, Manfred's kind of thinking is not the kind that will solve the MLB's problems. Manfred should be encouraging his players rather than blaming them for the league's problems. It is the commissioner's job to get the players on the map, and so far, Manfred is not doing that.

Clearly, the lack of player marketing is significantly hurting the MLB's ratings, but not just among younger viewers. According to The Observer, a financial magazine, "MLB ratings have dropped almost 30 percent from 2016 to 2017." This is shocking considering the MLB's own batch of fantastic young players. Not only that, but the Astros, who were one of the youngest teams in the MLB last year, ended up winning the World Series.

As for viewers aged 18 to 29, only 20% of them watch games or follow teams regularly. There is an indisputable correlation between the dropping ratings and Manfred's lack of player marketing to baseball's dwindling fanbase. Renewed strategic marketing is in order if the MLB wants to win back their fans.

Baseball truly is America's pastime. It's an engaging game that brings the entire country together, but the MLB is failing to sell its stars to the younger generation. Baseball has tons of young talent that can be put on display. Now it's up to the MLB to make that happen.