The Need for Police Demilitarization

In light of protests in Ferguson, Sen. Claire McCaskill (D-Mo) held a Senate hearing on "police militarization." The fatal shooting of Michael Brown by a police officer resulted in a series of protests across the city, as people rallied and demanded justice for the victim. Police reactions to these protests riled up the nation, as images poured in from Ferguson featuring officers in full combat gear and armored vehicles. The police shot tear gas canisters into crowds, arrested journalists and protesters alike and established a curfew, all in response to mostly peaceful protesting. Functionally, police are not soldiers: they are supposed to protect the populace from criminals, with only the most occasional exhibition of force to maintain order. The events of St. Louis show a very disturbing reality that contradicts this purpose, and something must be done to change the police force before any more Americans suffer as a result. 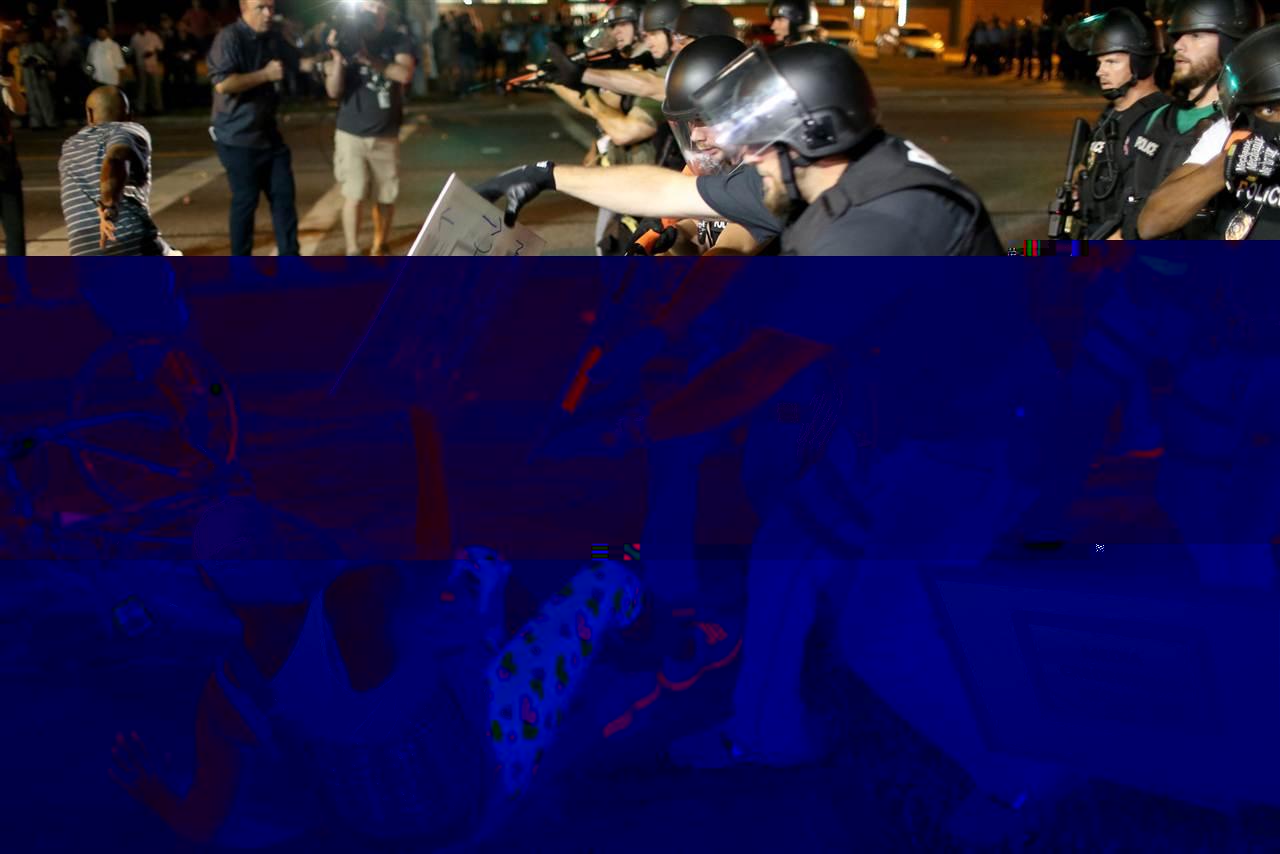 Photo: Police breaking up the Ferguson riots employ the type of confrontational force not recommended by the military

Photo: Police breaking up the Ferguson riots employ the type of confrontational force not recommended by the military

The shooting of Michael Brown sparked a national debate on police brutality and racial profiling, resulting in a very polarized and vocal populace. Two days after the incident, people started organizing on the streets in Ferguson. It was then that police responses became bizarre and over-the-top. Tactical police units were sent in to deal with unruly crowds, which often resulted in violent clashes. The worst of these incidents occurred after dark: protesters at times resorted to throwing rocks or even Molotov cocktails as they fought against police officers. The tension and violence lasted for close to two weeks and resulted in hundreds of arrests. Though the police were compelled to quell the crowds at certain points, their chosen methods of implementing order greatly transgressed their functionality as protectors.

Through its 1033 program, the Pentagon has offered billions of dollars of surplus military armaments to police forces across the U.S. and has been doing so for over a decade. The program helped supply the police with assault rifles, tanks, body armor and even grenade launchers. The recent protests simply helped to showcase the result of these long-running practices. This police militarization has no place in America, because it gives too much power to everyday law enforcement officers and it's disconnecting them from the people that they should be protecting. The disturbing trend has been for officers to start viewing the populace as open threats rather than as citizens with rights. Some officers argue that the funding is necessary to help supplement scarce budgets and to keep police departments running at top capacity. That does not give departments the right to make use of the equipment, because they are neither trained in its use, nor is it necessary given most circumstances.

The appearance of heavily armed officers is likely what sparked a good deal of the violence in Ferguson. People felt threatened when faced with an armed force, guns raised. Some military officials made note of this obvious error on the police's part, pointing out that in the military they are trained to never point a weapon at an individual without the intention to fire. If the police reaction had been milder, if the officers had worked with the peaceful protesters while making use of their usual capacity of police officers to deal with problematic protesters, the protests would have gone far more smoothly and with far less incident. In the end, Ferguson is no war zone, its protestors are no warriors, and they do not deserve to be met with such a violent reaction. The police force and the militarization system must be examined and dismantled before in manifests itself again, and continues to threaten the rights of American citizens.