The NFL has it backwards

This NFL season, former New York Giants kicker Josh Brown was suspended just one game for a domestic violence incident, despite the fact that he had admitted to team officials that he had verbally and physically abused his wife several times. Yet numerous players, including Washington Redskins offensive lineman Trent Williams, were suspended four or more games for violations of the NFL's substance abuse policy. 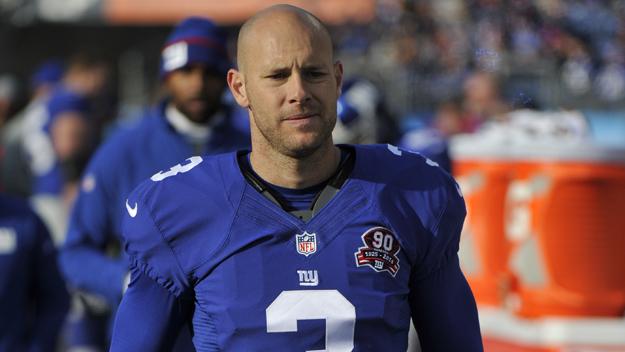 Photo: Giants kicker Josh Brown was suspended for one game as a result of a domestic violence incident.

Photo: Giants kicker Josh Brown was suspended for one game as a result of a domestic violence incident.

Something is wrong here.

In 2014, one of the most high-profile domestic violence cases in NFL history occurred when star Baltimore Ravens running back Ray Rice assaulted his wife inside an elevator. Although the NFL had obtained a video of Rice dragging his unconscious wife outside the elevator, Rice was suspended for just two games. However, realizing his mistake, NFL commissioner Roger Goodell later did suspend Rice indefinitely. He created a new NFL domestic violence policy that included stricter punishments. Yet, even with the new restrictions, the rules are still too loose.

The new NFL domestic violence policy included a six game suspension for first time offenders and a lifetime ban for second time offenders. Although this seemed like a crack-down on domestic violence, the NFL has not been doing a good job sticking to its policy, as evidenced by Josh Brown's one-game suspension. The NFL should not make any exceptions to their policy; a player should receive the full suspension if the league finds evidence of wrongdoing.

Even though the NFL seems apprehensive when it comes to issuing stricter punishments for domestic violence, they seem to have no problem giving out harsh penalties for drug abuse. In Williams' case, he did not even fail a drug test; he allegedly received his four-game suspension for simply missing a drug test. Compare this to former Steelers running back Jonathan Dwyer, who received a three-game suspension in 2015 following a domestic violence arrest.

Also, the NFL continues to punish players who use marijuana, even in states where the drug is legal. Marijuana is now legal for recreational use in four states with NFL teams, in addition to the District of Columbia, but its use is still punishable by the NFL with fines and/or suspensions.

The NFL needs to crack down on domestic violence offenders and reconsider punishments for drug use, especially for players in states where the drug in question is legal. Goodell's new NFL domestic violence policy was a step in the right direction, but it is not being properly enforced. Although the NFL has come under fire recently for its handling of many issues, not limited to domestic violence and substance abuse, it can set things straight by fixing its player discipline policies.