The NFL's problem is not one of crime, but of image

By now, everyone has heard the name Aaron Hernandez. Facing a murder trial (and five other gun-related charges), the former New England Patriots tight end has been splattered all over every news outlet in America. But he isn't alone. Though his case is much more sinister than most, Hernandez is the 27th current National Football League athlete to be arrested since the Super Bowl last February. This seemingly exorbitant number has fueled the ongoing perception that the National Football League (NFL) has a serious "crime problem". But as is the case in many situations, the perception here does not reflect reality. According to economist Steve Bronars, arrests of NFL players are down 40% since 2006. 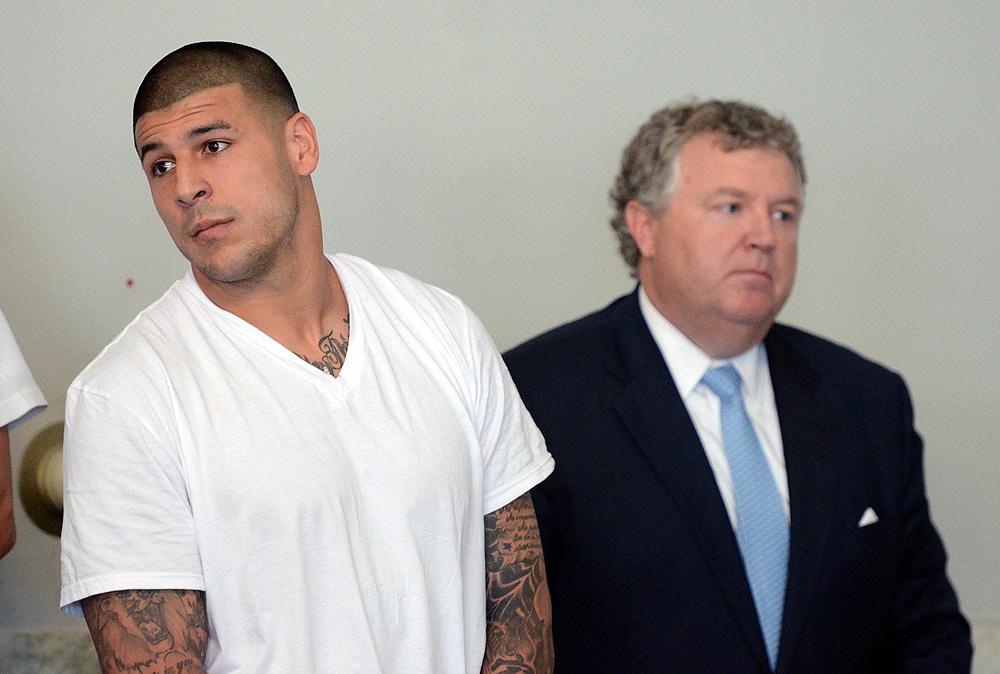 Photo: On June 26, Hernandez was taken from his house by police. He has now been charged with murder, among other things.

Photo: On June 26, Hernandez was taken from his house by police. He has now been charged with murder, among other things.

But while the NFL's crime rate is lower than advertised, it isn't low enough. These athletes are high-profile figures, and whenever they are involved in incidents of possibly questionable nature, the spotlight is magnified immensely. This explains the public's perception of the league, but it is no excuse for the actions of the players. In order for the league to keep a cleaner image, Commissioner Roger Goodell must intensify his crackdown on player conduct.

Goodell is no stranger to the role of enforcer. Remember when Bronars said that arrests have declined 40% since 2006? Well, that was the year Goodell took office as commissioner. After taking over, he promptly instituted a new personal conduct policy. Goodell came down hard on players with off-the-field issues and had no qualms about handing out season-long suspensions if need be (see Adam "Pacman" Jones, Donte Stallworth). He became the ultimate polarizing figure in sports at the time, but he was fine with playing the strict parent. Now it may be time for Goodell to play a harsher role.

There is no doubt that Goodell has worked hard to improve the NFL's image. But 27 arrests (and counting) in 5 months is still too much for a commissioner that insists on holding the league to a higher standard. It is time for longer suspensions, heftier fines, and maybe even bans for the most persistent offenders. It may sound heavy-handed, but it is what needs to be done for the sake of the league.

Young, gifted men with a lot of newfound wealth often believe they're bullet proof and as a result don't always make the best decisions. They also fail to realize that, whether fair or not, they don't just represent themselves, but also their league. Their actions feed the talk shows of people like Geraldo Rivera and Rush Limbaugh who then paint pro football as a league of crooks.

While there are measures put in place by the NFL to advise young players to make the right choices, sometimes words aren't enough. The league's Rookie Symposium, an orientation for all drafted, first year players, is helpful but not foolproof. Many of these athletes have been coddled all their lives because of their special abilities. What they need now is the NFL's version of Big Stick diplomacy.