Remember the days of "The OC" season one, when the show was a Wednesday night phenomena? When your entire AIM Buddy List would be full of away messages that said it was "OC time!" By season two, the craze had died down, and by the end of the third season, only a few straggling fans remained as loyal watchers every Thursday, hoping that their once all-time favorite show could somehow redeem itself. We're two of those straggling fans here to take a look at the newest season, which starts Nov. 2, at 9 p.m. on FOX, and evaluate whether creator Josh Schwartz can pick up the shards of his seemingly shattered show. 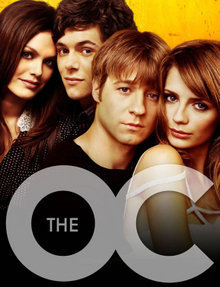 Photo: The main characters on "The OC." From answers.com

Photo: The main characters on "The OC." From answers.com

There's no doubt about it, the third season ended with a crash—literally. The beloved Marissa Cooper (Mischa Barton) was killed in a car accident resulting from a wild chase prompted by the envious bad boy Kevin Volchok (Cam Gigandet), who sought Marissa's heart and violent revenge on her boyfriend, Ryan Atwood (Ben McKenzie). Unfortunately for Volchok, Ryan survives without a scratch while Marissa falls victim to his vengeful crime. Meanwhile, stress over college surfaced as Seth (Adam Brody) was rejected from his dream school Brown University, while his supposedly ditzy girlfriend Summer (Rachel Bilson) was accepted. Hopefully we'll see how these changes will play out as soon as the new season begins.

Will season four be a bore?

Probably not. What you can expect this season is unnecessary drama, unrealistic teenage angst and unfortunate plot twists—signature characteristics of "The O.C."—and you can bet it will be far from boring. The audience will not have much time to grieve over Marissa's death as you'll soon be consumed with the antics of her little sister Kaitlin (Willa Holland), which will likely surpass Marissa's wild spree in Tijuana or stint as a rebellious lesbian.

But Kaitlin isn't the only one expected to make a splash this season: enter Summer. But Summer is not crazed over the party lifestyle like you would expect—she's wild about the environment. Yup, that's right; our favorite ditzy fashionista whose scholarly reading doesn't usually go beyond Vogue has become a tree-hugging hippie at Brown. Think "More Trees, Less Bush."

But the season premiere doesn't stop there. Ryan regresses to his true Atwood persona and releases his pent-up energy as a cage fighter. Though we have all seen Ryan throw a punch or two, his fighting is taken to the next level and starts to consume all of his free time.

Seth, unlike his counterparts in the "Fantastic Four" (Ryan, Marissa, Summer and Seth), is far from breaking away from his old self. His rejection from Brown has left him at home for the fall semester, where gets a job at a comic book store (obviously). Though currently still living in Orange County, we will surely see how his desire to attend the Rhode Island School of Design plays out during the season.

Now that our familiar favorites are covered, there are several new additions to the cast that will make or break the show. R&B artist Chris Brown is expected to make an appearance as a classmate of Kaitlin's at Harbor, while she takes over the throne that Marissa left behind. "Everwood" star Chris Pratt is introduced as Che, a student at Brown who befriends Summer and prompts her new "green" attitude. Finally, Brad and Eric Ward make appearances as twin brothers of former "O.C." star Luke (Chris McCormack) and join the show as Kaitlin's fellow Harbor students.

While creator Josh Schwartz has attempted to throw in countless surprises in order to attract new and old audiences, FOX has only ordered 16 new episodes of the show compared to its usual 24, which is often the telltale sign of an upcoming cancellation. In addition, "The O.C." will air at the same time as ABC's huge sensation "Grey's Anatomy;" a problem that will potentially result in the demise of the show. It is obvious that "The O.C." has many forces working against it this season, but if loyal fans tough it out there may be a glimmer of hope for our once favorite show.