The One Direction infection

Move over Justin Bieber! Boy bands are the new big thing...again? With the introduction of England's One Direction and The Wanted to the music scene, and along with their American counterparts Mindless Behavior and Big Time Rush, boy bands have not been this big since 'N Sync and the Backstreet Boys. But what does this mean for the state of music? Contrary to what the screaming girls at sold out concerts might think, boy bands are nothing but trouble. 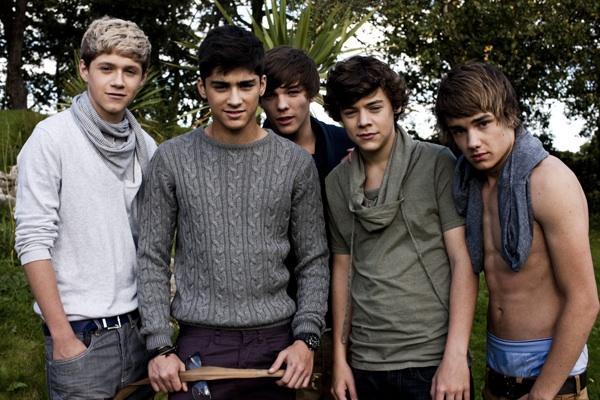 Photo: One Direction will be performing at the Patriot Center on Thursday night.

Photo: One Direction will be performing at the Patriot Center on Thursday night.

After the disappearance of the Jonas Brothers in 2009, America has been on the upswing with good music. Musicians like Kanye West, Taylor Swift and even Justin Bieber have been singing songs with substance. Songs have moved away from the uber-pop sound of boy bands and into the realm of genuine lyricism. That is, until the One Direction boys showed up with their well-quaffed hair and dimples. Cue the infatuated tween girls. The "Beliebers" are all headed in 'one direction'.

Jokes and good looks aside, the re-emergence of boy bands could be renamed the death of radio. The melodies, reminiscent of Nick Carter's and Joe Jonas's of yesteryear are catchy, but lyrically they are nonsensical and corny. "The way that you flip your hair gets me overwhelmed" from One Direction's "What Makes You Beautiful" is cheesy, but not nearly as bad as the words from Mindless Behavior. The group of middle school aged boys with funky hair does and overdoes dance moves, and its smash hit "My Girl" is written about Internet girlfriends who communicate via Twitter and text. "A hundred and forty characters is more than enough…You send me a J slash K, said I'm just playing with you," they whine in the song which has more than 26 million hits on Youtube. What has America come to when ballads are being sung about the internet by prepubescent boys?

The fact of the matter is, and lamentably so, that 12 year old girls have been listening to this music since the early days of the Beatles, Hanson and The Jackson Five. Like their young audience, the bands will grow and mature, shifting the content of their songs along with them. We must not forget that even six time Grammy award winner Justin Timberlake once had dyed blond hair and too tight pants himself.

Though it's easy to look at boy bands as a group of teenage guys with too much hair product, boy bands build icons. Chances are at least one member, if not more, will become a legend in their own time, like their predecessors in the bands before them. As 'N Sync once crooned, it seems like listeners will never say "Bye, Bye, Bye" to boy bands nor the artists that are born from them.

One Direction will be performing at the Patriot Center on Thursday, May 24.