The pen is mightier than the keyboard

Writing by hand should be done more in classrooms

In elementary school, we would get excited when the teacher would roll out the bulky television set with a videocassette tape in hand. In middle school, typing up assignments to turn in was a new and exciting concept. And now, in high school, it's expected of us to use technology in all of our classes.

Writing by hand is slowly becoming an old-fashioned way of learning, and this is detrimental to the education of our students. In an age of rapid technological development, the value of pen and paper should not be forgotten. Educators should make a conscious effort to incorporate hand writing in the classroom. 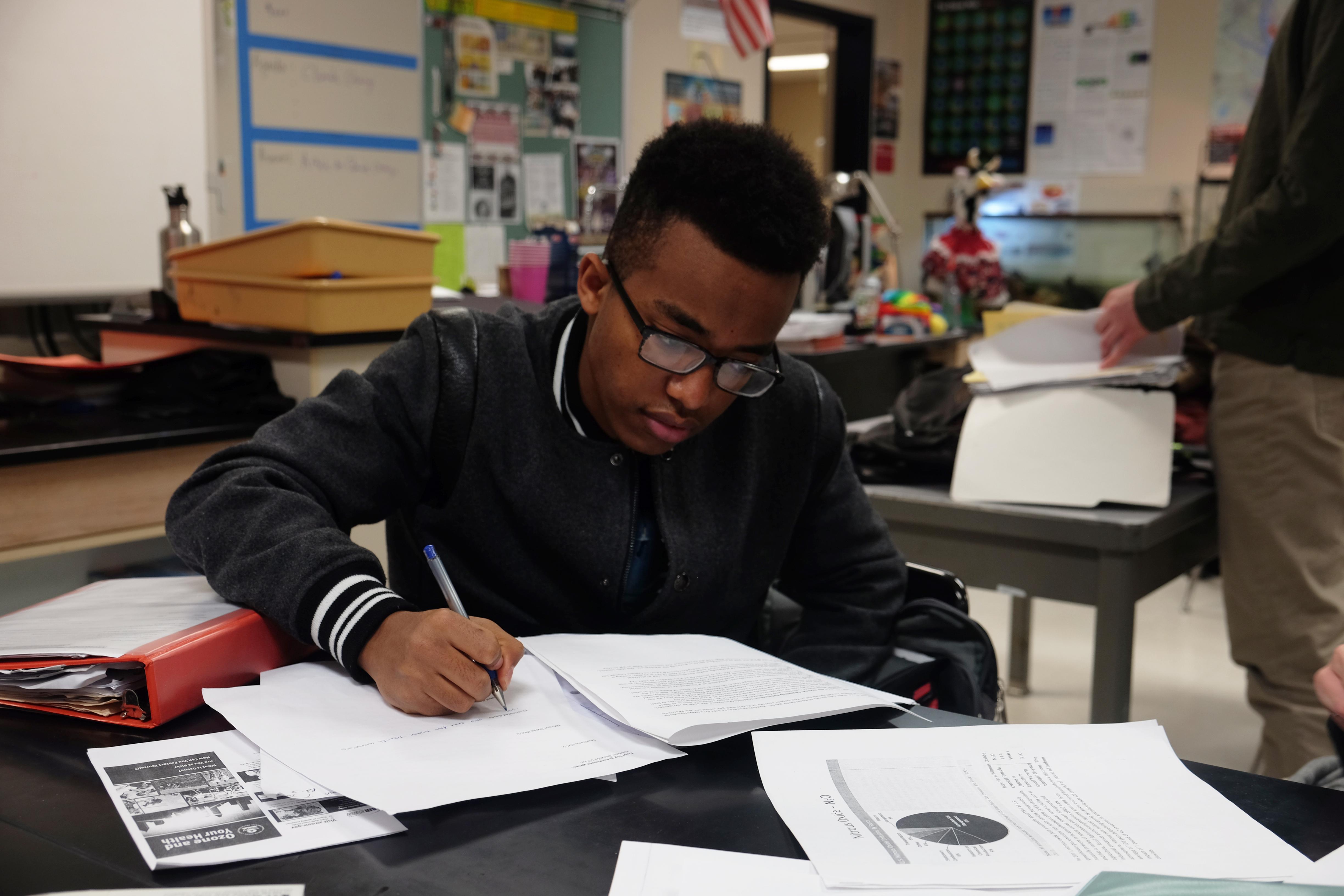 Photo: Handwriting is slowly becoming obsolete in the classroom.

Photo: Handwriting is slowly becoming obsolete in the classroom.

Last year, five million students in the United States took the Partnership for Assessment of Readiness for College and Careers (PARCC) exam. Most students took the test by logging onto computers, but a sample of students took the exam with paper and pencil. The PARCC is a test that not only assesses students on applications of their learning, but also their proficiency in computers. Early this month, Education Week released a report concluding that the students who took the test digitally received a lower score on average than those who took it by hand.

The cognitive processes needed for each mode of communication are very different. "Handwriting is a complex task which requires various skills- feeling the pen and paper, moving the writing implement, and directing movement by thought," Edouard Gentaz, professor of developmental psychology at the University of Geneva, said. The process of learning to write helps children to master certain precise motor exercises, because writing forces students to learn how to write while developing concrete ideas.

The exact cause of the discrepancies in scores is unclear, but there lies a correlation between lower scores and the computer. "There is some evidence that, in part, the [score] differences we're seeing may be explained by students' familiarity with the computer-delivery system," Jeffrey Nellhaus, PARCC's chief of assessment, said in an interview in response to the report. In Maryland, district officials found that on average students that took the paper-based version of the PARCC English/language arts exam scored almost 14 points higher than students who had equivalent demographic and academic backgrounds but took the computer-based test. The pattern in the scores is significant enough to note the advantage that paper-and-pencil test-takers may have had for the test, and the advantages in general.

Note-taking with pen and paper is supposed to lead to a higher general understanding of the content and easier memorization. Students taking notes with their computer were more likely to write down the lecture or presentation rote dictation, but pen-to-paper documentation only gives students time to understand and summarize the content. The problem with verbatim notes is that students are unable to apply their own thinking to the lesson, leading to a lesser intake of knowledge. 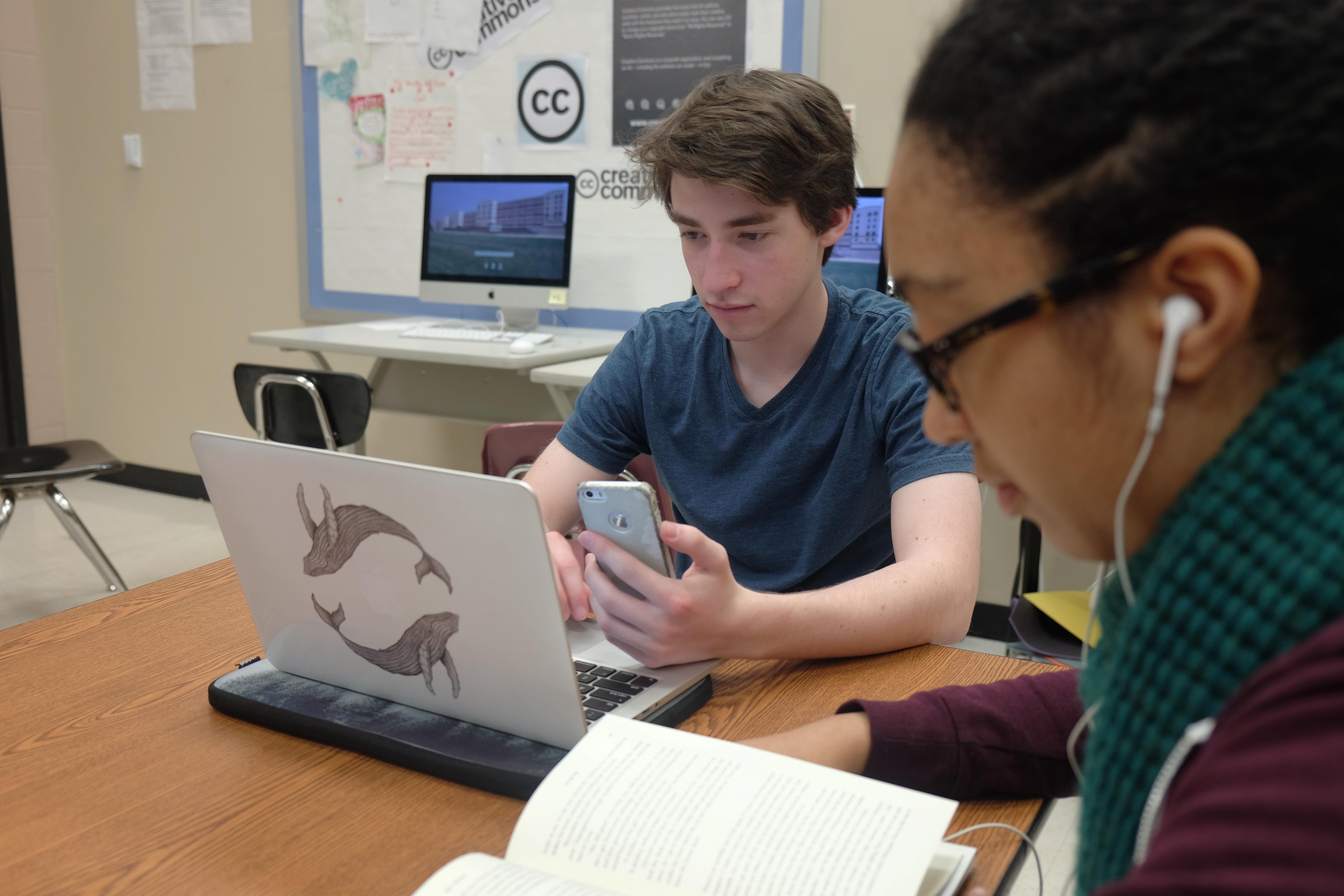 Photo: Technology is an integral part of every classroom curriculum.

Photo: Technology is an integral part of every classroom curriculum.

Advocates of a complete shift to technology-based education also neglect to account for less privileged students, who do not have as many opportunities to familiarize themselves with a computer. The computer is an instrument for the privileged, even if it may seem common. In Montgomery County, 6.3% of its population living below the poverty level and an even larger number of working poor report that purchasing a new computer would be a luxury they cannot afford. It's impractical to expect all students to have to master the keyboard and still be able to perform just as well as they could have on hand written assignments.

As technology continues to be a larger presence in our lives, it is important to reflect on its impact. The written word is slowly becoming obsolete in the classroom and the benefits of the pen-and-paper method forgotten. Before, cursive was a requirement of all elementary school curriculums, and even that has been taken out. Now, cursive is almost like a foreign language to elementary school students.

It is important for teachers and other educators to be mindful of incorporating handwritten assignments alongside technology-based assignments. Both methods bring benefits to the table, but there are just some things you can't get from a computer.