Ten Blair girls find themselves dining with the First Lady

Monday morning was off to a chaotic start for senior Edith Leiva. Her dog Milano had broken loose from the house and Leiva had just spent the last 10 minutes trying to rein him in. After getting control of the terrier and now a half hour late for school, a text from her sister popped up on her phone: "Go IMMEDIATELY to room 342." Leiva assumed the worst. 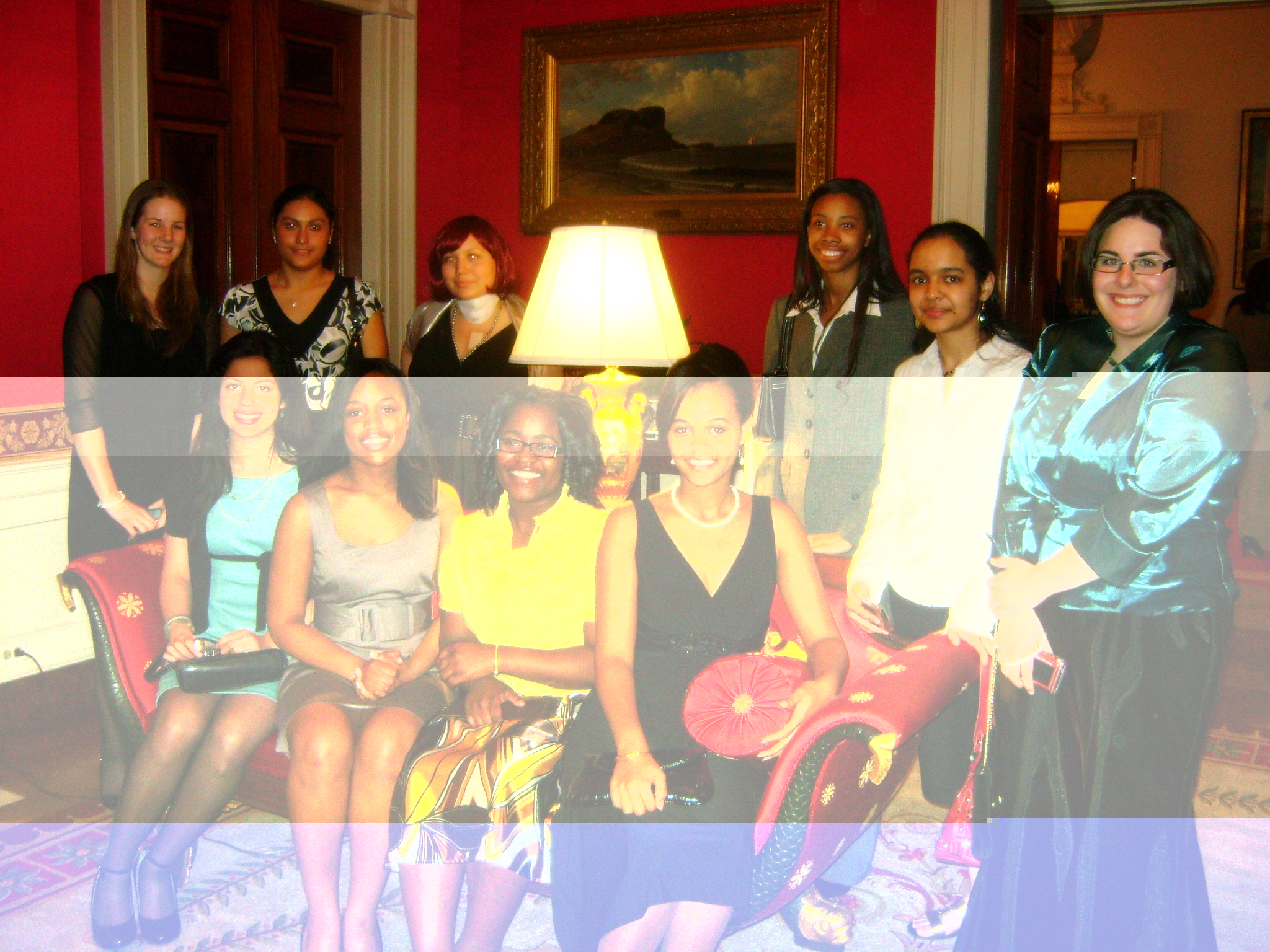 Photo: The girls crowd around a couch in the Red Room of the White House before meeting First Lady Michelle Obama.

Photo: The girls crowd around a couch in the Red Room of the White House before meeting First Lady Michelle Obama.

Rushing to Blair and up to the administrative office, she conjured ideas about losing credit and not graduating. She began to shake. Hunkering down for a barrage of accusations and disappointment, Leiva was instead greeted with one of the most surreal sentences in American society: "You're going to the White House."

One of ten female upperclassmen from Blair, Leiva clamored into a van Thursday evening and headed off to the White House to dine with First Lady Michelle Obama and Dr. Jill Biden for a celebration of Women's History Month. Excited and nervous, the group spilled through the South East Gate and onto the State Floor of the Residence. They were greeted by 110 selected girls from 11 other regional high schools and by 25 distinguished female guests from around the nation.

When the P.A. system flickered on during first block, none of them knew why they were being called to an administrative office. "I didn't have any idea," senior Lilay Gebreselassie says, "but we had to wait until everyone got there." As the girls filed in one by one, Academy Coordinator Vafolay Tulay toyed with their minds. "We need to have a serious talk," he said. "We're going to have to send you away." The atmosphere grew tense. "You could feel the anticipation," Gebreselassie says.

When Tulay came clean, disbelief rippled throughout the room. "I was in shock," senior Caitlin Ludington says. "Why? Who else was going to be there? What should I wear?" For many the concept was hard to wrap their minds around. "It was unbelievable, a great early morning surprise," Gebreselassie says.

It was so unbelievable that Leiva had trouble convincing her parents. "When I told my mom she just started laughing," Leiva says. Neither parent believed a word that she said. Her father, currently living in El Salvador, gave her a chuckle and said, "They'd send you to the zoo before they sent you there!" 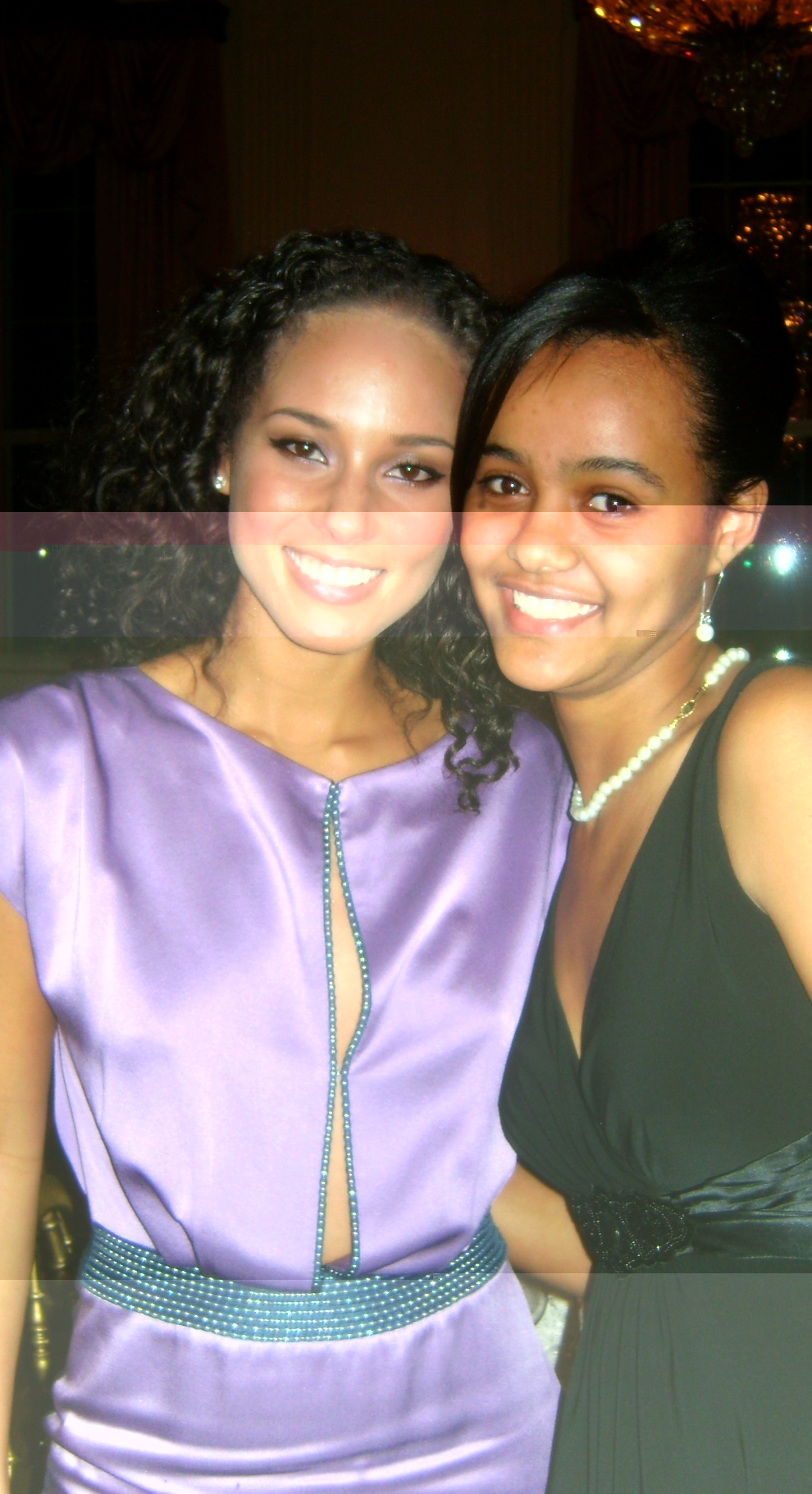 Where their parents' belief ended, reality began. Three days after finding out they were dining at the White House, the group was huddled on the University Blvd. side of Blair in formal wear. To get to this point the girls had done no pleading and they had submitted no applications - the reward of an evening of unity in the most powerful house in the world was not the result of solicitation, but of persistent dedication, ambition and hard work in whatever they set their minds to.

After being contacted by Ebs Burnough, Deputy White House Secretary for Social Affairs, Blair's Program, Academy and Department Heads nominated three girls each, in preferential order, based on their exceptional character, performance and political interest. This list of 30 was narrowed down to 10, one from each program, academy and department, by Tulay and Principal Darryl Williams.

After the 30 minute trip downtown, the group worked their way into the reception room where they could chat with the other students while waiting for the celebrities to arrive. "We were encouraged to mingle and that was really cool because they were all really accomplished young women," senior Liz Porter says.

As the meet and greet concluded, a scream broke out, singer Alicia Keys had entered the room. Along with a cast that included Ambassador Nancy Brinker, General Ann E. Dunwoody, NASA astronaut Dr. Mae Jemison, Olympian Dominique Dawes, playwright and poet Sarah Jones and actress Kerry Washington, Keys was one of the featured guests to demonstrate the strength of female character. "I can't believe how we were able to just walk up to those people and talk to them," Porter says.

The girls were then seated at different tables for dinner. Each table had five students, two celebrities and three White House administrators. Porter sat with actress, comedian and activist Fran Drescher who founded the Cancer Schmancer Movement, an organization dedicated to helping women diagnose cancer in stage one. The two connected through their shared experience with the disease as Porter was recently diagnosed with ovarian cancer. "She wants to put my video blogs on her website," Porter says.

The event gave the girls confidence and inspiration. "Being around all these women who have worked so hard to get where they are, 'the firsts'... just talking to them and meeting them shows us that they all started out where we are," Ludington notes.

While their self-assurance was fortified during the dinner, at first many were anxious. "Initially I was very nervous that if I met anyone famous or important I wouldn't be able to coherently talk to them," Porter says, "but everyone was really nice so it was actually very easy."

While talking to celebrities helped the girls swallow their star shock, not much prepared them for meeting First Lady Michelle Obama. "I'm shaking right now talking about it," Leiva says. Before meeting the First Lady, Leiva carefully collected herself. "I walked up to Ms. Obama, gave her my 'elevator speech', handed her my business card and asked her if she would one day come to see my business," she says, referring to E.ART.H, her environmentally-focused art business. "Then I shook her hand and left."

Standing up to sexism 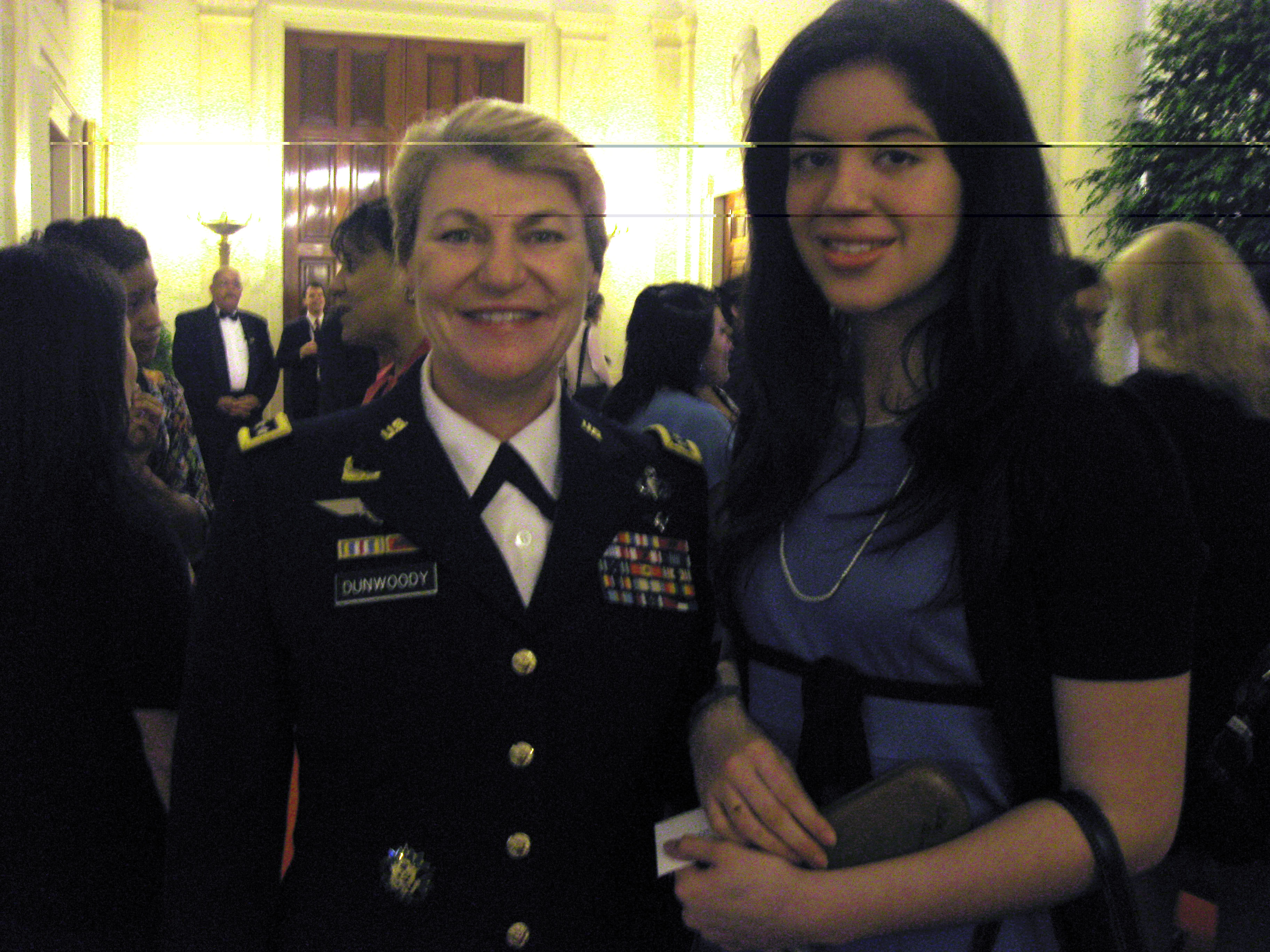 For Leiva, the dinner was a great juxtaposition between the present and a life long gone. "In my country women wouldn't even have this opportunity. My cousins wouldn't even dare to dream about such a thing," she says. Since emigrating from El Salvador in 2001 when she was nine years old, Leiva has spent the better part of her life confronting the cultural limitation many Salvadoran women face. While her father is very supportive of her efforts, she says her grandfather treats her with "machismo" - in the Leiva family, male dominance is the norm. "Pretty much I'm challenging my family's traditions and values," she says.

For Leiva the dinner reaffirmed the capabilities of women and their opportunities in the Unites States, especially under the new administration. "I'm glad change is happening [in America] because change is happening in my own family and it will be interesting to see the outcome."

Still as unbelievable now as it was in the moment, the dinner at the White House will stick with this group of girls for the rest of their lives. "It's probably going to take me 50 years from now to realize what I did," Leiva says, "cause right now it still feels like a dream."