The perks of iOS 7

Apple coming out with something new is so common it's hardly ever big news anymore. But the release of Apple's operating system (iOS) 7 on September 18 has everyone updating and playing around with the new look of their iPhone or iPod. Overall, the updates on iOS 7 are an improvement over iOS 6 and can make the iPhone and iPod easier to use. 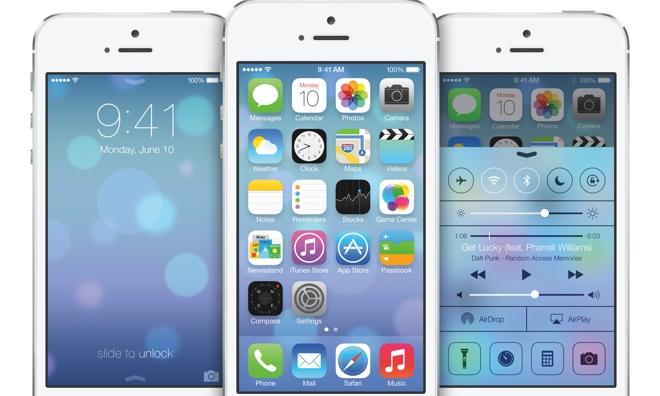 The new update comes with many changes–there's a new control center, which helps to change settings from the lock screen. The camera has new features and the notification center has been redone. Safari, Apple's internet browser, got a makeover and the lock screen has even gotten a brand new look.

An instantly accessible new feature of iOS 7 is the control center. With just a swipe from the bottom of the screen, users can now instantly adjust brightness and volume, skip or pause songs, turn features like Wi-Fi and Bluetooth on and off, as well as access utilities, such as the calculator and flashlight. Now when it's dark, there's no need to rummage for a flashlight app, since it's now as easy as swipe and click.

Next, the camera has been revamped, and now includes several new features. First, there is the new square option, which allows iPhone and iPod photographers to take a square-shaped picture. Also, the options are laid out right by the button, so changing modes requires a simple slide to the left or right, unlike in previous operating systems where the change had to be done in a remote corner. Also, pictures now are grouped based on dates and locations, allowing users to create albums with ease.

Safari has also had a makeover for the new operating system. The previously separate search and URL bars have been merged into one. Also now the menus on the top and bottom hide themselves for greater viewing area.

Overall, iOS 7 is a big improvement that's likely to impact all users of mobile Apple products. The system is now easier to use, and information can be stored and displayed more intelligently.