Various backgrounds give rise to a new fad: the post-up gesture

Montgomery Blair High School is a place where people from all walks of life come together. Not only are there many academies, but there also two specialized programs: the Science, Math and Computer Science (Magnet) and Communication Arts Program (CAP), which draw students from all different types of backgrounds and interests to Blair.

These various backgrounds and interests have given rise to a new gesture that has taken up prominence inside the Blair hallways and on social media pages: the post-up.

The post-up is a gesture focused on the squinting of the eyes and rising of the eyebrows. In addition to these movements one may personalize the post-up by a variety of steps. These are some steps in which the different types of post-up can be achieved: making a L-shape with one's fingers and placing them on the bottom of the chin. Putting the thumb at the bottom of the chin with the rest of one's fingers balled up in a fist touching the chin itself. Lastly the way to do the post-up that is increasing in popularity involves the crossing of the arms and puffing out of the chest. 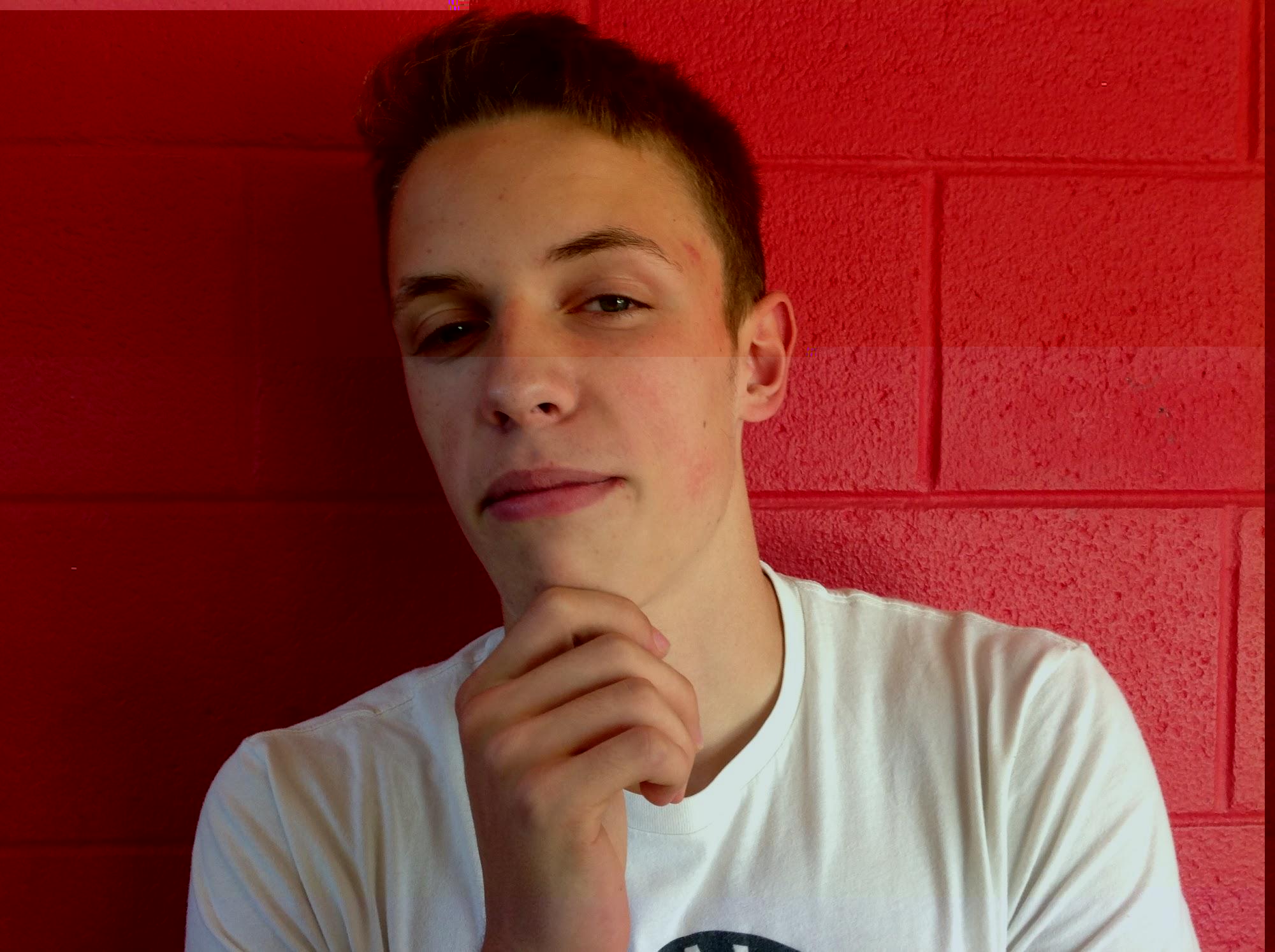 The origins of the post-up can be traced back to a gesture that almost meant nothing, "It started as a joke between friends and turned into something serious," junior Eyal Li said. Li is one of the original emissaries of the post-up movement that has picked up steam.

Originally the pose was only done by the upperclassmen, but within weeks, Blazers in every grade began to post-up and spread the phenomenon. Soon after, the hashtag "#ptfu" began becoming more and more present on Twitter and Instagram. "I feel happy and proud that we can help the community," Li said. As Li states, the post-up has done more than just help the community; it has sparked a cultural revolution and created a common gesture that many Blazers can share.

Photo: Junior Peter Thuronyi shows way the post-up has caught the eye of many Blazers.

Photo: Junior Peter Thuronyi shows way the post-up has caught the eye of many Blazers. Photo courtesy of Samuel Pinczuk.

The significance of the post-up itself cannot be explained as it can only be achieved individually by a person. "The post-up is a good way to show individuality," junior Eduardo Hernandez said. Not only is the post-up seen in pictures but it can also be used between two people when they acknowledge each other. In addition, ones who are very experienced in the art of the post-up can comprehend the attitude an individual is expressing based on their post-up.

The post-up can carry a deeper message than seen on the surface. Junior Matt Kickenson agrees that one can communicate with a post-up. "The post-up helps me communicate to the world," Kickenson said. "It's pretty sweet." Senior Hallie Richie also agrees on this point, further elaborating on how someone can feel part of a group by doing the movement, "It says that you are part of a friend group," Richie said.

For some Blazers the post-up is more than just a signal, "It is an art form. It is a lifestyle," junior Benjamin Segal said.

The post-up is achieving new heights in popularity and in the benefits that it is supplying to Blazers in terms of individuality and communication. It is highly recommended that all Blazers take advantage of this significant signal for all it's worth. The post-up is the beginning of a cultural revolution that all Blazers are "#currently" a part of.