"The President's Own" U.S. Marine Band to play at Blair

A complementary concert will be held in Blair's auditorium on Oct. 24

On Thursday, Oct. 24, the "President's Own" Marine Band is scheduled to perform in the Blair Auditorium. This complimentary concert will take place at 7:30 p.m. and was primarily organized by Blair music teacher, Michelle Roberts. 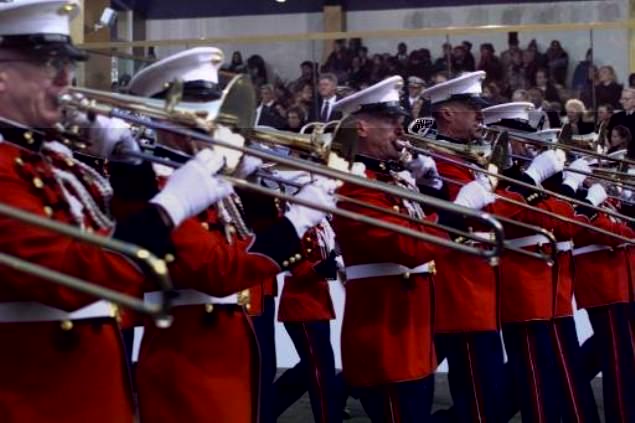 Photo: "The Presidents Own" U.S. Marine Band performs often all over the country.

Photo: "The Presidents Own" U.S. Marine Band performs often all over the country.

Roberts is very excited about the performance because they are the same group that performs for President Barack Obama. "They're amazing," Roberts said, "One of the premier wind ensembles in the country, and it is an honor that they are coming to Blair."

The concert has a "first come, first serve" rule. Roberts believes this rule will come into play on Thursday night because a packed house is expected. "People know about them and they have a following, it should be totally packed," Roberts said.

Roberts used past experience and timing to persuade "The President's Own" to perform in our auditorium. "They are on tour now and they were looking for a place to perform," Roberts recalls, "We have worked with them in the past and they were just kind enough to stop by and perform for us." 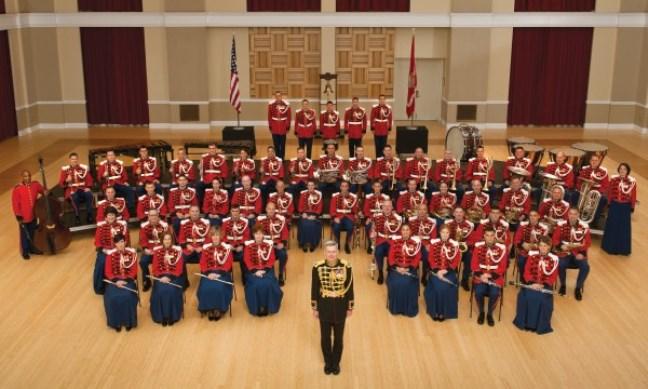 Photo: The U.S. Marine Band takes a group picture after a performance.

Photo: The U.S. Marine Band takes a group picture after a performance.

Many Blazers are looking forward to the performance as well. Among them, junior Max Salzman is intrigued by the idea of a band that plays for the President also playing at Blair. "It's pretty cool, I have interest in the concert," Salzman said, "They play for the President so I guess they must be really good. It's worth checking out."

Roberts was speaking very excitedly about "The President's Own" U.S. Marine Band playing a concert at Blair. She appreciates the band working so close to Blair and being willing to stop by and perform. "We are so lucky to be living in this area with so many talented musicians in our backyard," Roberts said, "It's the first time they are taking the whole band to a place they do not normally perform."