On Oct. 27, an informational meeting regarding the process of renaming Montgomery Blair High School was held over Zoom from 6:30 p.m. to 7:30 p.m. The hosts of the meeting – Principal Renay Johnson, Assistant to Associate Superintendent Frances Frost and Montgomery County Historical Society representative Ralph Buglass – guided the audience through the formal process to rename schools in Montgomery County, as well as the history of Montgomery Blair himself.

The meeting began with Frost delving into an informative description of the Board Policy FFA, detailing the process of naming a school. To begin, she explained that the name of a school must either be a geographic feature of Montgomery County or a name of a person who contributed to the community, county, state or nation. In addition, the name must reflect the core values and beliefs of the Board of Education of Montgomery County. 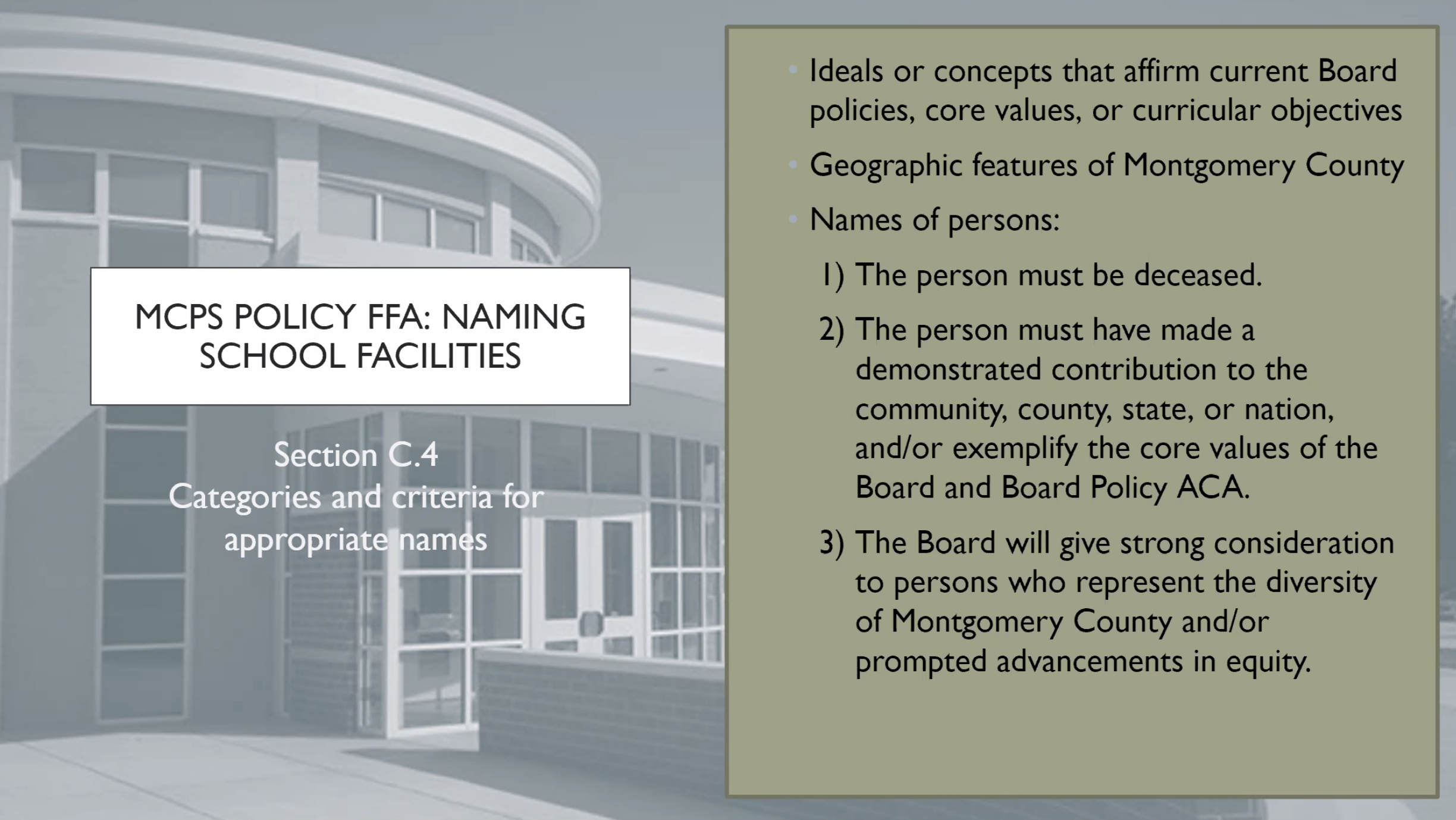 Frost later stated that Blair is not the only school in Montgomery County holding an information session about renaming schools. The names of five other schools – John Poole, Francis Scott Key, Richard Montgomery, Colonel Zadock Magruder and Thomas S. Wootton – have also been pulled aside to possibly be renamed.

To explain the reason that these schools were outed for their names, Buglass took over the conversation and diverted the topic towards Montgomery County Historical Society’s research. After conducting deep research, the organization found that the name representing these schools might not portray the Board of Education of Montgomery County’s core values. Specifically to Montgomery Blair, the namesake owned at least one slave during his life, which clearly conflicts with the community’s core values and beliefs.

Although this issue of Blair’s name is at the forefront of conversation, the school is not yet in the process of renaming. The full process involves five different stages starting with the initial petition to rename the school, and ending with the Board’s decision. 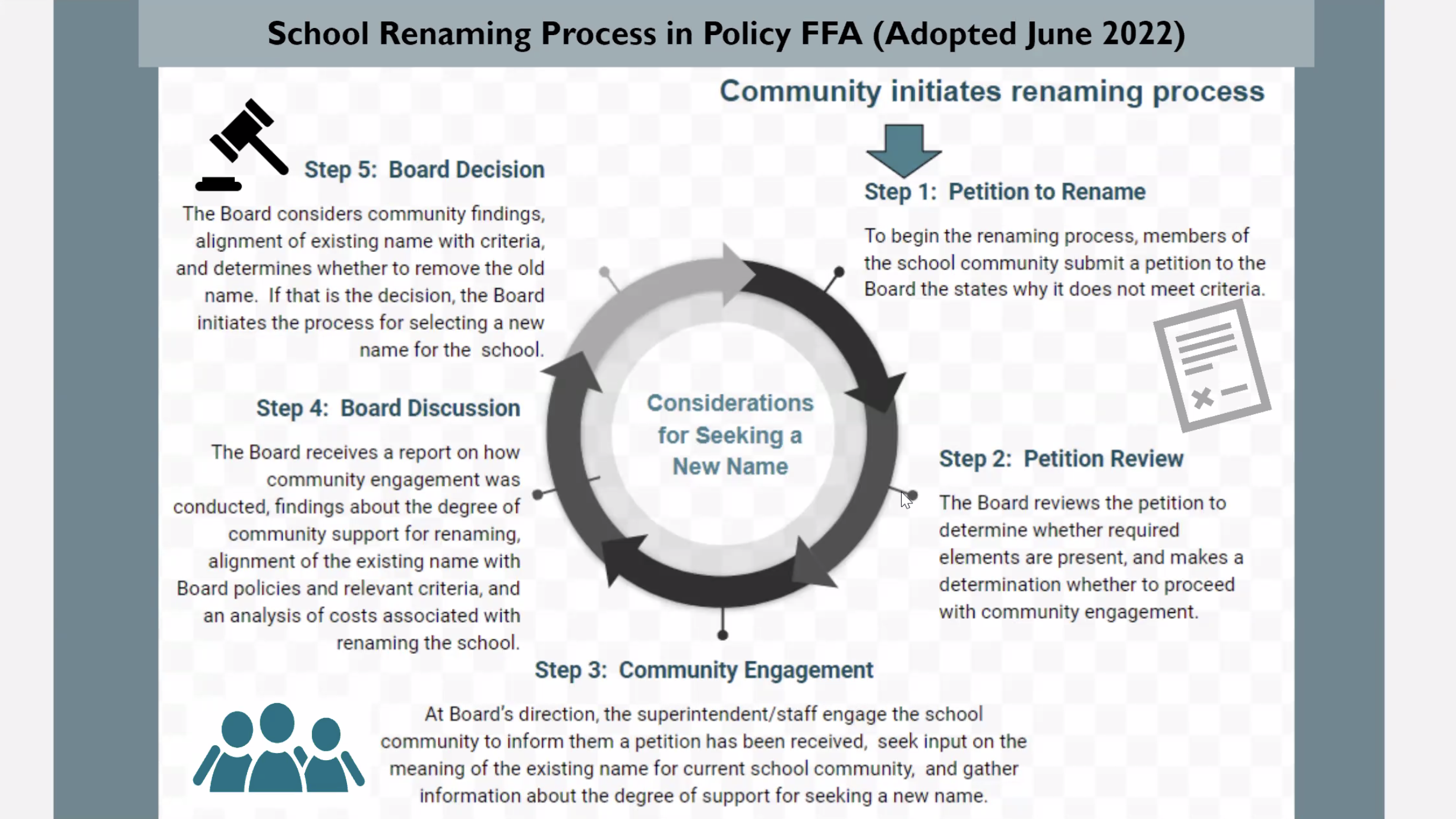 To close out the meeting, Buglass ended with a quote that spoke to the current situation of renaming schools in Montgomery County. “We, in the present, can choose what parts of the history we choose to honor and commemorate,” Buglass said.

At the moment, no petitions have been submitted to begin the process of renaming Blair.