High school movies that earned an A+

Ah, high school movies. These movies dramatize the very real and very awkward adolescent experiences that every Blazer endures. In our list of the eight best high school flicks, we SCO entertainment experts pick out the cream of the crop, giving detail and insight on what to expect from each teen film. From Ferris skipping class in "Ferris Bueller's Day Off" to Cady spreading rumors in "Mean Girls," what's not to love? 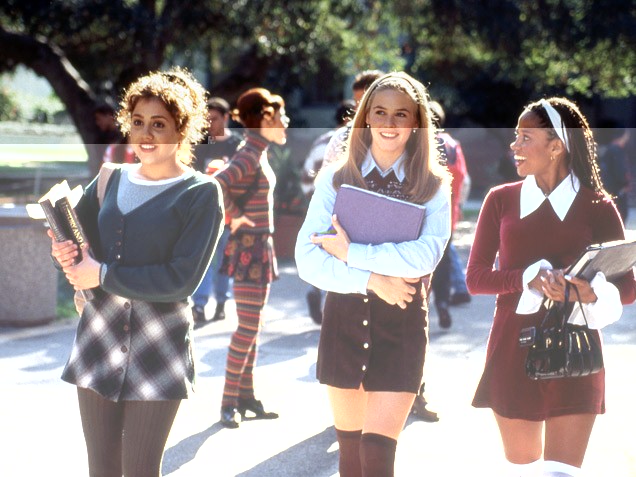 Set in a 1990s Beverly Hills high school, "Clueless" features a young Alicia Silverstone in her breakout role as Cher, a popular 15-year-old with a warm heart. Based on Jane Austen's classic novel "Emma," this high school flick centers on Cher and best friend Dionne (Stacey Dash), who rule the school while shopping for the best clothes and playing matchmaker every so often. After meeting underdressed transfer student Tai (Brittany Murphy), Cher feels obligated to educate Tai about the "dos and don'ts" of teenage life in Beverly Hills. "Clueless" captures the message of "Emma" to the tee – wealthy societies who care too much about social status and external beauty – while giving the classic novel a unique spin. In fact, when watching this film audiences will be surprised at how similar high school is to Victorian era England. "Clueless" also stars Paul Rudd as Cher's brainy ex-stepbrother Josh, who offers a sense of practicality and intelligence to an otherwise hilarious, but ditzy, cast of female protagonists. Despite their differences, Josh and Cher have perfect comedic timing and great chemistry, which seeds some of the best scenes in the movie. With plenty of memorable quotes to offer, "Clueless" has charm and wit that make it a classic.

The Breakfast Club (1985)
1980s high school hit "The Breakfast Club" tells the story of five disconnected classmates who bond after suffering from extreme boredom in Saturday detention. After a rough start to a long day, Andy (Emilio Estevez), Claire (Molly Ringwald), John (Judd Nelson), Allison (Ally Sheedy) and Brian (Anthony Michael Hall) learn to see each other as more than just another jock, spoiled princess, angry criminal, basket case or brainiac. The cast delivers moving performances as the characters struggle to live up to their parents' and peers' expectations – feelings that all high school students can relate to. As with Blazers, "The Breakfast Club's" high school students prove to be three-dimensional and manage to defy clichéd stereotypes. In a particularly deep movie about living with pressure, the actors deliver performances that are sure to touch the hearts of all audiences. 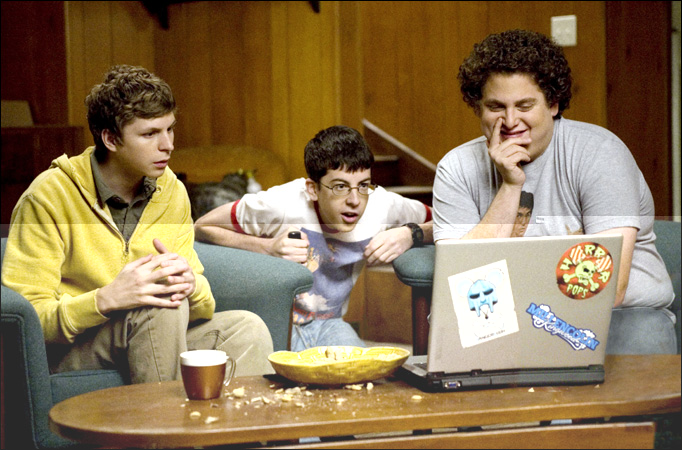 "Superbad" is a hilarious flick about two high school seniors' quest to hook up with their crushes. Evan (Michael Cera) and Seth (Jonah Hill) are life-long friends struggling to cope with the fact that they'll be going to different colleges. In an attempt to impress crushes Becca (Martha McIsaac) and Jules (Emma Stone) they agree to buy alcohol for a big graduation party – but their plan goes awry and pure comedy ensues. Director and co-writer Judd Apataw's talent at portraying a brutally realistic picture of high school students comes through in "Superbad;" and the acting is top-notch. Cera and Hill have terrific chemistry while Fogell, a.k.a. McLovin, (Christopher Mintz-Plasse) gives a downright gut-busting "nerd” performance. "Superbad" offers up the perfect mixture of raunchy scenes, golden one-line zingers and believable sentimentality. With a little something for everyone, "Superbad" is a high school movie all Blazers can enjoy.

Hoop Dreams (1994)
"Hoop Dreams" is an award-winning documentary about two inner-city Chicago teenagers, William Gates and Arthur Agee, on the road to becoming big-time college basketball players. The film begins when William and Arthur are freshmen in high school, and ends five years later as they start college. Director Steve James does an incredible job capturing all the aspects of inner-city life as well as the hard work that goes in to being a highly-touted high school athlete. For basketball documentary enthusiasts, this film towers above others such as "More than a Game," "Through the Fire," and "No Crossover: The trial of Allen Iverson." At the same time, "Hoop Dreams" is about much more than basketball, as it also focuses on tragedies in the lives of the two young men. Even if you're not a basketball fan, you'll find yourself glued to the screen when you watch "Hoop Dreams." 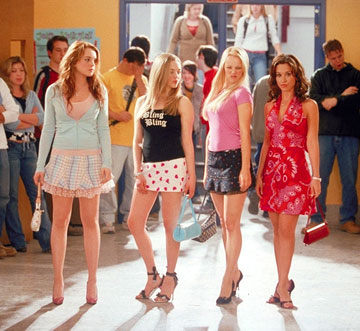 Lindsay Lohan portrays Cady Heron, a home-schooled teen who, at the age of 16, leaves South Africa to attend public school for the first time in suburban Illinois. In her new environment, Cady befriends "art freaks" Janis Ian (Lizzy Caplan) and Damian (Daniel Franzese). Then, when Cady inadvertently works her way into the complex girl world of the Plastics, the school's alpha clique, Cady, Janis and Damian plot a complex plan to dethrone the Plastic's Queen Bee. "Mean Girls" stands out from the sea of high school satires thanks to screenplay writer Tina Fey's signature comedic wit, which makes the film totally fetch. And thanks to stellar performances from Lohan and Rachel McAdams, just about every line of the movie is hilarious enough to quote. Watch this movie just once and there's a good chance that you will be hooked.

10 Things I Hate About You (1999)
All-star cast Julia Stiles, Heath Ledger, Larisa Oleynik and Joseph Gordon-Levitt join forces in "10 Things I Hate About You," a film loosely based on William Shakespeare's "Taming of the Shrew." The young cast portray high school students caught in a complicated love triangle – err, make that hexagon, and the romantic storylines quickly go from complicated to nearly indecipherable. Though the plot may seem complex, it never becomes tedious because of sharp acting and a great screenplay. In fact, the confusion that the characters go through actually keeps the movie interesting and audiences engaged. In addition to its now all-star cast, the movie's connections to Shakespearean literature make high school – even when studying Shakespeare – all the more enjoyable. To treat yourself to a classy flick with smart literary references, watch "10 Things I Hate About You.” 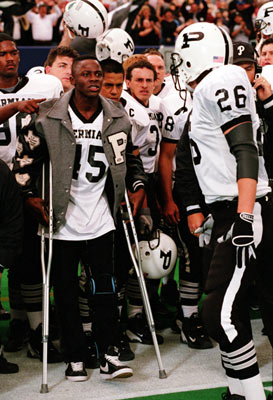 Set in Odessa, Texas, "Friday Night Lights" is about the 1988 Permian High School football team that must overcome numerous challenges, both on and off the field, in order to make a run at the state championship. "Friday Night Lights" succeeds in capturing the "adult" problems that some high school students face at a young age. For these teens, there are few opportunities to escape this impoverished southern town. Star runningback James "Boobie" Miles (Derek Luke) is a celebrity in Odessa, and has offers to play at USC and UCLA, among others. After suffering a torn ACL, Boobie is told that his high school football career is over, and his college scholarships disappear. Meanwhile new coach Gary Gaines (Billy Bob Thornton) faces criticism from a tough Permian fanbase, fullback Don Billingsley is abused by his father and quarterback Mich Winchell struggles with taking care of his ailing mother. Gameplay is captured wonderfully thanks to great camerawork. Luke has a stellar performance as Boobie Miles, as he does an amazing job conveying emotion to the audience. "Friday Night Lights" is a powerful story of a team coming together when at times it looks like their season is falling apart, and is a masterful movie to which all high school athletes can relate.

Ferris Bueller's Day Off (1986)
No list about high school flicks is complete without Ferris Bueller. "Ferris Bueller's Day Off" is a classic coming-of-age film about a kid who's determined to have a blast. In the movie, Ferris (Matthew Broderick) decides to skip school for a day and go to downtown Chicago with his best friend Cameron (Alan Ruck) and his girlfriend Sloane (Mia Sara). The trio avoids getting caught by their school principal and by Bueller's parents and spend the day having fun in a variety of ways. This 80s flick is a can't-miss for its comedic value as well as its stellar acting. Broderick is the perfect match for his role as Ferris, whose wit and charm allow him to skip school without consequence. Depicting teen angst and eventual maturity in a novel way, "Ferris Bueller's Day Off" claims the spot as the number one high school movie in history.