"The Return" should never have arrived

A disappointing plot leaves no hope for a scare

You know those movies that have really frightening previews on television but then just end up being so completely confusing that they're not even close to scary? If not, check out director Asif Kapadia's latest film, "The Return." Although this film is advertised as a thriller, the confusion of the plot is the only thing that will make you want to scream.

We've seen it all before. Joanna Mills (Sarah Michelle Gellar) is a young woman plagued by terrifying supernatural visions of the murder of a woman named Annie (Erinn Allison) in the town of LaSalle, Texas. Joanna has never met the woman in her nightmares and she has never been to the town where the murder occurres in her recurrent dream, but when she goes to visit the town, she recognizes places like barns and bars that she has never been to.

Now on a mission to solve the mystery of this woman, Joanna sets out to understand how the two of them are linked. Sadly, the plot drags on and the story line is flat with little emotion from the characters to connect to the audience. The dull and disconnected dialogue leaves viewers wondering what the heck just happened in the scene they just saw. 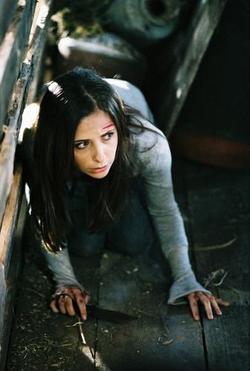 Photo: "The Return" is frighteningly slow.

Photo: "The Return" is frighteningly slow.

At one point in the film, Joanna is drawn to a barn that she has seen in one of her dreams. Once inside, she sees a mural on the wall of the barn that she realizes she's drawn herself, and, shortly afterward and seemingly at random, Joanna pulls out a knife and stabs herself in an almost comically dramatic scene. She is found by the owner of the barn, Terry Stahl (Peter O'Brien) who asks her why she has stabbed herself. Joanna replies that she does not know. And, to the viewer's frustration, the answer to the question is never answered throughout the rest of the film.

The scariest scenes from the movie include Joanna's persistent stalker, a stranger who calls her Sunshine. But that's not saying much; these scenes are only a few minutes long and offer only a mild dose of suspense. The reasons as to why this man killed Annie and why he is now after Joanna are never solved and just serve as an irritation.

The link between Joanna and Annie is only halfway explained, leaving us perplexed and even more disappointed. But the biggest mystery is why anyone would spend $9.50 on a film that would only leave them baffled.

"The Return" (85 minutes, area theaters) is rated PG-13 for scenes of graphic violence