The roar of the engines in Super Bowl 2012

As exciting the Super Bowl was, the commercials that were broadcasted in between the game's heart-racing quarters were just as amazing. While products such as Doritos and Coca-Cola make an annual appearance during Super Bowl, this year many car manufacturers used a variety of exciting and innovative tactics to grab the audience's attention. Through combinations of humor and celebrity cameos, car manufacturers were able to produce some of the best commercials in Super Bowl 2012. 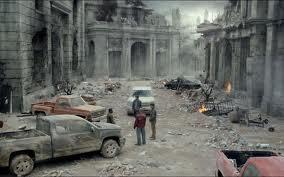 Photo: Chevys have the power to survive the apocalypse in this Super Bowl ad.

Photo: Chevys have the power to survive the apocalypse in this Super Bowl ad.

Set in the aftermath of the 2012 Mayan apocalypse, Chevrolet advertises the Chevy Silverado as a long-lasting vehicle that can survive the most extreme end-of-the-world scenarios. As the Silverado passes through the rubble of a large cityscape, it coolly drives by crashed UFOs, volcanoes and alien robot skulls like it was just another day of rush hour. The advertisement also pokes fun at one of its competitors, Ford. Dave, the survivor's friend, did not make it out alive with his Ford. "Dave did not drive the longest lasting most dependable truck on the road," said the survivor. "Dave drove a Ford." The Chevrolet commercial gives an original facelift of what it means for a vehicle to be long-lasting and reliable in car commercials.

Chrysler is not the only car company with clever advertising. Honda advertised its 2012 Honda CR-V by casting actor Matthew Broderick in homage to the 1985 classic movie "Ferris Bueller's Day Off." The commercial follows Broderick's day off in playing hooky from work with memorable scenes from the film, like Broderick staring introspectively at a painting and faking sickness over the phone with his boss. Instead of taking out the 1961 Ferrari GT like he did in the original film, he drives around serenely in his new Honda. Like the Chrysler ad, this Honda commercial cleverly uses celebrity testimony which comes off as fresh and also nostalgic for many fans of the actor. For those who haven't seen Ferris Bueller, the commercial is nevertheless fun to watch with slow-motion cars driving in the scenery and funky music playing in the background. 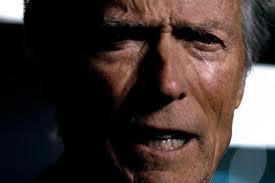 Photo: Clint Eastwood reprises his role as a straight-talker in the Super Bowl Chrysler ad.

Photo: Clint Eastwood reprises his role as a straight-talker in the Super Bowl Chrysler ad.

In one of the most inspirational and relevant ads to America's current economic state, the "Halftime in America" Chrysler commercial showed America's true spirit. Voiced by iconic actor and movie director Clint Eastwood, the commercial opens up with an optimistic comparison between America's grim unemployment rate and halftime at the Super Bowl while describing how the second half of the game will be America's chance to rebound from its recession. Eastwood reprises the honest straight-shooter character who tells it exactly how it is. With the motor industry going through tough times, his gritty western accent reassures Americans that they should have faith in industries such as Chrysler that can help build jobs back in cities such as Detroit. By advertising its cars as an all-American vehicle, Chrysler created one of the best ads in Super Bowl 2012 that hits home for every household in America.