The same in sound and silence

The loud clash and bang drew sophomore Hannah Jo Mounty-Weinstock into the kitchen. She found her parents smashing pots and pans as they cleaned up. "You'll have to stop doing that," she signed to them. The racket went unnoticed by her parents. After all, Mounty-Weinstock was the only person there who could hear what was happening. 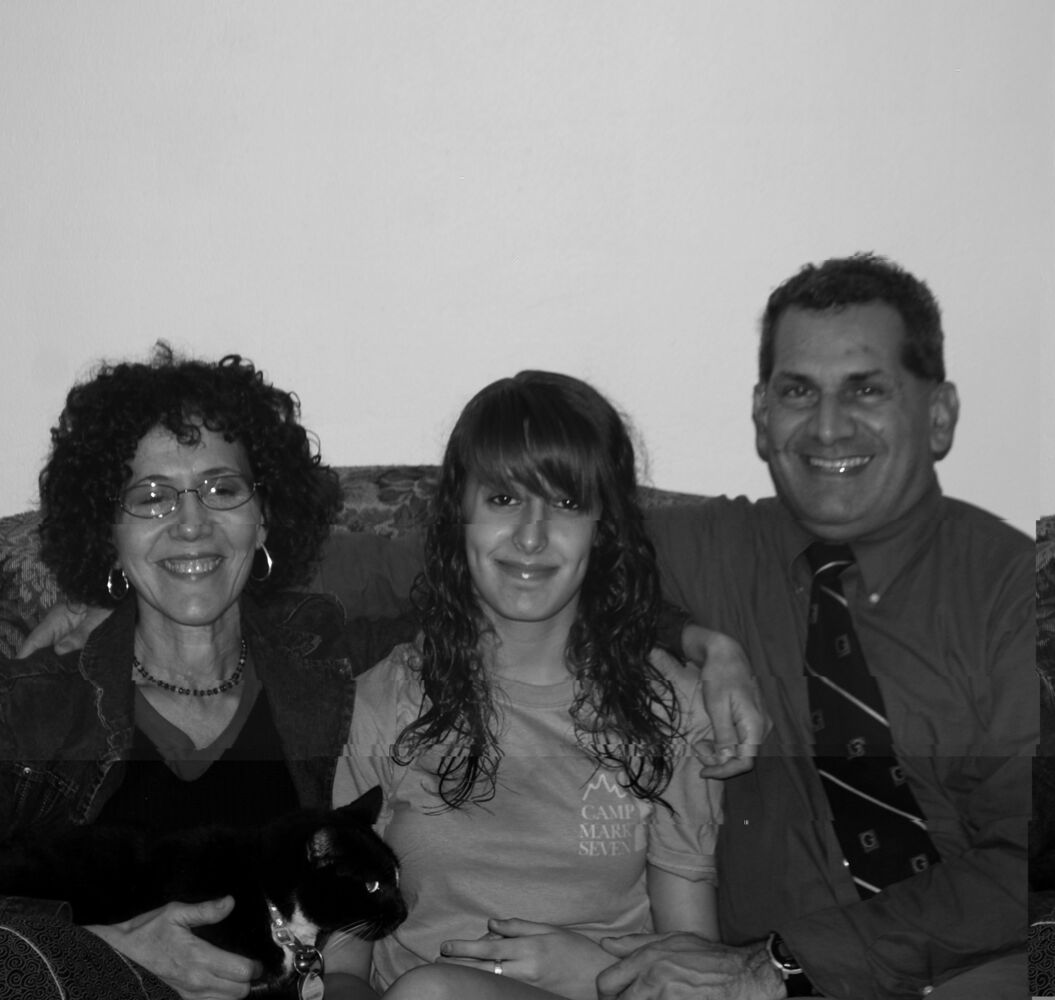 Like Mounty-Weinstock, millions of people nationwide are raised by deaf family members. Approximately one in every thousand people in the U.S. is deaf, and American Sign Language (ASL), the language used in the Deaf community, is the sixth most common language in the country, according to a 2000 study published by the Journal of Deaf Studies and Deaf Education (JDSDE). But the community of native ASL speakers diminishes with each generation because only five to ten percent of children born to deaf parents are also deaf, according to JDSDE. For Blazers with deaf parents, day-to-day communication involves straddling two different worlds.

A culture of silence

Because Mounty-Weinstock has been immersed in Deaf society (a capital letter is used when referring to the Deaf community) for her entire life, she has come to understand the basic differences between the hearing and Deaf worlds. She says that members of the Deaf community treat each other with greater respect and understanding becausexperience. Communication within the Deaf world relies on visual cues including hand gestures, body language, facial expressions and eye contact to convey the subtleties of the language, Mounty-Weinstock says. While the rest of the world may see deafness as an abnormality, it is the common standard within the Deaf community, even though the majority of people in the world are not deaf, says Mounty-Weinstock. "The Deaf mentality is that everyone is deaf, and the weird people are hearing," she explains.

Having grown up as a part of Deaf culture, kodas, the term in the Deaf community for hearing kids of deaf adults, adopt this mindset early on and do not view deafness as a disability. Millie Brother, the founder of Children of Deaf Adults (CODA) explains, "Deafness is not so much about a lack of hearing so much as a different style of communication." Organizations like CODA and Kids of Deaf Adults (KODA) sponsor national and global events for members to "come together to explore and celebrate their heritage," as Brother puts it.

Because kodas are so involved in the Deaf culture, deafness seems like nothing out of the ordinary. Mounty-Weinstock grew up unaware of the fact that she was different, and she says it was not until she was about five years old that she realized that the rest of the world did not have deaf parents, too. "For most of my childhood I was oblivious to the fact that everyone else was different," she says. Like Mounty-Weinstock, sophomore Kassandra Saravia, whose mother is deaf, says that she has never felt awkward in either community because she grew up with the feeling that participation in both the Deaf and hearing worlds was absolutely normal. 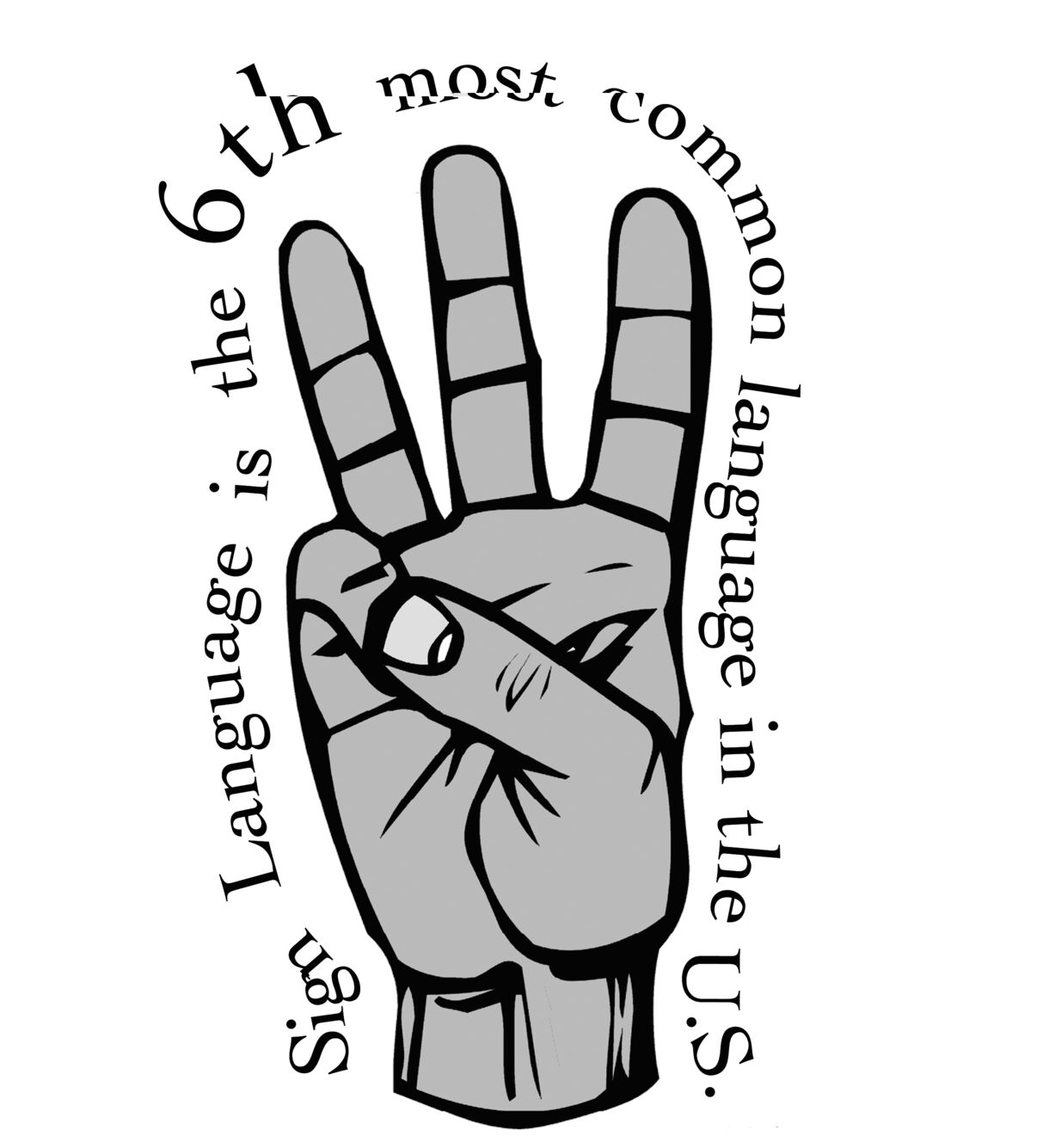 Photo:
Although she considered growing up with deaf parents to be normal, Mounty-Weinstock says that her parents' deafness has affected their family's social interactions in what is a predominantly hearing society. She explains that her parents rarely attend parties hosted by her friends' families. Events like concerts and movies are not an integral part of the Deaf lifestyle either. "I didn't have the experience of a movie theater until I was eight," she says. Even on the rare occasions when she and her family do go to see a movie in theaters, she says that it is often with a large group of other deaf people, for a closed captioned film.

But not all experiences that are specific to the Deaf world, like watching movies with subtitles or reminding one's parents that they are making too much noise, are ones that foster a negative disconnect between the two worlds. KODA sponsors a summer camp that allows kodas to come together to share their experiences living in both the Deaf and hearing worlds. Mounty-Weinstock attends KODA camp every year and feels a strong connection to the people she meets there because of their inherent commonalities. She says, "It's like being home for only two weeks a year."

Although there are differences in lifestyle between the two cultures, communication is not a problem for Mounty-Weinstock or Saravia. Mounty-Weinstock says her relationship with her parents has not suffered because of communication issues, and she believes herself to be closer with her parents than most hearing children are. "What they don't understand about me can't possibly amount to what others don't understand about their kids," she asserts.

Both Saravia and Mounty-Weinstock say that their parents would never ask them to act as an interpreter in formal situations, like at school events for parents or in legal matters. Brother says that although it is not uncommon for kodas to translate for their parents, there are certain environments in which it is inappropriate for children to interpret. She says that the context of the situation and the child's age are the major factors that would dictate proper etiquette. If a child is asked to interpret for the parents, Brother explains, it may put the child in an awkward position and may force them to handle situations that are beyond their maturity level. Mounty-Weinstock says she only translates for her parents when they are in a casual environment in the hearing world, like at the grocery store.

Mounty-Weinstock says she is typically able to seamlessly transition between signing at home and speaking at school. When she was younger, she recalls, it was more difficult to switch between languages. But she is used to the shift by now. She says that the two languages only clash when she occasionally uses a communication technique called SimCom, short for simultaneous communication. SimCom, an uncommon practice within the Deaf world, involves signing in ASL and speaking in English at the same time. Mounty-Weinstock says that her parents sometimes ask her to SimCom because it helps them develop their very limited hearing capabilities.

However, according to Thomas Bull, the CODA national outreach coordinator, SimCom is not generally used in the Deaf community because it is not a legitimate language. He describes it as a mixture of visual and spoken language that results in the equivalent of Spanglish. He says that both languages suffer through the use of SimCom. "It's like how mixing oatmeal and another cereal doesn't taste good. You can't taste the flavor of either one," says Bull. "You don't do either language justice," he says.

Saravia and Mounty-Weinstock say that even though they understand such particulars of the Deaf culture and language, many people are ignorant of the Deaf world. Mounty-Weinstock says she has often encountered exasperating questions. "I've had people ask me, 'Oh, can you guys read Braille? Can they drive? Can they read?'" Her reply: "They're not blind!" She says that she often has to explain aspects of the Deaf lifestyle that she thinks should be obvious. She has also faced blatant prejudice. "I've seen people making fun of it as if it's some kind of joke. Like all deaf people are dumb and stupid, which is the farthest thing from the truth," she says. 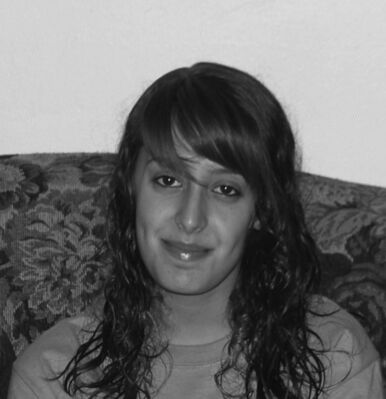 Photo: Sophomore Hannah Jo Mounty-Weinstock, who is fluent in sign language, grew up as the only hearing person in her household.

Photo: Sophomore Hannah Jo Mounty-Weinstock, who is fluent in sign language, grew up as the only hearing person in her household.

Kodas, on the other hand, learn from their experiences to empathize with a wide range of people. Brother notes that many kodas are more open-minded and sensitive to others as a result of their experiences with deaf family. She says, "Kodas do have a heightened sense of respect." Saravia says being raised by a deaf mother has made her more patient and aware of others. "You can understand people better," she explains. "It's easier to listen to people." Mounty-Weinstock describes how she is able to relate and communicate better with people who do not speak English. Mounty-Weinstein uses her greater knowledge of and familiarity with gestures to communicate with other people who do not speak the language.

Being a part of the Deaf and hearing cultures in an incomparable experience for kodas, says Mounty-Weinstock. She says one counselor from KODA camp has a quote she uses to portray the intricacies of the communication and culture of the Deaf world. She says, "From the outside in, you can't understand it. From the inside out, you can't explain it."

Sign up to sign Mounty-Weinstock and other Blazers interested in the culture and language of the Deaf community are a part of Blair's American Sign Language (ASL) Club. Media teacher Shay Taylor, the sponsor of the club, first started an ASL club at her old teaching position at Eastern Middle School and brought the idea to Blair in 2003. The ASL Club not only teaches a new language, but also introduces students to a whole new culture. The club meets Tuesdays or Thursdays (TBD) in room 100 from 2:15 to 4:00 p.m.