For capital commuters, getting around will soon become a nightmare

In a twisted turn of fate, the checkpoint horrors of the airport meet the reality of everyday commuting. It sounds like a bad movie, but it's coming to the Washington, D.C. Metropolitan area with no chance of going straight to DVD. 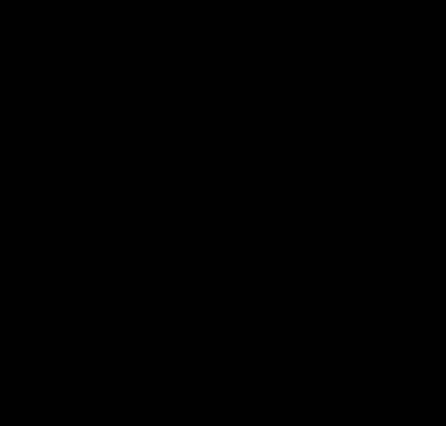 The Washington Metropolitan Area Transit Authority (WMATA), in response to possible security threats, has decided to create a new security protocol to address potential terrorism. When circumstances warrant, the Transit Police will randomly search travelers' bags. The hope is to deter terrorism; the reality is that it is all part of what security guru Bruce Schneirer calls "security theater" - measures designed to make travelers feel better without addressing actual security needs.

With 86 rail stations and 12,000 bus stops, the WMATA, which runs Metrorail and Metrobus, has a rather difficult task ahead of them in securing the nation's second most traveled transit system. The system of random checks on random days will accomplish little other than irritate passengers. In response to these checks, cunning terrorists will alter their plans whereas cunning passengers will decide to avoid the Metro's hassles completely.

Of the 800,000 typical weekday WMATA trips, a percentage are sure to get rerouted to the roads by riders who want to avoid the time and hassle of the security checks. With Metro stations in shambles and delays a typical expectation, WMATA cannot afford to lose any more precious customers. Because WMATA receives 57.6 percent of its funding from fares (the other 42.4 percent coming from local and state governments), a drop in ridership would almost certainly mean another price hike for riders.

Costs aside, the new WMATA program is simply not an effective measure of prevention. Since travelers reserve the right to refuse a search and instead exit the station, terrorists also reserve this right. A terrorist who finds himself stuck at a security checkpoint can simply refuse the search, exit the station, catch a cab and carry out his plans at the next Metro stop.

The program institutes a random selection procedure to search passengers. Accordingly, if every 18th person is searched, the other 17 walk through normally. Under this circumstance a terrorist has a 94 percent chance of getting through a security checkpoint without even getting asked to be searched. This type of security measure is a useless inconvenience to passengers and only a minor and ineffective irritation to terrorists.

Supporters invoke the "better safe than sorry" motto as a defense of the program. However, according to the Washington Post, transit systems across the nation that have implemented similar search programs have never found explosives. Not to mention that if this statement were taken to heart, one would almost certainly never go anywhere or do anything in a public place for fear of terrorism.

While riders will put their fears aside to get to work on Metro, most certainly will not ignore their time constraints. Though WMATA claims each search will only take eight to 15 seconds, they fail to note that this will quickly cause a chain reaction, leading to a passenger backup. If a person is carrying two bags - say a gym bag and a backpack - suddenly the time doubles.

During rush hour, the issue of time is exacerbated - choosing the 18th rider becomes infinitely more difficult in a sea of people. With riders storming through the turnstiles on their way to the office, the five-man security teams will be forced to cause major delays in an attempt to carry out their duties.

The Transit Police should be concentrated on real everyday threats rather than diverting their limited personnel to theoretical terrorism. In 2007, the Transit Police reported 1,577 crimes committed on WMATA property; that same year, zero people in all of Washington, D.C., were injured or died due to terrorism. Focusing resources on the bag searching program will sidetrack officers from their regular patrol beats.

The only benefit these searches create is a false sense of security. Commuters see police "in action" and therefore feel safer, despite almost no improvement in safety. The best efforts to prevent terrorism are usually invisible. They involve intelligence gathering that targets terrorists themselves, not their specific plans. Instead of having officers serve as useless bag checkers, have them act as first responders or as the last layer of protection for when preemptive measures fail. The uncalculated WMATA searches will do little beside remind commuters that the art of security is best kept out of the theater.