For the last decade, humanity has been on the precipice of creating technology that will rewrite the world as we know it. Technological advancements are being made across all fields, including medicine, communications and transportation, that will dramatically shape the way millions live their lives. Dr. Rocco Leonard Martino, a renowned astrophysicist and rocket scientist, predicts that the "Second Renaissance" is upon us and that in 2018, technology that is considered to be science fiction will be released to the general public. Looking into the new year, here are two futuristic concepts that have become a reality.

Medical nanotechnology is the driving force that has the capacity to change the medicine industry and radically extend life expectancy. Combined with existing knowledge of molecular and cellular biology, the Universitat Politècnica de Catalunya predicts that quicker and more accurate diagnostic techniques will be developed in the near future, as well as new treatments that will center around the regeneration of an organism. Josep Anton Planell, the director of the Institute for Bioengineering in Catalonia, Spain, describes the technology, "It will be possible to design intelligent biomaterials that, when placed where damaged tissue needs to be regenerated, will be able to stimulate the stem cells to do what we want them to do," Planell explains. 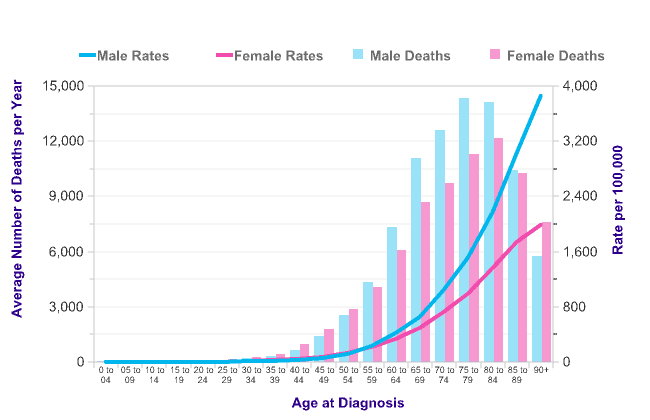 Photo: Ever since the turn of the century, the average human life span has exponentially increased.

Photo: Ever since the turn of the century, the average human life span has exponentially increased.

In addition to the regeneration of cells using nanotechnology, scientists are also looking into growing noses, ears, and blood vessels using the stem cells of the patient who requires the transplant. In research facilities in London, patients have already received lab-made organs including ear ducts, blood vessels and windpipes. The man spearheading the charge is Dr. Alexander Seifalian, a professor at the University College of London. In 2017, Seifalian and his team created an artificial nose for a patient who lost his to cancer. The scientists used stem cells from the patient's fat and grew the cover for the nose scaffold in less than two weeks. Seifalian then implanted the nose into the man's forearm so that skin would grow over and cover it. While the scientist is currently awaiting approval from the proper regulatory authorities to transfer the nose onto the patient's face, Seifalian hopes that the medical procedure should be approved in the new year. He hopes that in the near future, researchers will be able to generate more complex organs like the kidney, lungs or even the heart. Rudi Westendorp is a Professor of Medicine of Old Age at the Health and Medical Sciences Faculty at the University of Copenhagen in Belgium and he believes that the first person to live to 135 has already been born. According to the Belgium Department of Public Health other scientists have taken the prediction even further, stating that the birth of the first person who will live to 1,000 will occur within the year. In the last century, humans have transformed the earth to make it more sustainable for mankind,by providing sufficient food and clean drinking water for the world's population, and eradicating many infectious diseases. The principal causes of death--starvation and disease--no longer have as a firm of grasp on mankind. Since 1900, the average life expectancy has doubled from 40 to 80 years. In 1997, Jeanne Calment shocked the world, living to the unprecedented age of 122. Currently, humans are living longer, and in the near future radical life extension may become common reality.

Only a decade ago, artificial intelligence seemed far fetched— something that lived in movies like Blade Runner and Robocop. But now it's here. For the last decade, technology in artificial intelligence (AI) has been advancing at an exponential rate. In 2002 Roomba— the autonomous vacuum that can navigate around obstacles— was all the rage. Now we have machines like Deep Blue also developed by IBM , that can win games of chess and Go against the most qualified competitors, and cheetah robots that can not only move fast, but can also navigate its settings and regain balance after it has been hit. 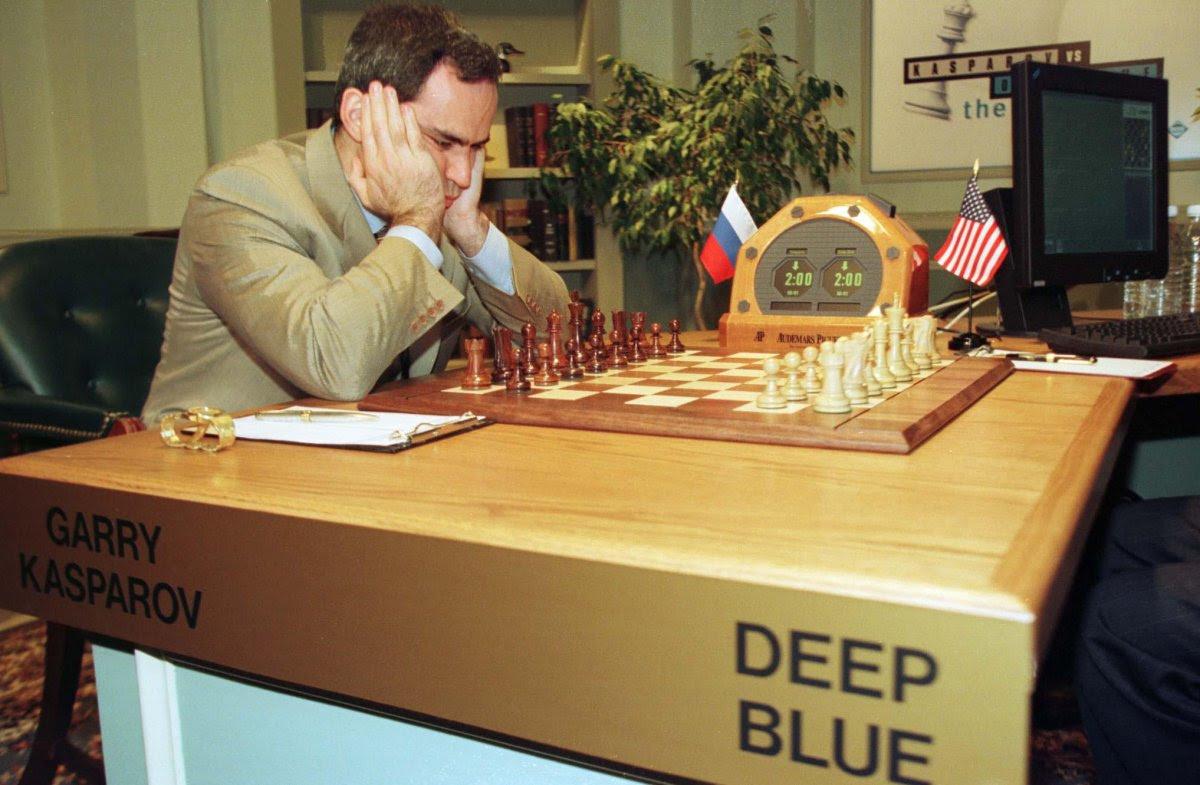 One of the latest breakthroughs in autonomous technology is Sophia. Sophia is the first robot to become a legalized citizen in Dubai. Sophia is programmed to hold eye contact, recognize faces, and understand human speech. She's like a physical Siri. However, what makes Sophia so astonishing is her face. Sophia's face is eerily realistic, supposedly modeled after Audrey Hepburn. Sophia also has the ability to put on facial expressions. Just look at her in an interview with Good Morning Britain. Putting her chilling robotic voice aside, Sophia's dynamic facial capabilities allow her to convey feelings, such as humor when telling a joke. This is only the beginning. In 2018, robots will start looking less like clunky boxes of metal and more like human beings.In the future, autonomous robots will not only look like humans, but also have the same motion fluidity as humans. Boston Dynamics, a pioneer in robotics and autonomy, is currently working on a robot named Atlas. Atlas has the ability to walk, lift items, regain balance, and recover to an upright position when fallen; its motion and frame resembles that of a human . Atlas can even do a backflip. While we are nowhere close to creating robots that are spitting images of humans, like in the movie Ex Machina, we can expect more autonomous machines like Atlas that can mimic human motion to a high degree, in the near future. 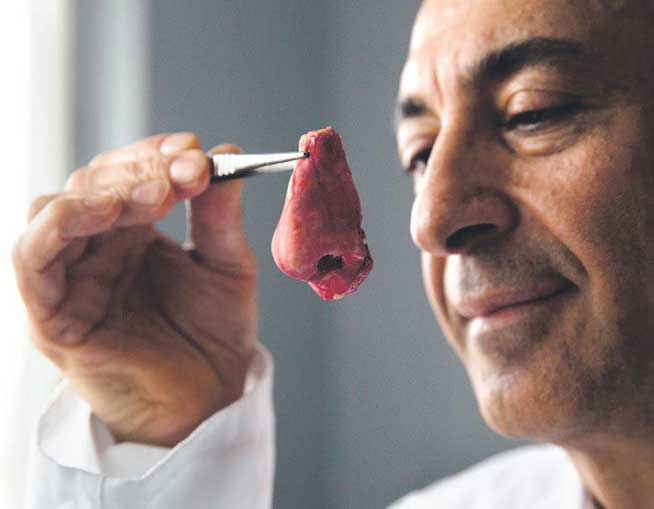 Photo: Professor Alexander Seifalian with an artificial nose made of polymer.

Photo: Professor Alexander Seifalian with an artificial nose made of polymer.

From a motion standpoint, robots have a long way to go. However, from an intellectual standpoint, they are already beating us. In 2011, the IBM watson obliterated its competition in a game of jeopardy. Recently, artificial intelligence programs built by Alibaba and Microsoft beat the renowned Stanford reading test devised to measure the capabilities of AI software. Microsoft spokesman

Andrew Picku says that these tests serve as a benchmark, "These kinds of test are certainly useful benchmarks for how far along the AI journey we may be. However, the real benefit of AI is when it is used in harmony with humans".With new innovations ranging from medicine and life extension to artificial intelligence, humanity has made great strides technologically in recent years. Mankind is on the precipice of making unfathomable scientific discoveries that will impact and transform the lives of millions of people. This is the start of a second Renaissance and we'll just have to wait and see what new inventions are revealed in 2018.