SAT and ACT crackdown on cheaters doesn't address the problem

Standardized testers have finally found the way to end cheating, or so they say. Last month, both the SAT reasoning test (SAT) and ACT announced that as of fall 2012, test scores would be sent directly to students' schools along with a picture of the test-taker submitted during test registration. The standby option, where students can register on the spot, will no longer be available and more identity checks will be administered to ensure that the name on the test belongs to the person taking it. The changes were fueled by stories of students hiring individuals, often already in college, to take the tests for them, including the case in September where a current Emory University sophomore took tests for six different students. 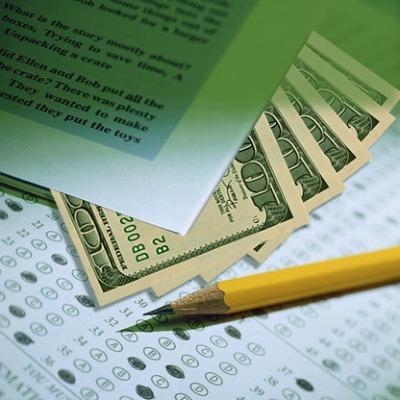 Photo: The SAT and ACT have enhanced security precautions after a slew of cheating scandals.

Photo: The SAT and ACT have enhanced security precautions after a slew of cheating scandals. Photo courtesy of Forbes.com.

The SAT and ACT have long been the bane of any high school junior's existence. Since their creations in 1929 and 1956, respectively, almost every major college has wanted to see a student's test scores. The SAT is not an indicator of intelligence, hence it's name change from scholastic aptitude test, to scholastic assessment test, to just SAT, an empty acronym. Colleges, however, still rely on it, along with grade point average (GPA), extracurricular activities, and essays to see just what kind of student is applying to their school. When so much pressure to succeed is put on an individual's performance for fours hours on one Saturday morning, it's likely that cheating will occur.

Though cheating should not be condoned, these revisions to test security aren't addressing the real issues that come along with the scandal. Firstly, overcomplicating the registration and test taking process for future test-takers is useless. The majority of those who have previously cheated on the standardized test will escape unscathed. Those who have been caught are allowed to cancel scores, hiding them from the schools to which they apply. In addition, both the SAT and ACT offer retakes to perceived cheaters free of charge, and if scores fall within a certain range of the first test, the original score is maintained. The people who face the brunt of the punishment, fines and jail time, are those who take the test for others, those who have cracked the code and know how to get a score of 2200 or better each and every time they take it. Though they shouldn't be rewarded for identity theft, the fact that they have mastered the test should prove to test makers that SAT and ACT are measures of preparation and not knowledge. The person taking the test is no more culpable than the person who paid him upwards of a thousand dollars to take it.

The next problem that might occur with the inclusion of picture identification is the addition of stereotypes and other preconceptions. Though the pictures are intended to prevent fraud and as a basis of comparison at various points during the test taking process, put into the wrong hands, these pictures could be catastrophic. The addition of photo identification could provide one more reason a person could be labeled as suspicious. In such cases as racial profiling, a test taker could be labeled suspect based on appearance.

The greatest issue with the new system, however, isn't profiling or undue punishment. It's that the heart of the problem remains. Why does the American education system put so much pressure on students that cheating has become such a widespread problem? If the SAT isn't measuring intelligence, what is it measuring, and why is there so much emphasis on it?

Instead of adding pictures and school checks to the already nerve-wracking process of taking these tests, there needs to be a reform, not just of the SAT and ACT testing but of the American education system's focus on standardized testing. Kids are taught from a young age to do well on tests – with standardized assessments starting in elementary school and leading eventually to the SAT; that these tests are indicators of a student's intelligence. Some schools however, are becoming SAT-optional, placing an emphasis not on a test but on other components that make students unique. Wake Forest University, ranked 25th in the country in the 2011 News and World Report of Best Colleges, does not require students to submit standardized tests, a practice that more colleges need to embrace. With less of a focus on how much a person studies, and a more of a push to get students to actually learn, cheating wouldn't be such an issue. Admission into college would be focused on your entire high school experience, and not those four stressful hours spent bubbling answers on a Scantron.