For those looking for a good laugh at the movies, look no further than "The Uninvited." Don't let the trailer or advertisements for this cinematic rubbish fool you, the only thing scary about this movie is the fact that it costs money to see it.

The story follows Anna Rydell (Emily Browning) as she returns to her home after being sent to a mental hospital for trying to commit suicide after her mother died in an explosion from a mysterious gas leak. Upon returning to her sister Alex (Arielle Kebbel), father (David Strathaim) and her dad's new girlfriend Rachael (Elizabeth Banks), Anna begins having visions of her dead mother as well as other deceased people, leading her to believe Rachael caused the explosion. As Anna and her sister try to unveil the enigma behind their mother's death, the hauntings continue to burden Anna until she finally uncovers the truth. 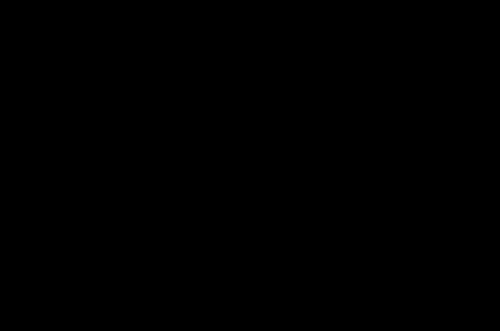 Photo: Anna Rydell (Emily Browning), with the help of her sister Alex (Arielle Kebbel) struggles to rid herself of "The Uninvited" guests who haunt her. Picture courtesy of Cold Spring Pictures.

Photo: Anna Rydell (Emily Browning), with the help of her sister Alex (Arielle Kebbel) struggles to rid herself of "The Uninvited" guests who haunt her. Picture courtesy of Cold Spring Pictures.

This movie possessed the three must- haves of a modern horror movie: a pretty and fragile protagonist, half decomposed creatures crawling towards that protagonist and creepy stoic children haunting that protagonist. But while this movie covered the eerie basics, it lacked that sinister atmosphere that every scary movie needs to engross the viewer. One would think that the producers of "The Ring" and "Disturbia" would understand how to set the mood for a horror flick but, instead, all they gave us was an occasional dimming of the lights and a brief tune played on the violin.

The shortage of menacing ambiance is primarily what shifted "The Uninvited" from horror movie to comedy. What should have been scary scenes between Anna and her deceased, decaying mother were comical and cheesy due to the absence of a creepy atmosphere in this movie. At one point in the film, Anna visits the location of the gas explosion and sees her zombie-like mother pointing towards Rachael's direction. Her mom begins to scream "murderer!" and approaches Anna. The over-acted shrieks from Anna's mother coupled with the amusing way that she walks made this moment rather laughable.

The film's plot was an awkward combination of murder-mystery and horror. The story of a father's mistress killing his wife for her own personal gain is about as original as Anna's encounters with dead crawling people. The weak plot cannot be saved with a surprise twist at the end, because by then, viewers are already either too lost or disinterested to care.

Though the star of the film, Browning does absolutely nothing to enhance the eeriness of this movie. Supposedly fresh from a mental institution, Anna is meek and far too innocent in Browning's portrayal. She spends most of the film concealing her Australian accent while trying to deliver the script's weak lines. Instead of empathizing with her, the viewer might have an easier time laughing at her confusion and alarm.

The scariness of "The Ring" and the suspense of "Disturbia" could not be found in this dud of a film. The predictable over-acted dialogue and amusingly fake walking corpses made this horror genre film anything but. The economic crisis is more scream-worthy than this drivel.