After knocking out France in the quarterfinal, there was no real competition left for the Americans.

On July 7, the United States defeated the Netherlands 2-0 in the final of the 2019 Women's World Cup at the Parc Olympique Lyonnais, located in Décines-Charpieu, France. But the United States' second consecutive World Cup championship was won long before co-captain Megan Rapinoe's game-winning penalty kick in the 61st minute of the final. It was decided before the final, even before the semi-final. The United States practically guaranteed another World Cup win when they beat France 2-1 in the quarterfinal.

Coming into the tournament, the U.S. and France were the favorites. The Americans, the defending champions, were ranked number one in the world according to the International Federation of Association Football (FIFA), and France had the home team advantage.

Both teams won their groups handily and looked strong going into the knockout stage. However, due to the layout of the World Cup's bracket, France and the U.S., arguably the two strongest teams in the group stage, were set to meet in the quarterfinal.

In the first round of the knockout stage, the U.S. faced Spain, who proved to be more worthy opponents than many were expecting them to be. But the Americans pulled through with a 2-1 victory. France faced a tough Brazilian side, but also won with a score of 2-1. At this point, both teams were preparing for their next match, which would be against each other in a few days time.

The highly-anticipated quarterfinal started out with a bang, with Rapinoe slipping the ball behind French goalie Sarah Bouhaddi in the fifth minute on a free kick. Although both sides continued to make solid offensive runs, the score held for the rest of the first half, and for the first twenty minutes of the second half until Rapinoe scored again in the 65th minute off of a well-placed pass from Tobin Heath. 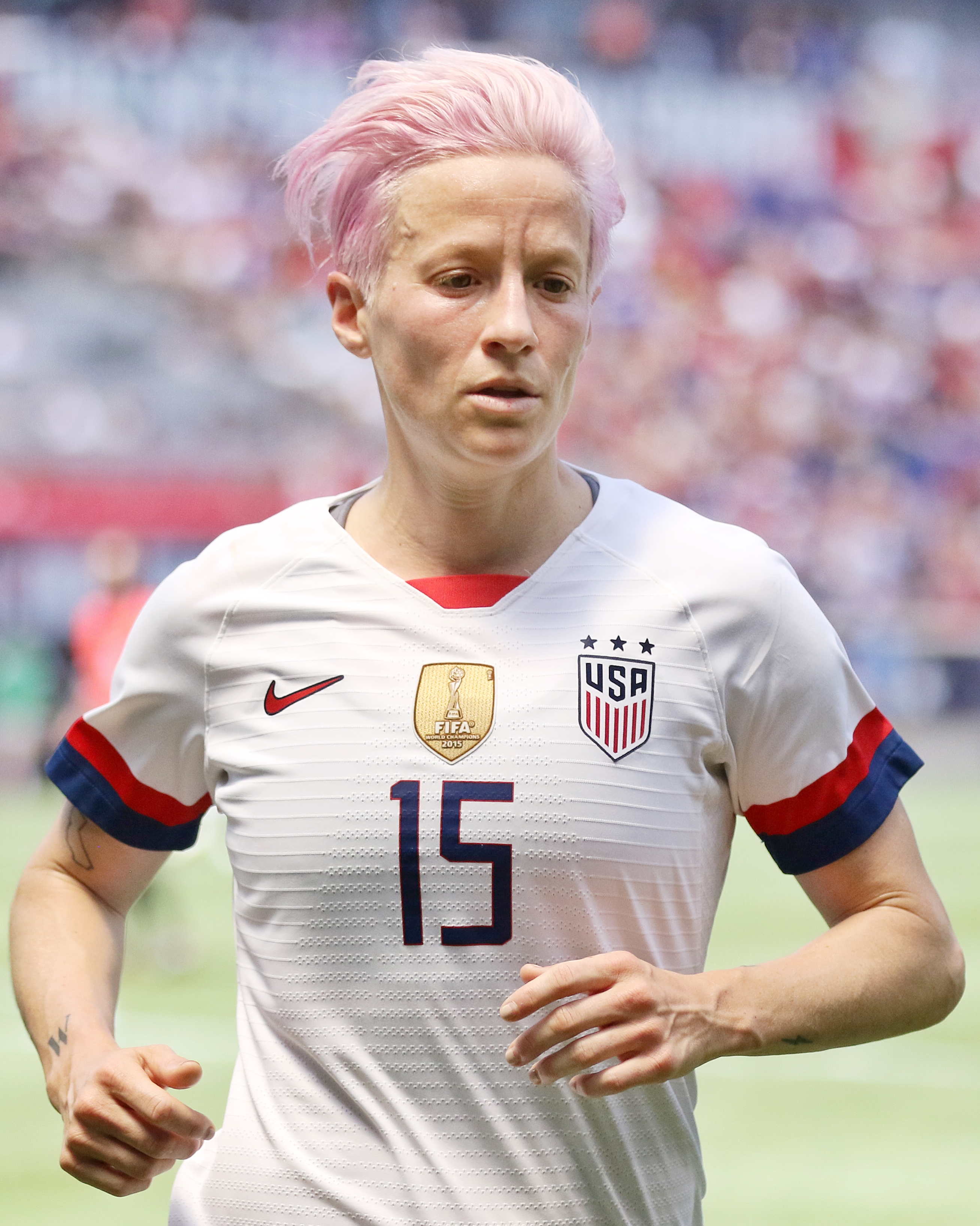 Photo: Rapinoe during a match in May of this year (picture per Jamie Smed, https://creativecommons.org/licenses/by/2.0/deed.en).

Photo: Rapinoe during a match in May of this year (picture per Jamie Smed, https://creativecommons.org/licenses/by/2.0/deed.en).

The U.S. almost went up by three, which would have created a deficit that would have been nearly impossible for France to recover from, but Heath was called offside after scoring on Bouhaddi in the 75th minute.

France then began to make a comeback, with a header from Wendie Renard to close the gap to a one-goal game in the 81st minute. Unfortunately for France, there was too little time left for them to tie it up, and the United States advanced, knocking out the home team in the process.

France lost, despite the fact that they had maintained possession for the majority of the game, had completed more passes and had taken more shots. Perhaps they could have pulled away with the win if they had taken advantage of the weaknesses in the American side that Spain had exposed.

For the rest of their World Cup run, the U.S. didn't have to face a team of the same caliber as the French side. It was an extremely close game against England, but the United States kept the possession game and number of passes completed much closer, and took more shots.

The Netherlands were the "dark horse" of the tournament. Most people didn't expect them to go as far as they had. They played well in the final, but the Americans still beat them without much difficulty.

The win came at a critical time for the U.S. Women’s National Team, given the court case they filed earlier this year against the U.S. Soccer Federation on the basis of unequal treatment to the men’s team despite better performances.

It will also be interesting to see whether or not the team actually sticks to Rapinoe’s claim that they won’t be going to the White House if invited by President Trump, due to the team’s disagreements with several of his policies.