A cultural celebration of hispanic countries through lively dances, songs, and parades 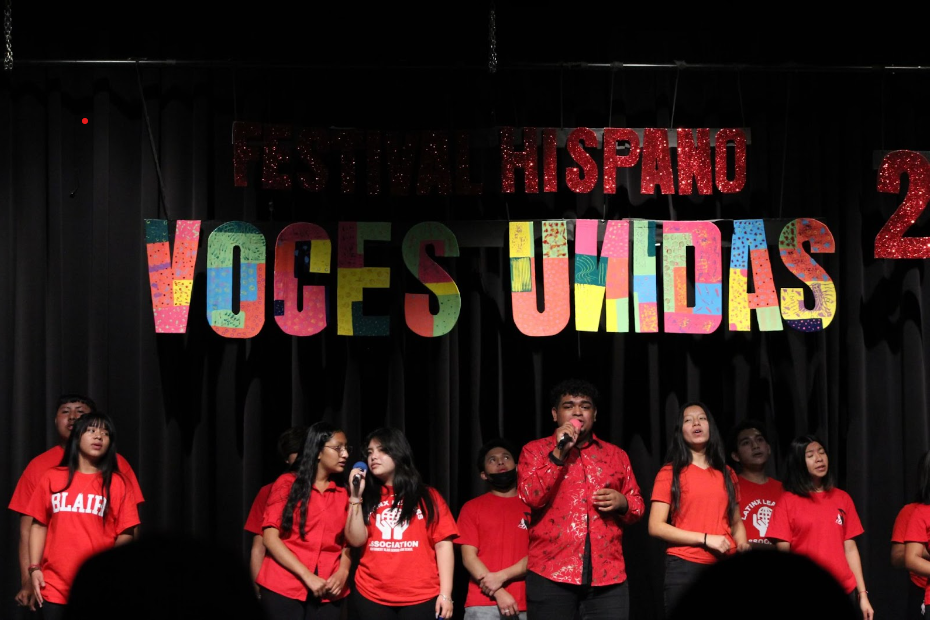 Photo: Multiple performers come together for a chorus song.

On Oct. 14, the Voces Unidas Hispanic Festival took place at Montgomery Blair High School from 6:00 p.m. to 7:30 p.m. The event celebrated the histories, cultures and contributions of 20 Spanish-speaking countries through multiple songs, dances and parades.

When the doors opened a little before 6:00 p.m., anyone was able to enter free of charge and enjoy a free pupusa. 30 minutes later, audience members were ushered into the auditorium, where the main event took place.

After the lights dimmed and the crowd hushed, joyous Latin American music played out of the speakers, setting the mood for the night. Two parades, each of 10 people, filed down the aisles next to the audience members, then proceeded to walk onto the stage and behind the curtains. One-by-one, a representative of a hispanic country emerged and walked to the front of the stage, presenting their country with traditional clothing or one of the nation’s soccer jerseys. Once every representative finished their walk, they paired up to bring out miniature flags of every country.

The hosts of the festival, Montgomery Blair students Uziel González and Abi Torres, presented every performance throughout the event in an upbeat and engaging manner. Every time before a new group entered the stage, these hosts introduced each performer and provided background information on how long the performers had spent mastering the dance or song. 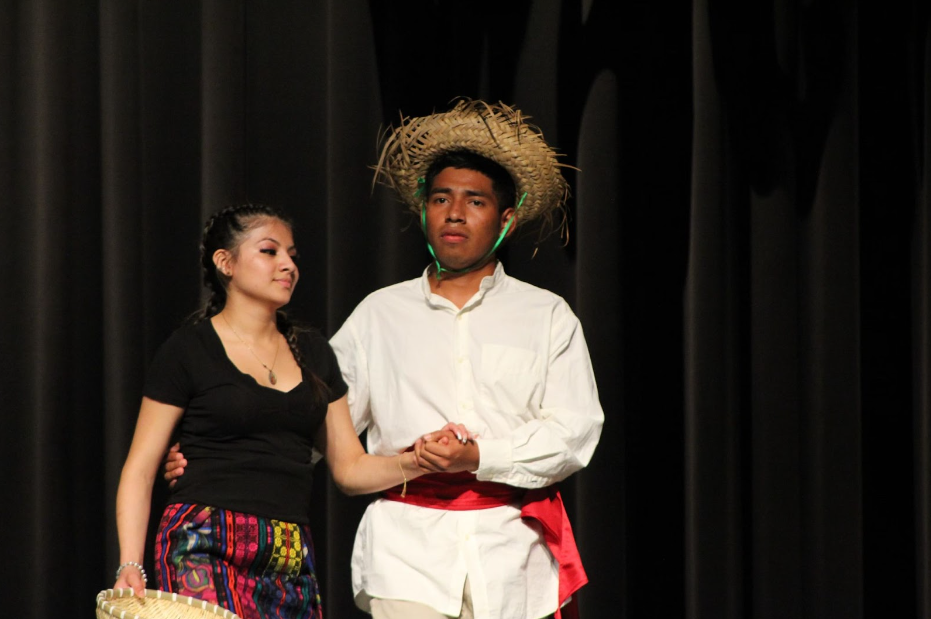 Photo: Two dancers pair up for a Guatemalan folklore dance.

As the night went on, countless individuals represented their hispanic country and culture through various songs and dances. While there were multiple highlights throughout the festival, the crowd especially enjoyed a Guatemalan folklore dance where colorfully dressed boys and girls paired up to spin each other around and groove to the music. Another highlight included a powerful poem, “Nosotros estamos aquí” written and presented by members of La Esquina Latina that illustrated that while hispanic’s culture spreads and flourishes around the world, they remain present and will always be present.

To close out the event, every performer and staff member came onto the stage to bow and rejoice over their performances in the Voces Unidas Hispanic Festival. 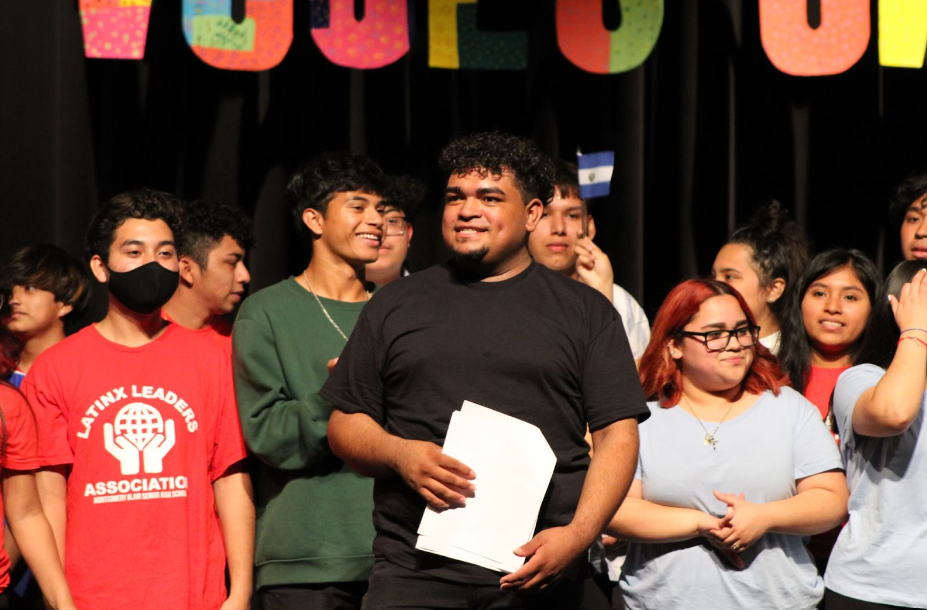 Photo: All performers gather on stage to end the festival.

Photo: All performers gather on stage to end the festival. Photo courtesy of Jose Ortellado.

Overall, the preparation for this event was no small task. Freshman Kyara Romero Lira, a representative of Nicaragua’s culture, explained how she spent copious time practicing and planning for the night. “[I prepared for] about a month. I looked back on my old performances and saw how I could improve them, and then [I] put the choreography together and practiced that,” Romero Lira said.

Be on the lookout for next year’s 2023 Voces Unidas Hispanic Festival, where there is sure to be another lively yet profound celebration of Hispanic cultures at Montgomery Blair High School.