There's no crying in captainship

A lone teenager jogs to the end of the field, bending down to pick up yellow cones marking the boundaries for a scrimmage. The sun is setting and most Blazers are home eating dinner or doing homework. However, sports team captains often get home later than most of their classmates and even other team members due to the extra responsibilities they shoulder. This year, these responsibilities will be even more expansive; however, athletic director Rita Boule's hopes her revamped Captain's Counsel will help captains deal with the added pressure.

The Captain's Counsel will be a monthly meeting where varsity and Junior Varsity (JV) team captains discuss their experiences and Boule teaches them how to direct their teams to victory. Boule believes that most of the captains at Blair haven't had an opportunity to develop their leadership skills yet and hopes that the Captain's Counsel will be able to act as a "leadership lesson" for them. "A captain is the second coach, a student coach really. Every team needs a good captain to succeed," Boule explains. 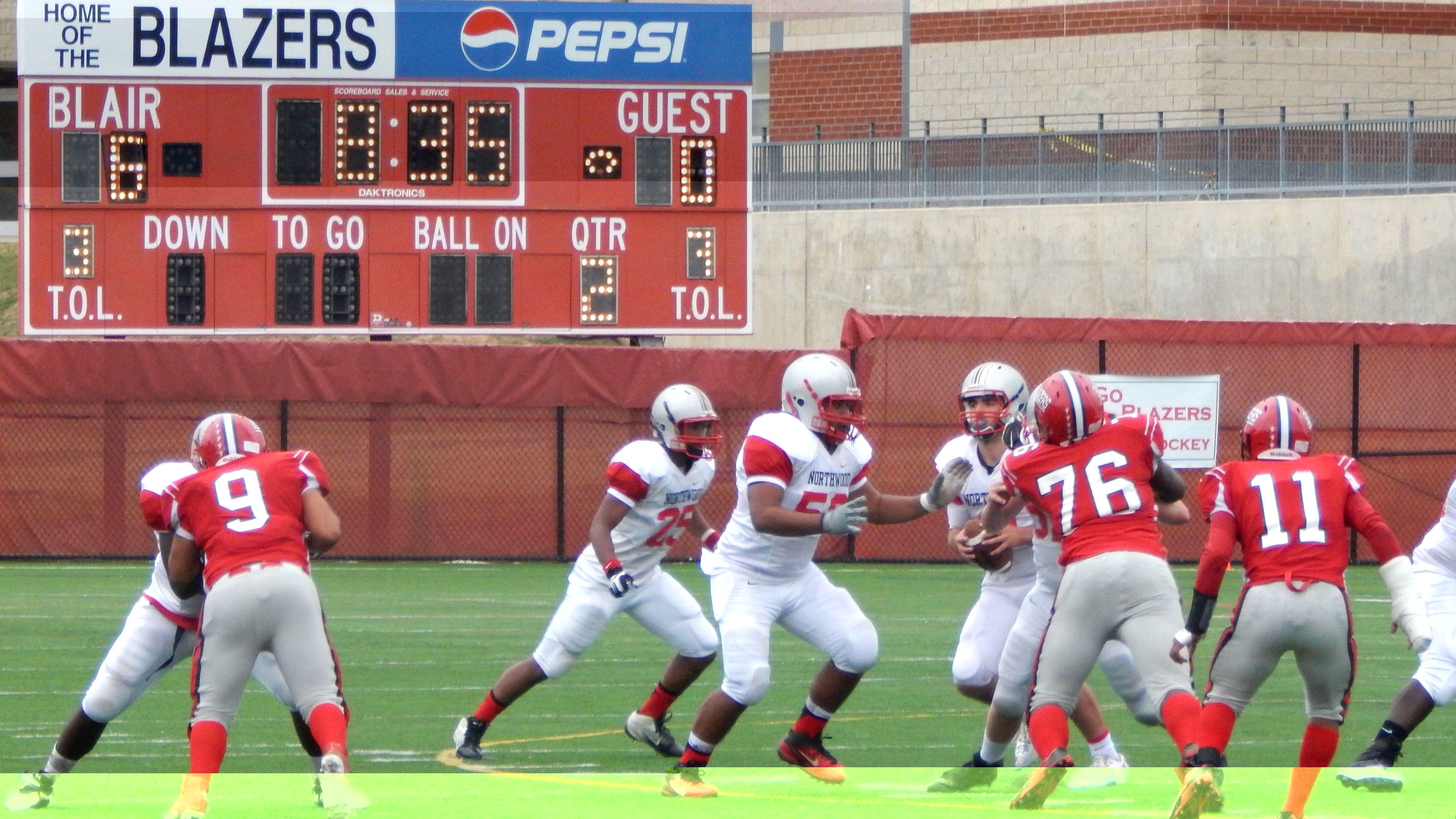 Photo: The varsity football captains played a huge part in the team's Battle of the Boulevard win last Saturday.

At the first Captain's Counsel last Tuesday, Boule shared inspirational videos with Blair's captains. They discussed issues like commanding respect from teammates and the kind of qualities necessary for them to be successful leaders, such as optimism, perseverance and sportsmanship. She also explained the details of a new requirement for team captains this year – the team's participation in a community service project during the season in order to promote team bonding and emphasize the importance of philanthropy.

Planning the service project will be among many other responsibilities captains must tackle this year. Varsity girls soccer captain Sadie Isakower says that her other responsibilities include leading warm-ups, creating warm-up mixes for her team and doing managerial tasks, like passing out jerseys and other gear. "You [also] have a lot of extra responsibility in terms of making sure everyone's motivated, staying safe and having fun," Isakower explains.

Boule understands that these responsibilities can sometimes be overwhelming for captains. "For me, a captain of a team is the role model. The captain is there early, staying late, motivating his/her team, listening to the coach and is pretty skilled in their sport. They're not necessarily the best player but they're very well rounded," she describes.

Not all of the responsibilities are overwhelming, however, and some of the extra tasks can even be exciting. "It's kind of awesome to be the person who gives the pre-game pep talk. You also get a lot of special insight from the coach," Isakower admits.

Boule believes that another main responsibility that is constant for captains every year is to be the liaison between the coach and the players. "A coach has a mission and vision. You hope everyone on the team buys into that, but it really comes down to the captains to keep them focused on those goals," Boule says. Captains must also act as role models for their teammates, according to varsity football captain and quarterback Raymond Burtnick. "It's important to be in emotional gear. You can't be the guy who quits or gives up because others will follow that lead," Burtnick states.

Boule also believes that a captain must be someone who doesn't allow the inner workings of the team, or the problems within the "family," to show during competition. "Captains manage personalities and skill levels in order for the team to have the best year possible," Boule explains. Burtnick agrees that the captains' leadership can be crucial to the team's success. "For football specifically, we have to get players to do what they're supposed to be doing. If something goes wrong, we keep morale high. We just make sure everyone's doing their job," Burtnick says. The Captain's Counsel will also address everyday issues such as these.

Choosing the right player to be captain is always one of the most important activities for a team at the beginning of their season. "I coached for 20 years and half of the time, the best players weren't the best captains. They can often be your biggest headaches, since they don't think they have to work as hard as everyone else," Boule explains.

In order to make sure the players are continually satisfied with their choice of captain, Isakower and the other varsity girls soccer captains have made a few changes this year. "We've had one-on-one talks with the players to get feedback on how the team is being run and to make sure that it's not a negative environment [for anyone]," Isakower explains.

Boule is excited about the beginning of the fall season and the possibilities for Captain's Counsel this year. "I'm hoping that Blair athletics are a privilege and so [students] work hard to be a part of it. The coaches we have in this building are some of the best we have in the county. Kids should know that they'll prepare them beyond this year if that's what they want," Boule explains.