Referees at Blair are just a part of the team

Donning sneakers and crisp uniforms, they step on the court or the field and stand ready for another game. The stadium lights glare and the scoreboard is keyed up as fans wait anxiously for the first kick, the first serve or the first fight between two teams. Up front and center, they see every goal, every basket, every ace and every Blair victory. Witnesses to glory or to heartbreaking defeat, they are as influential a part of the game as Blazer athletes, and often, the fate of the game rests on their shoulders. Under the spotlight, referees make decisions that can either send stands erupting in cheers or fans reeling in frustration. 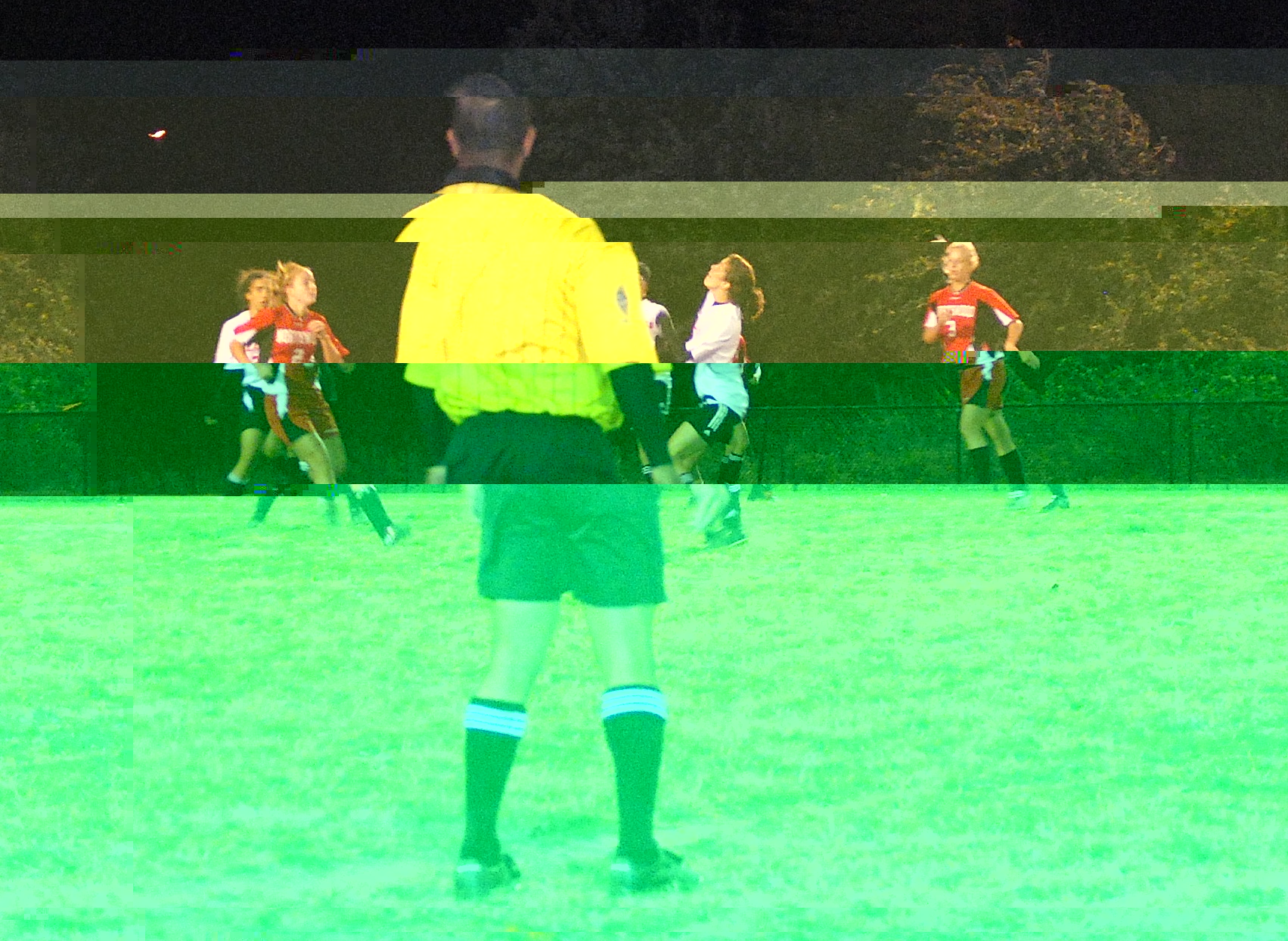 Coming out every game despite rainstorms or scorching hot weather, referees stealthily watch each athlete's move, ready to make their calls. Taking into consideration every slight shove, every swing and every serve, refs gauge whether or a foul should be called or a point be awarded to the opposing team. Although these calls can often be unpopular with players and fans, volleyball and softball referee Ernest Dixon, who has been reffing since 1974, insists the calls are a gut reaction. "Sometimes when you make a call, everything just comes together," Dixon says. "It's instinct, not education."

Though they can have an enormous impact on the game, it's surprising that a referee's presence is never fully acknowledged unless they make an unfavorable call. What drives these calls, however, comes from hours and hours of training and testing, according to field hockey referee Larry Witheles. He attended classes throughout the past summer in preparation for the fall sports season. "I attend classes and two to three clinics that last for about three hours in the late summer," Witheles said. "We also practice [refereeing] on the fields in preparation."

Officials come from several different organizations, including the National Capital Area Board of Volleyball Officials (NCABVO) and the Washington Field Hockey Empire (WFHE). The associations find the sports schedules, and the rest lies on the shoulders of the refs. According to football and field hockey referee Jim McKiernan, the process of refereeing a game is somewhat formulaic and straightforward. "You show up, check the field and you officiate the game," McKiernan states.

Working within their unions, referees are assigned schedules through Montgomery County, according to Blair's athletic director Dale Miller. "The only time [the school] is involved is if we have to reschedule events," Miller explains. "But they bill us for their service."

According to Dixon, anybody can be trained to officiate recreational games. "It is both a service to the students and school," he said. The referees are inspired to come and officiate the games by a myriad of different reasons. For McKiernan, it was a love of sports that brought him to the field. "I'm really into sports, " McKiernan said. "I also referee football because I like it."

Dixon was drawn to refereeing both volleyball and softball since 1974, despite never really playing sports. For him, the admiration of the sport is enough to come in for every game. "You don't have to be a player to be a referee," Dixon said. "Volleyball was an avocation of mine." For Witheles, who also officiates girls' lacrosse in addition to field hockey, it was the challenge of reffing that really sparked his interest. "Someone bet me that I couldn't referee girls' field hockey," he says. 'That's why I did it," Witheles says with a laugh.

Whether they stand on the sidelines or run alongside players on the field, referees are much more than just officials. Underneath their matching uniforms and whistles that hang around their necks, they're ultimately fans - fans of the teams, of competition, of the underdogs, of the champions and of the game.