This franchise needs to "Die Hard"

"A Good Day to Die Hard" is not only the worst of the "Die Hard" franchise, its terrible in retrospect of the entire action genre.

Don't be fooled by the title of this movie – you can watch "A Good Day to Die Hard" on any day of the week and it will devoid you of any pleasure and leave you feeling miserable and empty. Directed by John Moore, it betrays everything that made the original "Die Hard" so exciting and invigorating. Its screenwriting is draconian, its action sequences are subpar at best and the acting in this movie is so cringeworthy that my date that evening left her seat, pretending to throw away a water bottle, in order to skip one of the dialogue scenes. "A Good Day to Die Hard" is an awful film and I am god smacked at how much Hollywood has gotten away in ruining this franchise. Bruce Willis isn't getting too old for this franchise; the franchise is getting too old for Bruce Willis. 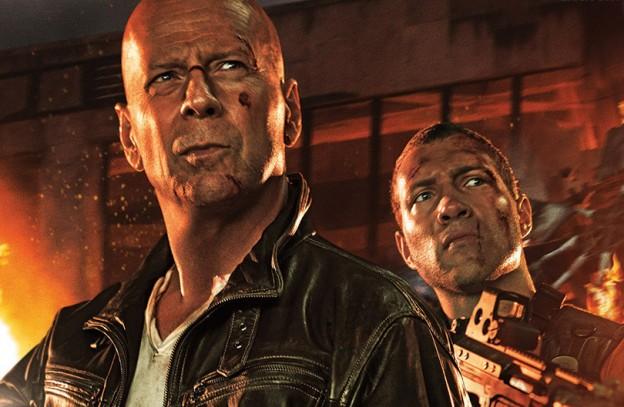 A Good Day to Die Hard 1

Photo: The most recent "Die Hard" movie could kill the franchise.

Photo: The most recent "Die Hard" movie could kill the franchise.

The movie opens up in Moscow, where Viktor Chagarin (Sergei Kolesnikov), a corrupt Russian politician, intends to incriminate government whistleblower Yuri Komarov (Sebastian Koch), who claims to have a secret file that can link Chagarin to the Chernobyl nuclear meltdown. Jack McClane (Jai Courtney), who works for the CIA, intends to move Komarov out of Russia, but not before his father John McClane (Bruce Willis) comes charging in at the wrong place at the wrong time in his son's mission. The rest of the plot unfolds into a messy array of action sequences and plot twists that frankly left me bewildered at what was going on.

I knew "A Good Day to Die Hard" was going to be terrible five minutes into the movie, but I didn't expect the action sequences to be so mediocre and uninspiring. It's not that I was bored during any of the action; in fact, some of it was quite memorable. There was a car chase scene between the Russians and the McClanes that left half of Moscow devastated, as rocket launchers were fired, bombs were detonated and cars were piling on top of each other. But is that what I really want to see in a "Die Hard" movie? What made the original "Die Hard" so classic and memorable was how Willis's character had to survive on his wit alone in order to survive. Sure there were flashy explosions and bullet standoffs, but in the end, it all boiled down to whether or not Willis was smarter than his opponents. 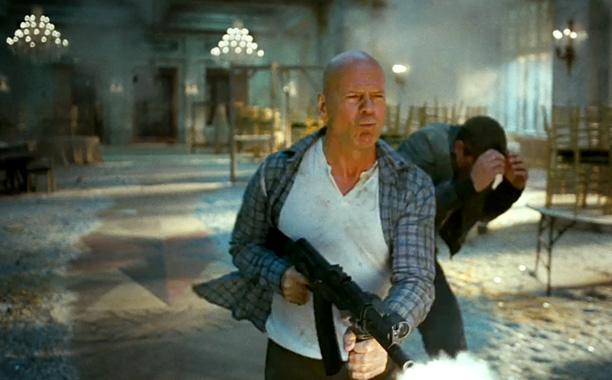 A Good Day to Die Hard 2

The action sequences may have offered nothing to the audience, but at least they didn't physically take away from the movie, like the dialogue did. During the climax of the car chase scene, when one of the bad guys missed firing a rocket at Willis's character, the leader replied with, "You missed…interesting choice!" Ugh. Nothing the characters do or say is coherent, making it a struggle to understand what's going on and ultimately how the plot connects. Even the one-liners in this film are earn winces and cringes. Willis's character has nothing better to shout out other than "I am on vacation," every time he gets shot at. Courtney gets to brand the audience with his one-liner as well, as he loves to remind the audience how much he resents his dad with the phrase "[darn] you John" every five seconds. Not one "yippie ki-yay" at the end. Nothing.

Regardless of whether or not you were a fan of the original "Die Hard," "A Good Day to Die Hard" won't please you. It's not even dumb fun; it's just dumb. If the next sequel is anything like this one, it's the franchise that needs to die hard - if it hasn't already.

"A Good Day to Die Hard" is rated R for violence and language. Now playing at theaters everywhere.