"This is nothing new" 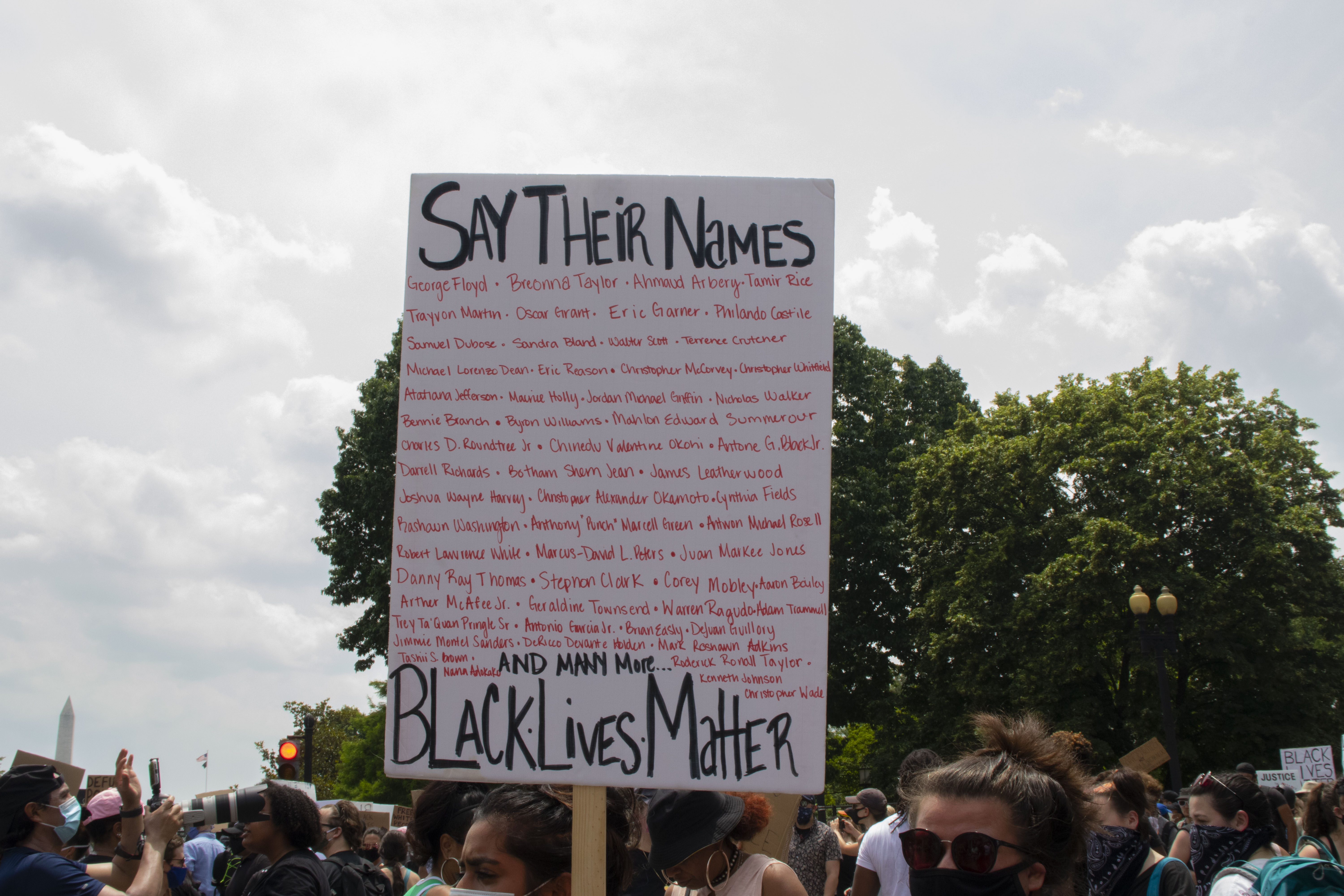 Photo: A protester holds a sign that lists the names of victims of police brutality.

Photo: A protester holds a sign that lists the names of victims of police brutality.

Some students we interviewed for this story asked to remain anonymous. We will be referring to them using an alternate first name.

The facts of the case are far from clear, but this is what we know.

On the night of Friday, March 13, officers from the Louisville Police Department executed a "knock and announce" narcotics search warrant at the apartment where Breonna Taylor, a 26-year-old Black woman, was staying with her boyfriend, Kenneth Walker.

When the officers broke down the door to Taylor's apartment, Walker fired a single shot and struck Officer Jonathan Mattingly in the thigh. Officer Mattingly and Officer Myles Cosgrove returned fire, killing Taylor. She was not given medical attention until more than 20 minutes after she was shot, by which point she had passed away.

On September 23, a Kentucky grand jury indicted Officer Brett Hankison on three counts of first-degree wanton endangerment for firing blindly into the apartment of Taylor's white neighbors during the raid. The grand jury concluded that Hankison's actions had displayed an "extreme indifference" to the lives of Taylor's white neighbors. For each charge he is found guilty of, Hankison faces between one and five years of imprisonment. Officers Mattingly and Cosgrove were not charged for the shots that killed Breonna Taylor.

The decision not to charge any of the officers with Breonna Taylor's killing has ignited a burst of protests, riots, and activism throughout the United States. It has forced us to ask ourselves, Where do we go from here?

Blazers against the verdict

Freshman Savannah Brown captured the reaction that many Blazers had to the verdict. "This angers me and breaks my heart. Breonna along with many beautiful souls passed away due to the U.S.'s corrupt and oppressive system," Brown says.

However, Brown and other Blair students weren't surprised by this verdict. In fact, they expected it. For years, they have heard the names of Black men and women who were killed by police, and usually their deaths do not result in police being held accountable. In this case, Taylor’s killers weren’t even sent to trial.

For Junior Julian Hutchins, the verdict represents the opposite of justice. "I think the lack of really any significant action is blatantly saying, 'We can legally kill black people and get away with it.' That reality is scary to accept, and having to fight against that every day is extremely draining," Hutchins says.

Senior Bracklinn Williams believes that those officers should at least have had a trial. "An indictment is not a statement of guilt. It's a statement that there are questions that need answering. And we have a lot of questions," Williams says.

Marta Woodward, a biology teacher at Blair, emphasizes the need to change the legal system that prevented the grand jury from charging the officers who killed Taylor. "From a legal standpoint, you can see how the verdict came down, but I think the legal standpoint doesn't tell the whole story. The legal basis may have been sound, but the law has to be changed because it [Taylor's death] should never have happened, and sometimes that's just the discrepancy between what the law can offer and what true justice offers," Woodward says.

Junior Michaella Sevalie explains how the ongoing problem of police brutality worries many people of color. "As a Black female, I am scared that if I am wrongfully murdered, my court case will have the same fate as Breonna's, and that frightens me," she says. Sevalie believes that this verdict cannot be defended, but some Blazers think otherwise.

Blazers who think the verdict is just

Some Blazers feel that the decision not to charge officers with killing Breonna Taylor was justified. "It was a completely fair verdict and the media has been lying about this case the entire time," Joe, a junior, says.

Joe rejects the claim that Taylor's killing was related to racism. "Her boyfriend fired shots at the police and they responded by shooting back. Her death is unfortunate, but a tragedy does not make a crime," he says.

Andrew, a Blair sophomore, believes that the officers who shot Breonna Taylor should be fired and charged with wanton endangerment, not murder. "I think the verdict is a little soft on the officers, but not by much… police officers did not want to kill anyone," says Andrew.

Ultimately, he thinks that the grand jury made the right decision. "The verdict is valid. I may disagree a bit, but that's not for me to decide," he says.

Sam, Blair junior, holds beliefs that are similar to Andrew's and Joe's. "Breonna Taylor was merely collateral damage in that fight, the police were not in the wrong and the jury made the right decision," he says.

This is nothing new.

Rosemary McCloskey is a mother to two Black sons at Blair and a representative for the NAACP Parents' Council on the Blair PTSA. For her family, the decision not to charge the officers with killing Breonna Taylor was sad, but not shocking. For parents of children of color, there is always a fear that their children will not be seen for who they are. There is a fear that peoples' racial prejudices will endanger the lives of their loved ones.

Students of color in Montgomery County have been experiencing racial discrimination-- whether through the form of microaggressions or blatant racism-- for as long as the county has existed. For them, it's nothing new.

McCloskey carries a constant awareness for how other people, especially White people, see her sons. "I think there's a certain amount of sadness and vigilance that parents of kids of color carry around, that people don't see our kids as they are. And there's a vigilance for how we educate and empower and protect our kids to give them the armor they need to thrive," she says.

Rahman Culver, Blair's Diversity and Inclusion Instructional Coordinator, believes that holding the officers accountable is an important step in changing our country's legal and judicial systems that led to the killing of Breonna Taylor. "We have to have uncomfortable conversations. People have flaws, they make mistakes, and you can still be a person worthy of forgiveness and restoration even if you are held accountable for something you did wrong," he says.

Andrew believes that the central issue in Breonna Taylor's killing is how the officers were trained and that they should not be charged with murder. "The real issue is the system behind the police officers... That's what needs to be changed. I don't think this is a judicial matter at heart, it's a systemic matter."

The majority of Blair students believe that the officers who killed Breonna Taylor should be held accountable. For some, the killing exemplifies how the United States' police institutions are fundamentally racist. Others insist the verdict is fair and that her death is a tragedy, not a crime.