Marijuana deserves a legitimate place in the nation

Last month, California legislator Tom Ammiano introduced the nation's first bill that would legalize, regulate and tax the commercial use of marijuana in California. Not only will the revenue generated help California's crumbling economy, the regulation of marijuana may also lead the nation one step closer to ending the war on drugs by eliminating the underground industry. 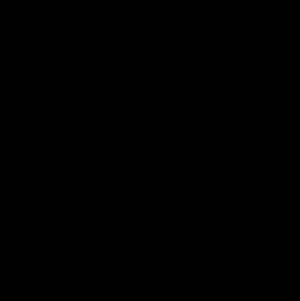 Photo: Legalizing marijuana would generate much needed revenue and eliminate its underground industry.

The proposed bill, called the Marijuana Control, Regulation and Education Act, would simply give marijuana the same treatment as beer, wine and liquor, allowing adults over the age of 21 to purchase it as long as they pay an excise tax. Currently, marijuana is the state's leading cash crop, creating over $14 billion in sales, according to Ammiano. By taxing it at $50 an ounce, Ammiano believes marijuana production and sales would earn California over $1.3 billion annually. In addition, legalizing marijuana would also save the state money indirectly by eliminating the need to enforce laws against marijuana.

According to a 2005 study endorsed by Milton Friedman and other economists, legal regulation of marijuana would save the nation $7.7 billion in enforcement costs and bring in up to $6.2 billion in taxes, money that could then be used to target more serious crimes and issues.

In addition, if marijuana were legalized, a whole portion of the illicit underground industry would be eliminated. Simply put, there is no need for a black market if there is a legal one to turn to. This will curb the business for drug cartels, and all the dollars that are being illegally siphoned off the country will find their way into the coffers of the state. Mexico is the main supply route for marijuana entering the U.S., and violence has erupted between cartel gunmen and government officers. A legal domestic market could eliminate 61 percent of the illicit drug traffic from Mexico and lead to the end of drug-related violence, according to the United Nations Educational, Scientific and Cultural Organization.

Opponents make the dubious claim that the legalization of marijuana would increase the availability and use of the drug. But California's marijuana laws have proven to be ineffective in the past because they fail to accomplish their purpose.

Similar to the prohibition movement with alcohol in the early twentieth century, marijuana use actually increased after it was outlawed. According to a Drug and Marijuana Arrest spreadsheet, it was only after the California legislature decriminalized possession of small quantities under the 1975 Moscone Act that marijuana arrests decreased by 36,000 on average per year. After all, sometimes it is the very nature of prohibition that makes the drug more attractive. Marijuana is still the most used illegal drug in America. More than 97.5 million Americans have tried it, according to a 2005 national survey, and some 14.6 million smoke it regularly. Thus, the only way to achieve the goal of reducing the use of marijuana is to decriminalize it.

The paranoia around marijuana in the late twentieth century is truly starting to change to a new era of acceptance. Over thirteen states, California included, allow the legal possession of medical marijuana to those who suffer from a debilitating medical condition. And just last month, Attorney General Eric Holder under the Obama administration announced that federal agents will no longer make routine raids on medicinal marijuana dispensaries in states that have legalized marijuana for medicinal purposes. It is time to take this initiative one step further and completely legalize marijuana in the nation.