Big hair, glitzy dresses, golden tans, bright makeup and fake nails - this is only the beginning of the preparation a contestant must go through to successfully compete at a pageant. Along with the looks and the outfit, the girls also need a fierce walk, a charming personality and talent that can blow the judges away. When people think of pageant contestants, they usually see a tall, slim young lady. Well, thanks to TLC, that image has changed to a small, chubby, five-year-old girl. 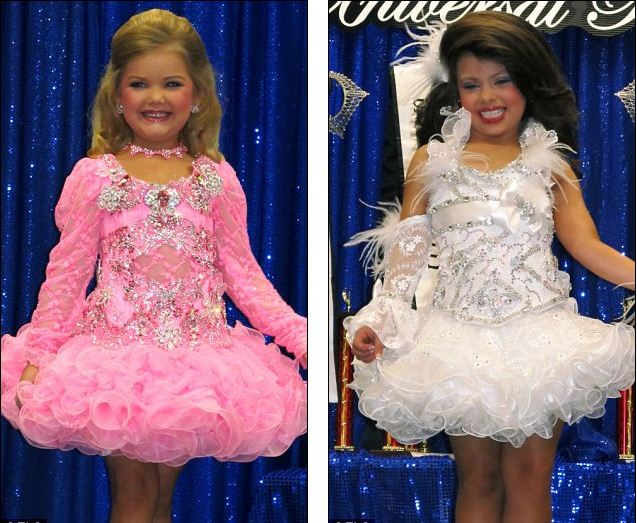 TLC aired its sixth season of "Toddlers and Tiaras" this summer and it became an instant hit. The show follows young girls and their families as they prepare for national, local or state pageants. The cameras capture drama behind stage and show on-stage performances, as the judges decide who will take home the crown.

Contestants as young as six months compete against each other for the Ultimate Grand Supreme title, which yields about as much power as the average "line-leader" in preschool or kindergarten. The glamour and natural born talent required to be successful in a pageant calls for a standing ovation for these young girls. With dresses ranging from $500-1000, routines that require several hours in a day of practice, the ridiculous drama that ensues throughout the competition, and of course, the hundreds of adorable faces, how could one resist watching "Toddlers and Tiaras"?

However, many people actually detest watching the show. In fact, many people would rather watch anything but "Toddlers and Tiaras." The show attracts a lot of negative attention for the racy talent routines, the revealing dresses and outfits, the rude attitudes, and of course, the crazy mothers of the contestants.

The reason such negative attention has been brought to the show is because it looks like the mothers are pushing their little girls way too far and forcing them to take pageants too seriously for their age. Some mothers are captured on the show forcing their daughters to practice until the routine is absolutely perfect, even when the daughter is desperate to take a nap or simply play. Other mothers are seen spending $500 on a dress for the pageant, partly because dresses shouldn't be worn repetitively - an unspoken pageant rule. A shocking $10,000 is easily spent on a girl who has been doing pageants since the age of six months up to the age of four, which applies to many of the girls on the show.

However, Toddlers and Tiaras isn't entirely made of black magic. Thousands tune into TLC every Wednesday at 10 to watch young girls, and sometimes even boys, compete for the crown. The hard work and determination of the girls is admired by many as well as their beautiful faces and graceful walk. "Toddlers and Tiaras" has given viewers an entire new perspective of the
pageant world. People are now familiar with young pageant stars such as Eden Wood, who has retired from the pageant world at the age of six, and Makenzie Myers. While the show is seen as a complete disgrace to some, it is also considered just as entertaining as "Jersey Shore” for others.