Treatment for the torpid

It's an epidemic that sweeps the nation's high school seniors, devastating teachers everywhere in its wake. Very few are immune to its powerful charm. This imaginary virus infects its hosts in varying ways, and symptoms can range from the occasional neglect of homework and an excessive need to party to a half-day schedule and three classes with precarious 69.5 percent 'C' grades - including gym.

Senioritis, which is defined by the Merriam-Webster Online Dictionary as "an ebbing of motivation and effort by school seniors," also takes away the desire of a second semester senior to do activities outside of school. Still, many students combat the effects of senioritis on their nonacademic lives, even if they do feel that their remaining semester at school is just an insignificant hurdle between high school life and the vast, promising world of college. 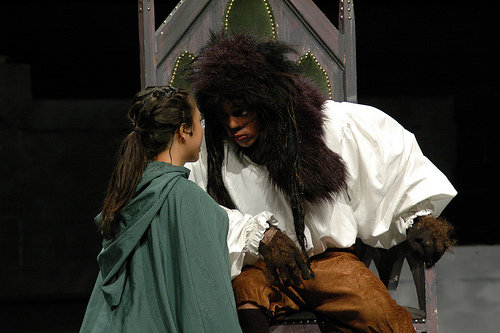 Photo: Visscher and senior Mindy Or starred in this year's successful spring musical, "Beauty and the Beast." Photo courtesy of Visscher.

Photo: Visscher and senior Mindy Or starred in this year's successful spring musical, "Beauty and the Beast." Photo courtesy of Visscher.


For these Blazers, school - as of today in its fourth quarter - is just a way of getting into the college and for this reason, they lose whatever scholarly passion they have once they are accepted. But instead of just going with the lackadaisical flow, these Blazers are unaffected by senioritis when they pursue their passions and make discoveries that help more with their collegiate and post-collegiate decisions than these last few months of school. "What they're doing outside of school is fun for them," explains counselor Jennifer Taylor. "It's usually something they're self-motivated for, not for any other reason like getting into college. It's really about doing it because they love it."

Although senior Christoff Visscher, an active senior with a mild case of senioritis, has lost a considerable amount of academic interest, his grades only suffered a slight drop because of his involvement with the spring musical, for which he played the lead role. During his three-month commitment to the play, Visscher had a difficult time completing his assignments. During the week after closing night though, he sat down to do his homework for the first time in three weeks.

After the play ended, Visscher finally realized that he had simply lost the focus to do nightly assignments. "My will to get work done outside of school has fallen considerably," he says. "I still try my best to pay attention in class, but as a senior, my mind seems to be elsewhere when it comes to homework."

Similarly, senior Brettney Oke is working at bringing her GPA, which is plagued by an unusual amount of C's, back to the mostly A's and B's she is used to receiving. Oke, who has always considered herself to be "a pretty bad procrastinator," would consistently save work until the last moment. But what marks the difference between this year and her junior year is that Oke used to turn most of her work in by the due date; now, she turns everything in late. "I still consider turning things in important," she says. "It just gets harder and harder to turn it in on time." 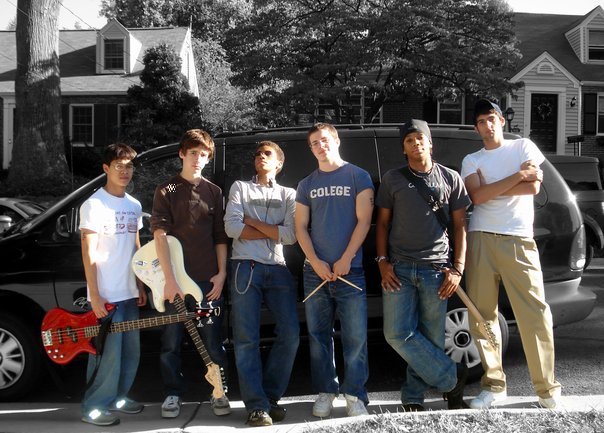 
Higher on the symptom-severity scale are seniors Jonathan Fortuna, Joey Jenkins and Stefan Reckson. Maintaining (or trying to maintain) about a 2.5 GPA each and loving their half-day schedules, the three good friends have no complaints. Fortuna, who claims not to be as "bad" as Jenkins or Reckson, has been accepted by his top choice, Temple University, and needs only an English credit to graduate; in other words, he has nothing to worry about. "Senioritis really hit me once I finished applying to colleges," he said. "I mean, what else do I need to do? Nothing."

Jenkins and Reckson, on the other hand, claim to have had senioritis for four years. Reckson says that his parents "are not pleased" with his negligence of school. "They don't think I'm reaching my full potential," he says. Nevertheless, he has made up his mind about going to Montgomery College (MC) and then transfer into UMCP last year, when he realized his current grades were not good enough for the colleges of his choice. Rather than trying to improve his grades during this year, Stefan decided to "go to MC, get a good GPA, and just make a new start." He is so adamant about his decision that his parents soon consented.

Jenkins, who is considering either MC with Reckson or Howard University, calls himself the "stereotypical bad senior." "I appeal to my teachers and then fail," he laughs. But Jenkins would not say he or the others find school completely useless. In fact, all three took the Comparative Religions elective class first semester and absolutely loved the class. "I hate to say, I almost failed that class," Jenkins admits, "but I can tell you everything we learned. We want to do and learn what we want to do and learn, just not the work that comes with it."

A passion for performing

One thing the boys are certainly willing to work for is their band, Trees Have Cars - they are determined to make the musical group big. The band, which Reckson spearheaded in September to take up spare time, soon evolved into a dream that he would share with his five closest friends. "It started as a way to occupy my free time and show my parents that I'm motivated about something," Reckson said. "But now it's something that we actually want to do."

Although a new experience for all of them, the mostly-senior band - consisting of lead guitarist Reckson, keyboarder Fortuna, lead vocalist Jenkins, bassist TinTin Nguyen, drummer Zach Brown and Blair '07 graduate and vocalist Juels Bland - were not fazed by their first gig at the popular 9:30 club, playing on a stage that hosted many great musicians before them. They are now in the process of recording an Extended Play (EP) CD of the five songs they played at that gig. "We've set out a plan," Fortuna says. "Once we send [the EP] out to people, we're gonna be doing a lot of live shows. We're just gonna get at it."

Visscher, who played the beast in Blair's sold-out and critically acclaimed rendition of "Beauty and the Beast," also found new love for performing. Before this year, he had been in several Blair plays but never played such a significant role. "I was always a random chorus member in the background," he says. "I've never had a solo, never been center stage." Visscher enjoyed the experience so much that he wondered whether or not he wants to take it to the next level. "I loved it. I'd definitely do it again," he says. "In fact, it's brought questions in my mind as to whether I want to do it as a future."

Like Visscher, Oke is dedicated about her youth group and church, where she has found out about many activities that propelled her into her desire to one day become a psychologist specializing in children and adolescents and a social worker. Throughout the school year, Oke was a mentor in a rites of passage program at her church, helping younger girls bridge the gap from childhood to adulthood. Oke and her fellow mentors work with younger girls who regard them as a combination of counselors and friends. Occasionally, instead of focusing on schoolwork, Oke and the older girls decide that hanging out with their mentees is more important. "We take them to the movies and to get their nails done, all kinds of things," she says. "We want to make sure they know that we're there for them."

Oke's church also spurred her participation at Camp Imagine, a free summer camp that started in the D.C. area last summer to target inner-city children and encourage them to pursue careers in the entertainment business. "These are the kids that get sent to the office all the time," she says. "[At Camp Imagine] you see them behave differently. I think it's important to make that bond and connection with them."

While Oke is not committed to school any longer, she still feels the urge to learn - but now towards becoming a better children's counselor. "I know I still have a lot to learn," Oke says. "I love working with underprivileged children. I can see they need different things that their teachers and administrators can't see."

A profound understanding unites these five seniors as they partake in these out-of-school activities. Whether they are as firmly decided as Oke or slowly beginning to figure it out like Visscher, they have realized what they want to do with the rest of their lives.

Throughout high school, Reckson had never felt the passion and enthusiasm he now feels for the band. In fact, his indifference for school can be seen as his complete dedication to Trees Have Cars. "I do just enough [in school] to graduate," he says. "Any effort to go above and beyond that will go toward writing songs and doing stuff for the band."

Although Visscher still sees the importance of doing academically well this semester, his goal to experience new things has helped him also realize where his priorities lie. "I understand that every teacher feels that every assignment they give is important," he says, "and they are important, but you eventually need to know what you actually need to get done in order to go further in life."

For Jenkins, his involvement with the band has finally answered the age old question that he has been trying to answer for these last two years of high school: "What do you want to be when you grow up?" "In the past year of high school, I switched out of three academies and I had gotten [interested in] them each time," Jenkins says. "But now I know, with my five closest friends, this is what I want to do with my life."