Blair staff go all out for Halloween

The week leading up to Halloween is all about anticipation. Final grades are being put in, leaving students and teachers alike in a downward spiral of Edline Z's and quiz makeups. Students anticipate Halloween weekend, three days of revelry when grades are not an issue. But some teachers have proven that school can be just as festive.

If you ask any Blair student about a teacher who celebrates Halloween, chances are they'll mention Forensics teacher Megan Hart. Each year, Hart chooses something new to dress up as during the days leading up to Halloween, and she pulls out all the stops. This year, for example, Hart came to school on Thursday and Friday as a Blair Blazer, decked out head-to-toe in red body paint, devil horns, a long flowing cape and even red contact lenses to top off the look. 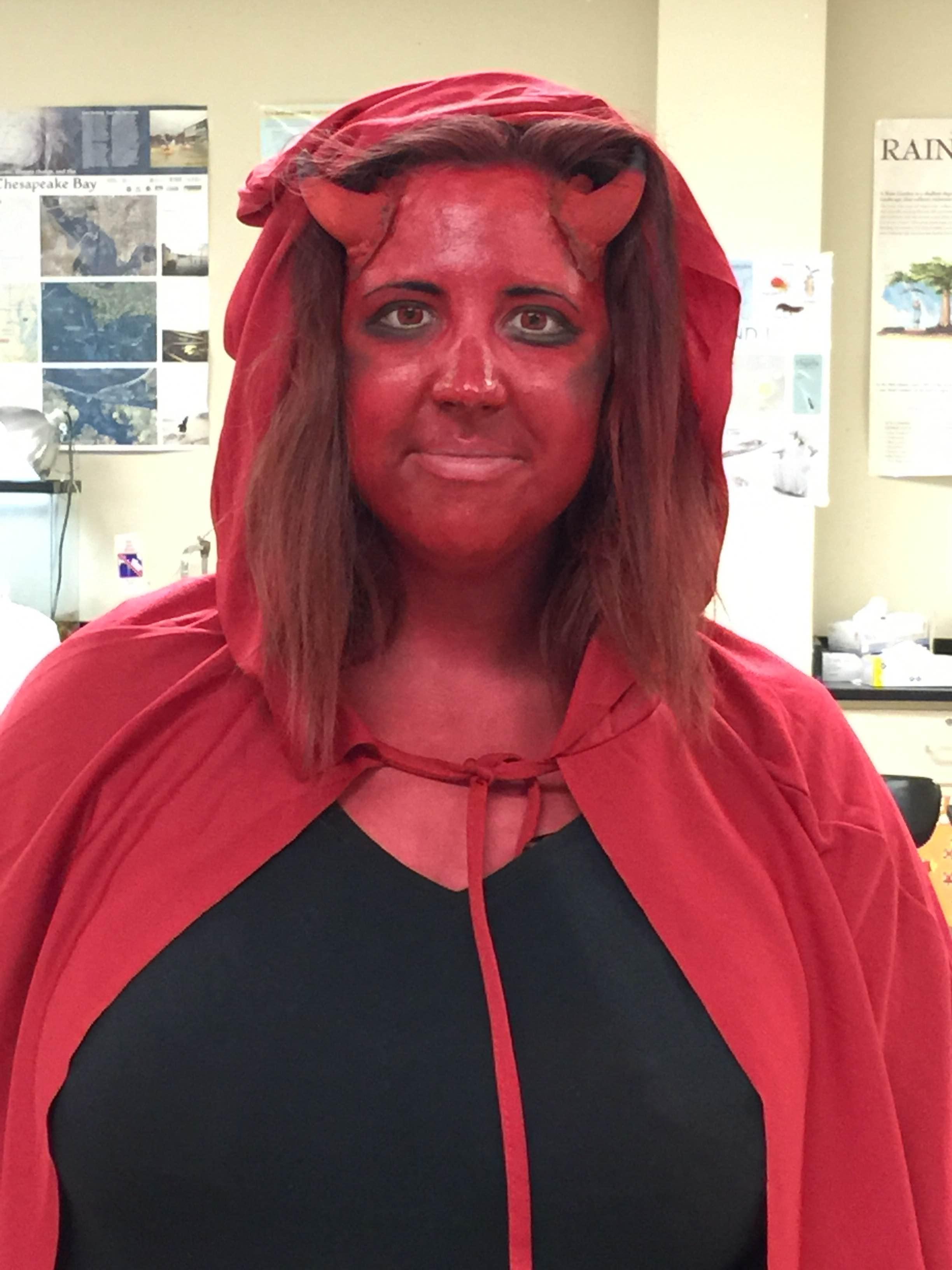 Some would argue that the most impressive feat Hart accomplishes for Hallow's Eve is putting on the vast amounts of makeup necessary to complete her costume. However, her true talent for entertaining goes beyond the getup alone. Hart manages to tie each year's costume into the unit her Forensics class is working on. "This year, we started the arson unit on the same day that I came in as a Blazer,” she explains. "I talked to a local fire chief, and I put some burned stuff in the bottom of trashcans. The students had to figure out what it was, and it all tied into my costume.”

Why does she go so far out of her way to get people excited about the holiday? "I've just always liked Halloween. People also seem to be much more engaged when I'm into what I'm talking about, and the whole costume combined with a lesson thing is a fun way to end the quarter,” says Hart.

While not all of Blair's teachers get as completely submersed in the Halloween spirit as Hart, many of them find a way to bring a bit of the holiday into the classroom. Math teacher Fulbert Lewedia and Physics teacher Amy Ferguson give out candy upon completion of the final summative of the first quarter. It's a small token, but it serves as an effective way to bring the quarter to a close on a high note.

According to Lewedia, giving out candy serves as a thank you to his students for a good first quarter just as much as it is an homage to the upcoming weekend. "I did it to tell my students that they did a good job, but there is still a lot of subject material to get through,” Lewedia explains. For whatever reason he does it, his students appreciate the mini Twix bars as a precursor to the massive amounts of candy that are soon to come.

Blair math teacher Tung Pham has in the past dressed up in an Iron Man suit at school for Halloween. Teaching in costume might be sweaty and a little muffled, but kids seem to be more attentive their teacher than ever when he's dressed like their favorite comic book hero. Unfortunately, Pham won't be coming to school in costume this year. "Last time I came dressed as Iron Man, but I got in trouble for wearing the mask while I taught. This year it'll probably be more low key,” Pham laments.

Blair's student produced news show, InfoFlow, went all out with their Halloween episodes this year. Monday through Thursday, each new show brought a segment involving a field reporter being mysteriously attacked by an unknown creature. The culminating day, Friday, showed a news set decked out in cobwebs and jack o' lanterns, and hosts Trunk and Yuchabel signed off while fighting a zombie horde.

According to the staff sponsor of InfoFlow, George Mayo, it was all the students' idea. "I really just let them run with whatever ideas they have. I barely do anything for the show, because the students are so motivated to make it the best it can be,” explains Mayo. About the Halloween episodes, Mayo says that merging the holidays with the school week tends to have a positive effect. "I feel like it's kind of cool to open the day with something Halloweeny. It takes people's minds off of grades and stuff,” says Mayo.

For years, kids have had to get through the school week to have fun on the Halloween weekend. But is it impossible to break out of this mold? With the help of a little holiday spirit on behalf of the Blair staff, Blazers are both finishing out the quarter strong and getting excited for Halloween.