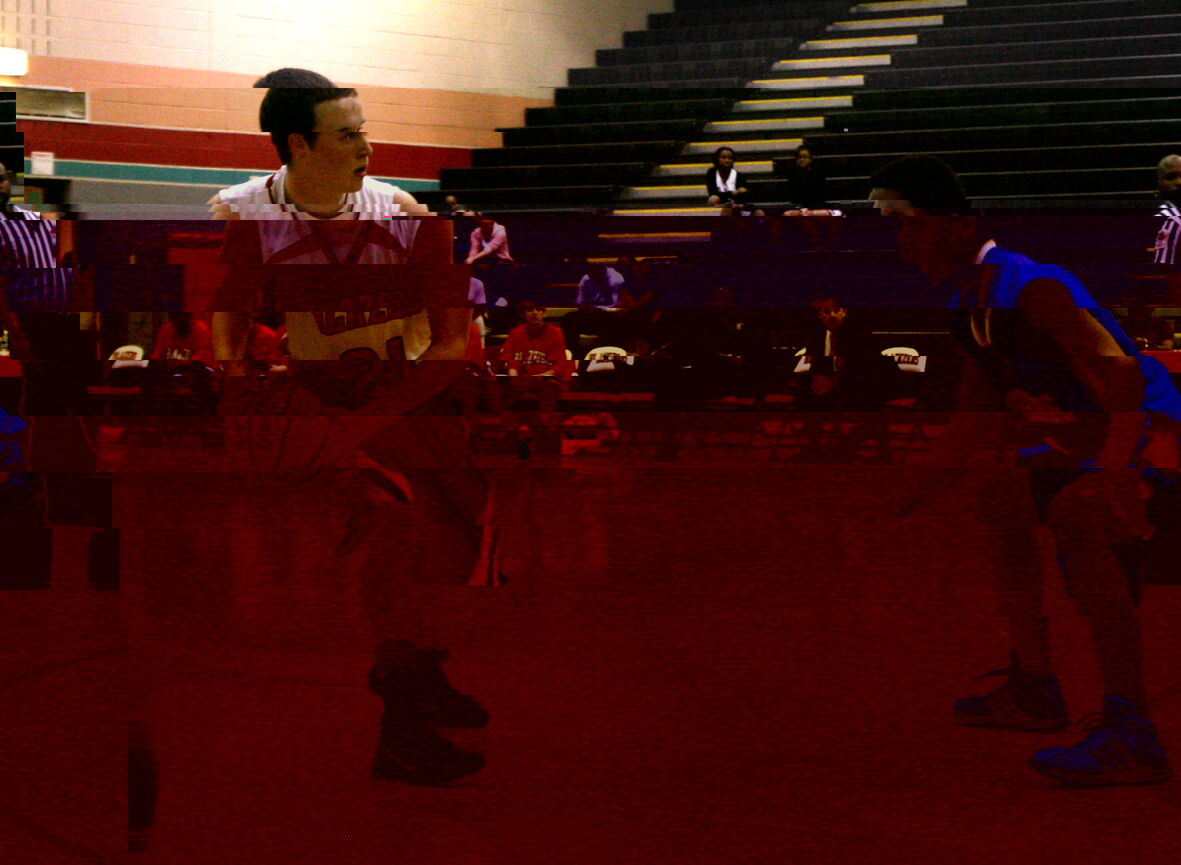 After missing two weeks due to snow, the Blazers (1-18) faced a formidable Trojan team (9-9) on senior night, just one day after they fell to Northwest. After playing with effort and energy in the Northwest game, the Blazers looked as if they could turn the season around and end the season well as they headed into the playoffs. However, the Blazer team that stepped onto the court against the Trojans looked nothing like the determined squad that battled Northwest to the wire the day before.

Coming into the game, the Blazers had lost 12 straight matches with no home wins. After a tough loss to Northwest in which the Blazers showed resilience and effort, the Trojans brought Blair back down to earth. Despite a starting lineup consisting of all five senior players, Blair fell captive to their opponent; Gaithersburg exploited the Blazers' inability to get rebounds, weak defensive intensity and lack of mental and emotional toughness.

Throughout the game, the Blazers struggled with their inability to stop the Trojans from scoring. As the Gaithersburg players continually attacked the rim, the Blazers' offense was unable to match the scores let up by the defense. "They sliced and diced us like Swiss cheese because we refused to do what was fundamental," assistant coach Cedric Boatman said. "We had some offense, but absolutely no defense. That's why we lost, point blank." 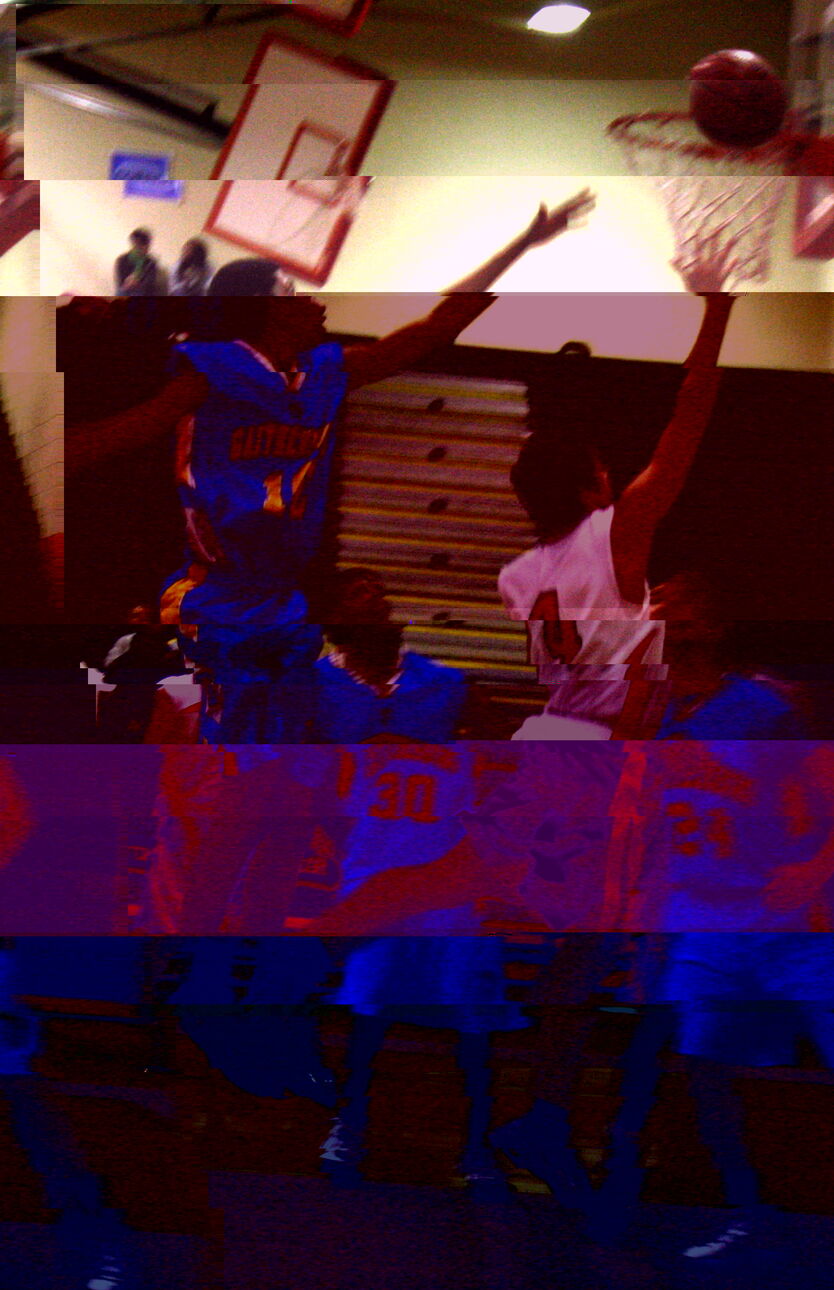 While the Blazer defense continued to be a problem, the improved play of center senior Dennis Mesidor was a bright spot - he scored nine points and retrieved countless rebounds. He also used dominant force by grabbing balls and diving onto the hard wood, which kept the Blazers competitive throughout the game.

Senior co-captain Cameron Reed also showed his unwavering tenacity, as he poured in a team-high 13 points against Gaithersburg.

As the basketball season winds down, players like Mesidor and Reed can only do so much to hold up the team. If the Blazers plan on making any noise in the playoffs, it will be because of effort by senior Ben Hukill, sophomore Delonte Gaskin, junior Ethan Brown and junior Anthony Curcio. Coach Mark DeStefano commented on the Blazers' need to compete with heart. "They shouldn't be waiting for me to instruct them on something to do. They should be playing every game to prove something, at least for pride," he said.

With BCC and Rockville on the horizon, the Blazers will need to gather all their energy and effort if they want to end the season on a high note. Despite the sloppy ball control and poor decision-making that has marked Blair games this year, the Blazers have discovered that facing tough losses can provide beneficial experiences, despite the emotional drainage that accompanies them. "For the players out there, they are now learning that experience is the hardest teacher because the test comes first and the lesson second," DeStefano said. 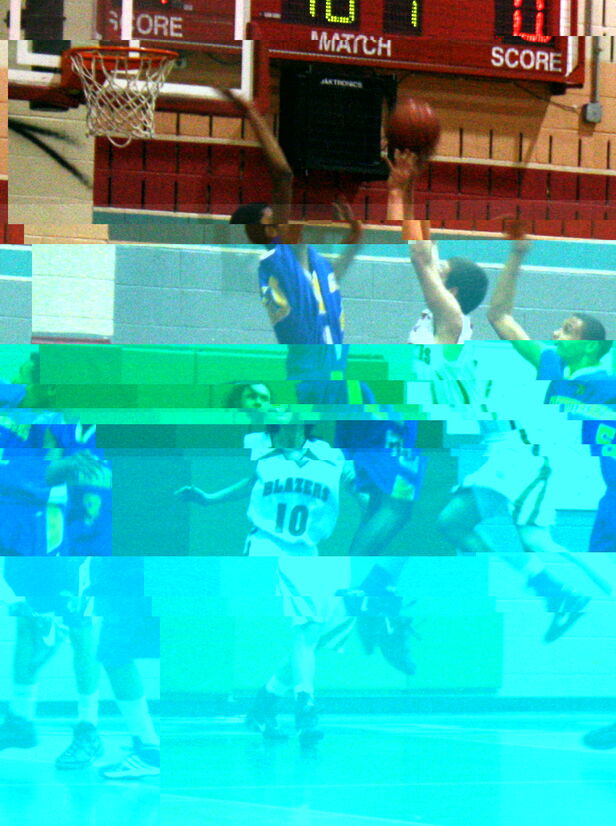 Photo: Senior Ben Hukill makes a jump for the rim as fellow senior Cooper Neimand looks for the rebound.

Photo: Senior Ben Hukill makes a jump for the rim as fellow senior Cooper Neimand looks for the rebound.

Blair's five seniors were acknowledged in the senior night ceremony, as their leadership and confidence on the court has helped the team through a slightly disappointing season. Hukill has played with the Blazers all four years and has recently shown his admirable intensity and toughness. Reed has been the leading force this season, scoring over 15 points per game on many occasions.

Back court mate senior Cooper Neimand plays the game with the calm composure of a veteran leader. His ability to direct plays has helped the Blazer offense this season. Senior Trey Moses is the third guard and three-point specialist. His ability to knock down big shots will be crucial for the Blazers if they plan to go far in the playoffs. Mesidor also provides stability and dominance on the court, averaging about nine points per game. His effort and confidence will also be important as the playoffs approach.