True crime has gone too far

Is it right to depict people’s trauma? 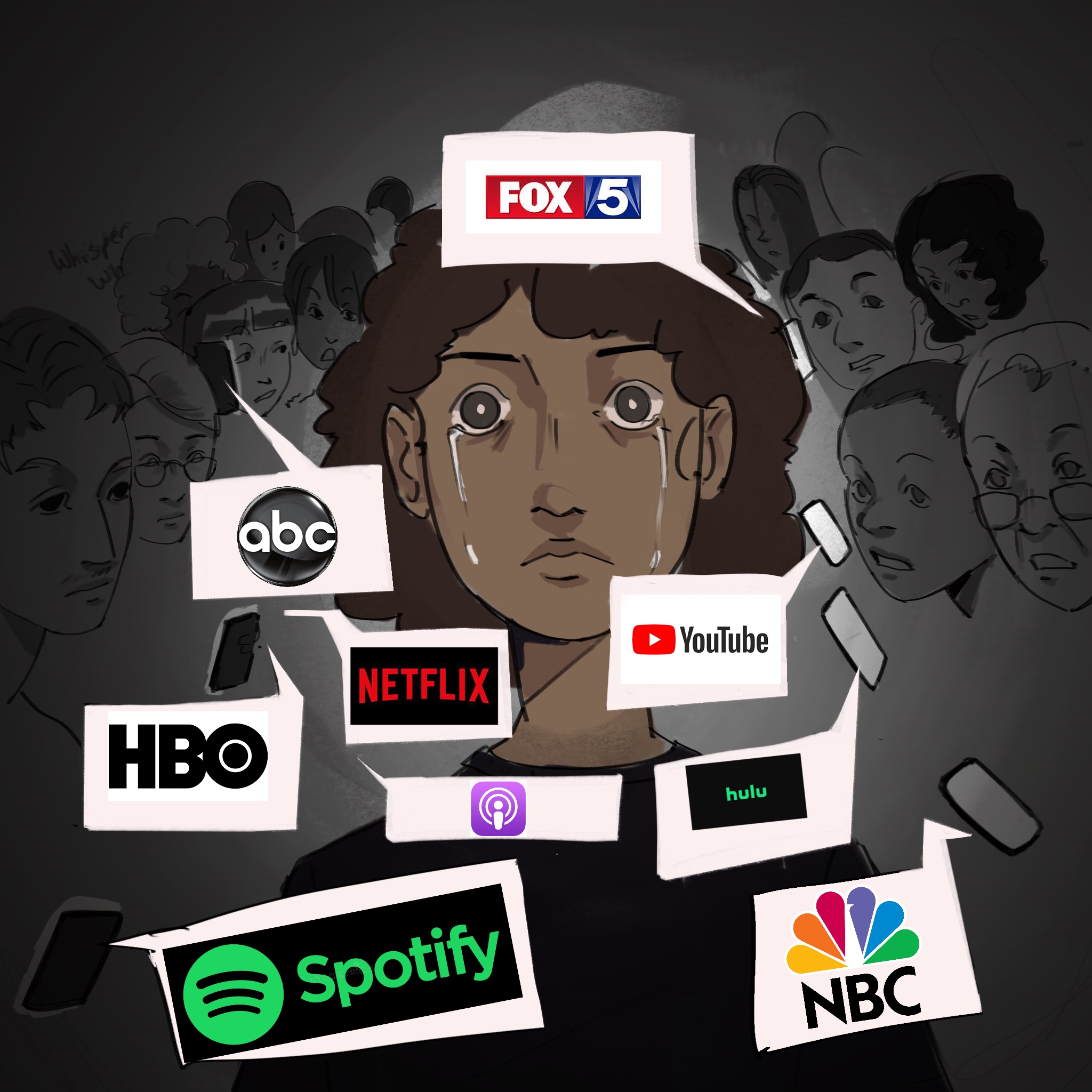 True crime has gone too far

Photo: The nature of true crime can actively cause victims and their families to relive trauma.

The nature of true crime can actively cause victims and their families to relive trauma. Photo courtesy of Bilen Tamirat.

With the rise in popularity of the Netflix show, “Dahmer,” debate has sparked around the ethics of true crime. Discussion around this topic became even more contentious when Ryan Murphy, the show’s writer, revealed that he reached out to the victims' families and friends, but got no response. With this development, a question began to form: is it right to depict people’s trauma?

Before answering this question, it’s important to understand what true crime is in the first place. True crime is defined as a nonfiction literary, podcast, and film genre where an author examines and speculates a real crime, and describes the action of the real people associated with and affected by these criminal events. Content within the true crime genre often addresses sensitive topics like murder and abuse in graphic detail. Recent popular true crime pieces include: “The Act,” a 2019 movie, “My Favorite Murder,” a podcast, or “The 57 Bus,” a book. As with any genre, there’s a lot of variety within the scope of what constitutes as true crime.

Because true crime content depicts the real stories of oftentimes traumatizing events, families of victims and survivors need to have voices. The fact that there are no legal repercussions regarding a lack of consent when it comes to the creation of this type of media does not mean creators don’t have the obligation to consult with families. When these traumatic experiences are put on the big screen, they become unavoidable for victims and their families.

According to Blair’s AP Psychology teacher Julia Smrek, trauma is an event that is so bad for a person that it affects how they think, feel and behave. Trauma can result in memory issues, anxiety, depression, and Post Traumatic Stress Disorder (PTSD). A common symptom of PTSD specifically are triggers. “Triggers are anything in the environment that are somehow in the person’s mind relative to the trauma… it brings out either panic attacks or flashbacks,” says Smrek. Victim’s deserve the right to be able to process their trauma independently, without the claws of the media grasping onto their stories and publicizing them. The nature of true crime is triggering to victims in this way, as it actively causes them to relive their trauma. Without consultation or at the very least warning, creators are putting victims and their families at further risk.

In an interview with Insider, Rita Isbell, the sister of one of Jeffery Dahmer’s victims describes how she felt when seeing the Netflix show. “It brought back all the emotions I was feeling back then,” she says. When Isbell came across the show, she said that it bothered her, especially when she saw the actor portraying herself on screen, “this lady saying verbatim exactly what [she] said.” Isbell didn’t need to watch a show about what happened, she had already lived it.

Isbell was never contacted by the creators of the show. Her family received no financial compensation. “I feel like Netflix should have asked if we mind or how we felt about making it. They didn’t ask me anything. They just did it,” she says.

It is crucial for sensitive topics like these to be addressed with care and conscientiousness towards victims and their families’ emotions. Jennifer Eley, an English Language Development teacher at Blair, is the niece of one of the individuals killed in the “DC Mansion Murders.” The Mansion Murders impacted her family irreversibly, changing their perspectives and the course of their lives. “It was traumatizing for everybody that was involved,” says Eley. A variety of true crime based media came out about the event: an ID Discovery Documentary, a podcast episode, and a “Law and Order: Special Victims Unit” episode based loosely on the incident.

Eley’s family was not contacted or consulted about the documentary, the podcast or the episode. When Eley came across the episode, she felt that it could be triggering to her family. “Especially for the children or parents, that immediate family who spent time with these people,” she emphasizes.

Being unwilling to reach out to families about their own lived experiences is cruel. Not only does it disregard families' trauma, but also contributes to a lack of accuracy.

Eley mentions a podcast episode that was created about the DC Mansion Murders, where the podcast host kept pronouncing her late Uncle’s last name wrong. “She kept pronouncing the name wrong… and it was so… disrespectful. I contacted her and let her know… she apologized, but [it was] difficult,” Eley says. The damage had already been done.

Victims and their families do not deserve this misrepresentation. When telling someone else’s story, being as accurate as possible is of utmost importance. There is a level of integrity that fades away and an absence of empathy that comes with this consistent lack of communication between creators of true crime content and families of victims. Many families do not want to be involved in the creation of true crime content, and their silence speaks volumes. Perhaps they do not wish to have their worst memories exploited for profit, but directors would never know, because they never bothered to ask.

With any piece of media that deals with triggering content, creators must be conscious of how they might be affecting the real people involved. True crime content makers must consult and have communication with the people that they are depicting. This lack of sensitivity towards victims and their families is frankly disgusting, and has gone too far.


Lillian Paterson. Hey, I'm Lillian (she/her) and I'm a staff writer for SCO. When I'm not being totally consumed by school work I like to play guitar and read. More »