On July 9, Donald Trump tweeted about his exchange with Vladimir Putin regarding a cyber security unit at the G20 summit. Several hours after the tweets were posted Trump backed off the idea after being faced with ridicule from policymakers.

Trump and Putin's conversation at the summit was supposed to last for half an hour but extended to over two hours long. This is the first time that Trump met the Russian president. The topic of the conversation was Russian interference in the 2016 US presidential election. Multiple agencies, such as the CIA, FBI and NSA have confirmed that Russia meddled in last year's election.

Trump acknowledged that cyber security was an important issue when speaking with Putin, especially with the fact that this generation is growing more reliant on technology. "Putin and I discussed forming an impenetrable Cyber Security unit so that election hacking, and many other negative things, will be guarded..." Trump tweeted. He ended the sentence with another tweet several minutes later: "...and safe…" 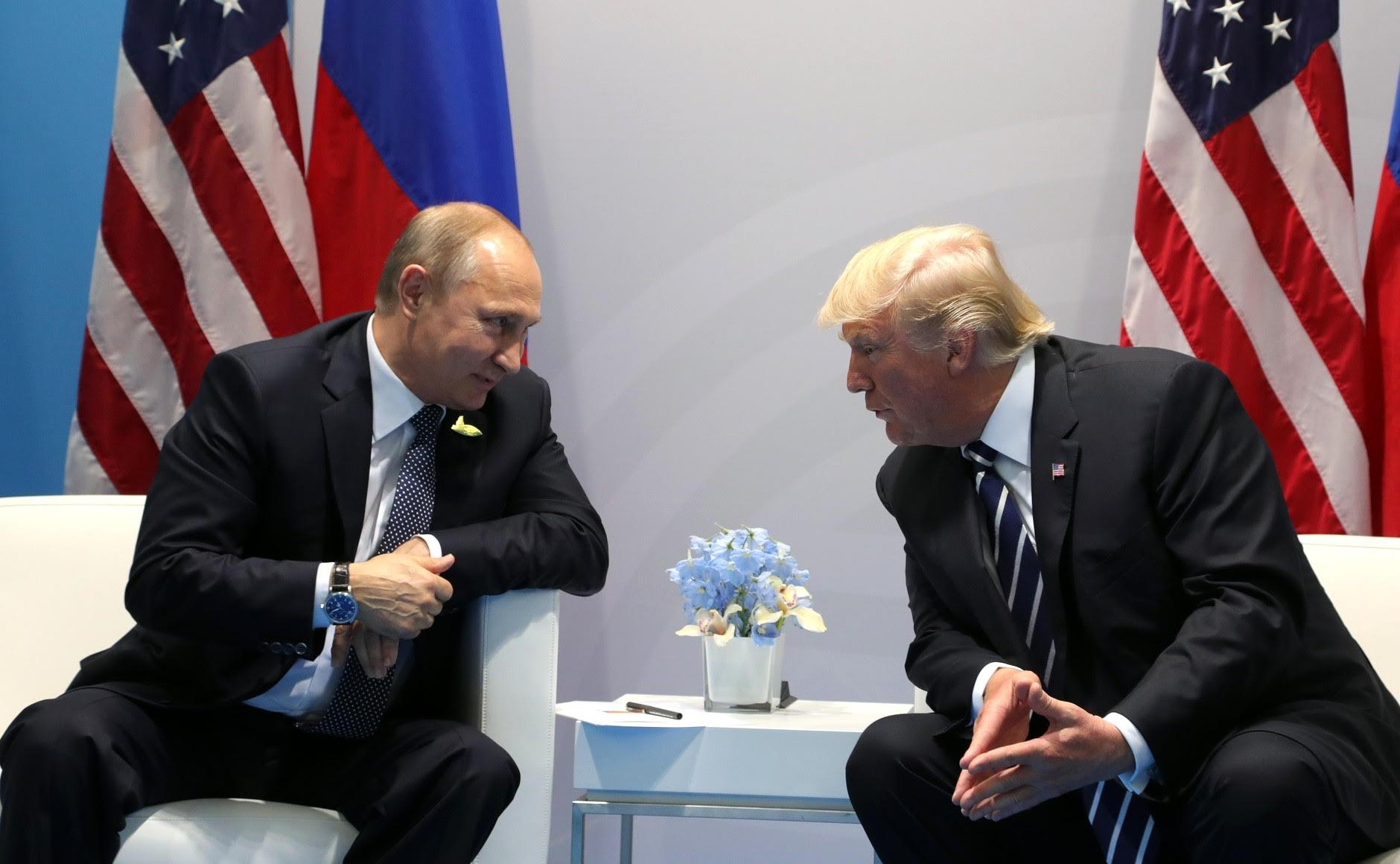 Photo: President Donald Trump and Vladimir Putin meet at the G20 Summit in Hamburg, Germany, in 2017.

Photo: President Donald Trump and Vladimir Putin meet at the G20 Summit in Hamburg, Germany, in 2017.

Many U.S. policymakers ridiculed Trump's tweets because of the irony; Trump spoke of allying with Putin to make cyberspace safer despite the fact that Putin hacked and interfered with the election. Trump gave Putin the benefit of the doubt, despite overwhelming evidence of Russian meddling.

Trump took to Twitter to defend Putin and their exchange, tweeting that he "...strongly pressed President Putin twice about Russian meddling in our election. He vehemently denied it. I've already given my opinion…"

On July 7, Russian Foreign Minister Sergei Lavrov spoke to reporters of how Trump accepted Putin's strong denial. The next day Putin reinforced Lavrov's comment by saying that Trump was "satisfied" with his protestations of Russian meddling.

Lawmakers on both sides of party lines were dumbfounded at the idea of partnering with Russia on a cyber security unit, expressing their ridicule on Twitter.

Representative Joyce Beatty (D-Ohio) believed the idea to be illogical and expressed her dissent on Twitter. "Someone please explain to me how this makes sense," Beatty tweeted.

Senator Marco Rubio (R-Fla.) also expressed his disdain at the idea on Twitter. "While reality and pragmatism require that we engage Vladimir Putin, he will never be a trusted ally or a reliable constructive partner," Rubio tweeted.

Trump saw all the ridicule on his tweet and took to Twitter to defend himself. "The fact that President Putin and I discussed a Cyber Security Unit doesn't mean I think it can happen. It can't…" Trump tweeted.