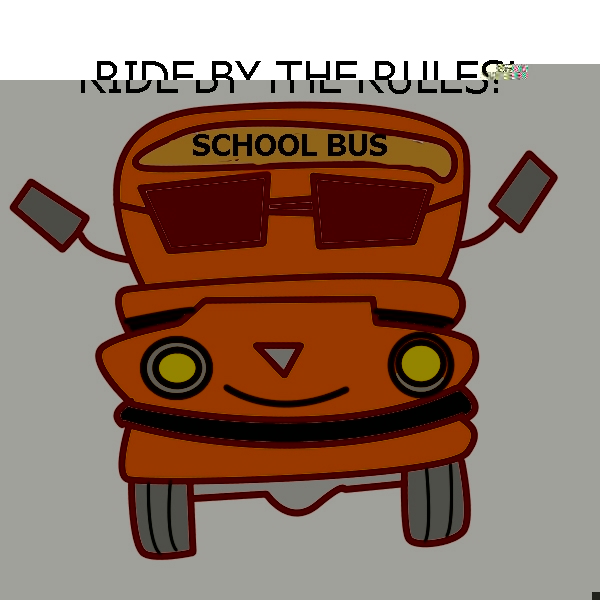 ride by the rules

The winner, announced March 18 on the MCPS Homework Hotline Live, will receive a trophy and free MCPS bus transportation for one field trip.

Blair's video is a humorous rap explaining the importance of obeying bus rules with footage of students dancing and rhyming in front of and on a bus provided by MCPS for the filming. At the beginning of the project, the class split up into groups and presented their film ideas to their peers. Following the pitches, students selected their favorite storyboard in a class-wide vote. The authors of the winning script, sophomore Nathan Ipanag and juniors Jeremy Horn and Cole Turpie, were a part of the only group to create a rap. "Everyone really liked their song and presentation," Bustillos said.

The filming took place in the student parking lot during one November class period, months before the submission deadline on Feb. 27. All TV Production students acted in the video alongside the main rappers and Bustillos, who enjoyed being a part of his students' project. "I always like it when they write me into the videos, but I never tell them to," he admitted. The shooting preceded three days of editing.

Bustillos learned of the video contest through an email from MCPS the week of Oct. 20, National School Bus Safety Week, according the MCPS website. "We're always looking for contests we can participate in and we thought it would be a good opportunity for students to use their TV skills," Bustillos said. He thought his students might enjoy the fresh filming material: a school bus in the parking lot instead of the overused Blair hallway backdrop that defines most class videos.

The project faced mixed reviews at first, but the students ultimately appreciated the creative license the video allowed. "I thought it was awesome because there was a lot of freedom," Ipanag said.

To take advantage of the free transportation for a class field trip, Bustillos is taking his and Shay Taylor's TV Production classes, which both include students from Bustillos' first semester class, to the Newseum in Washington, D.C. and a multimedia show at the Smithsonian American Art Museum.

Bustillos attempts to enter his students' videos in at least one contest every year, but the chief motivation isn't to win. "We're glad we won, but mostly we just wanted to create a fun-loving project that showed off our skills," he said. The superior quality of Blair's video equipment was a crucial tool in accomplishing this, according to Bustillos. "We have a very strong media program with a long history," he noted. "It's good to see that other people appreciate [that]."