"Twilight" women need to bite back

A boy and a girl meet in high school and fall in love. During the first two years of their relationship, he repeatedly sneaks into her room, forbids her from seeing people she is close to on several occasions and pressures her into everything from prom to marriage. The girl interprets all of these actions as signals of his love and turns her back on her family and friends to start a completely new life with him. Oh, and he happens to be a vampire. That tends to complicate things. 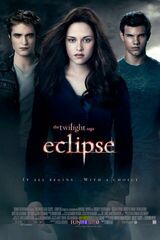 Photo: Eclipse, the third Twilight film, has made an estimated $30 million so far this summer.

Photo: Eclipse, the third Twilight film, has made an estimated $30 million so far this summer.

The "Twilight" saga, which chronicles the love between the accident-prone Bella Swan and the vampire Edward Cullen, is a contemporary literary phenomenon with few rivals. The series has spawned movie adaptations – the latest of which, "Eclipse," just set the box office record for a midnight opener in the U.S. and Canada – and merchandise ranging from stickers to engagement rings, but it has also had its share of controversy. Many women's rights activists take issue with Bella's submissiveness, to the point where a British film blog calls the saga "the franchise that ate feminism."

The main feminist beef with "Twilight" focuses on Bella, specifically in the context of her relationships with Edward and Jacob Black. Throughout the series Bella is literally dependent on the two boys for her safety and mental stability; "Eclipse" highlights Bella's passivity as well. In a telling moment, rivals Edward and Jacob discuss Bella's future – while Bella lies near them, asleep. Later, her graduation speaker reminds all of them that they have time to make mistakes while Bella sits awkwardly in her chair, already preparing to give both her future and her humanity to the man that is, in essence, her entire life.

The series' author, Stephenie Meyer, has her own defense for the accusations of sexism. "I am not anti-female, I am anti-human…when a human being is totally surrounded by creatures with supernatural strength, speed, senses and various other uncanny powers, he or she is not going to be able to hold his or her own," she writes on her Web site. Though Meyers' argument carries some weight, Bella is by far the most relatable character in the book for girls simply because she is human. Bella's passivity and submissiveness make her a poor role model for any female.

"Twilight" is undoubtedly here to stay. It has sunk its fangs into pop culture and there is no turning back. The question is how relevant its values will be, where letting your boyfriend control you is okay as long as it's true love and physical weakness means others should decide your fate. The impact of the saga on women's rights may not have been discussed on the same level as Edward vs. Jacob, but it should be, with undoubtedly equal fervor.