Two Blazers tear up the turf

Soccer could be considered the ultimate team sport: Players pass and defend each other to work toward a common "goal.” In a sport that relies on group identity, two dynamic Blair players set themselves apart from the pack. After a stellar season for the Lady Blazers, senior Sofia Read and junior Jamie Kator kicked their way onto the highly competitive All-State Soccer team.

Senior Sofia Read is the second Blazer to ever make it onto the first All-State team, and junior Jamie Kator broke Blair's assists record, earning her a spot on the second All-State team. The first team is reserved for the top 25 players in the state, while the second team houses the next best 25 girls. Read and Kator are both exceptional soccer players who, according to the Girls' Soccer coach Robert Gibb, "make stuff happen every time they play.” 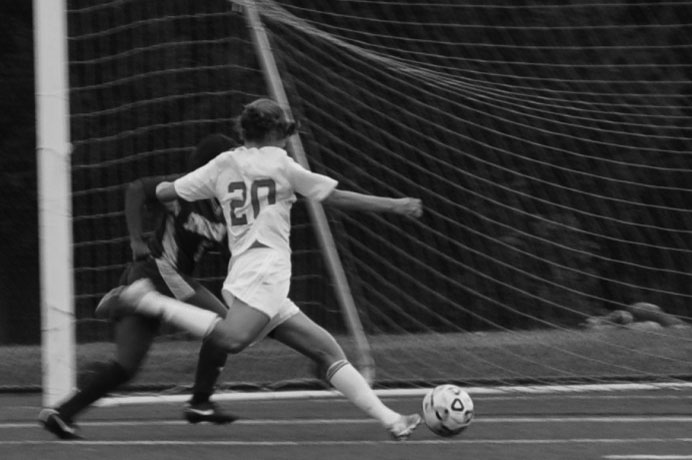 Photo: Senior Sofia Read, now a member of the first All-State team, scored a total of 55 goals over four years on the Blair team.

Photo: Senior Sofia Read, now a member of the first All-State team, scored a total of 55 goals over four years on the Blair team.

The "stuff” Read and Kator make happen breaks records. Kator has made 37 assists in her three-year career, the most of any Lady Blazer ever. Read has scored 55 goals in her four-year career on the team, tying Blair's goal record. With these statistics, Read and Kator are marked among the best players in the state.

The selection process for the All-State team is extremely rigorous; each high school coach in Montgomery County had the opportunity to nominate the best players from each of the teams who they believe should be on either first or second team. The best of these players, determined mainly by statistics, move on to the next round along with the top girls from other counties. At this stage, the Maryland Association of Coaches of Soccer (MACS) chooses the best 25 players to make it onto the first team, and the rest are considered for the second team or honorable mention.

This is Blair's fifth straight year where at least one player has made the All-State teams, including second team and honorable mention. In the past three years, Blair has had two players on the teams each year.

As a result of making it through this rigorous process, Read and Kator have drawn considerable attention to themselves. President of MACS Haroot Hakopian raves about their abilities. "Sofia and Jamie are both tremendously talented. They would stand out to anyone who watched them play,” he says.

Read has been playing soccer for eight years, and plays forward on Blair's varsity team. This is Read's third year on the All-State team, but first year on the first team. She will continue her soccer career when she plays for Towson University's Division I soccer team next year.

Because Read already knows her path for next year, she says that being on the first All-State team is an honor but will not greatly affect her soccer track. "It's just to show off,” Read says. Hakopian agrees and also says that being on the team is mainly about recognition. "For most of the players that make the All-State team, this does not really impact their soccer careers,” he says.
For most of the players that make this team, this is an honor that brings closure to an outstanding high school soccer career,” he says.

As a junior, however, Kator says that being on the All-State team will bolster her soccer future. "It looks good on my resume and is a good confidence booster,” says Kator, who has been playing soccer for 12 years and is also a forward on the Blair team.

While the All-State team is an individual achievement, Gibb says that the entire varsity team played a significant role in Read and Kator's selection. Gibb says that exceptional players on a poorly performing team would have difficulty qualifying for the all-state team, since votes are required from opposing coaches. "In the past, we weren't that good and even if we had a good player, they might not make it on the team,” explains Gibb. Without the Lady Blazers' stellar 12-5 record, it would have been harder for Read and Kator to earn the prestigious spots they did. 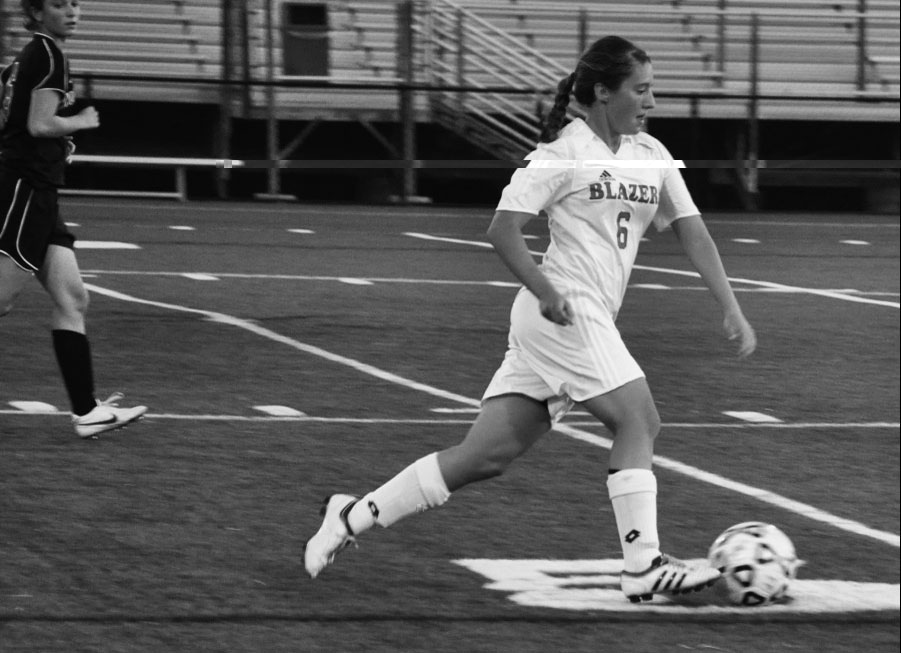 Photo: Junior Jamie Kator, a key forward, dribbles the ball toward the goal during the Sept. 14 Blair-Northwood game.

Photo: Junior Jamie Kator, a key forward, dribbles the ball toward the goal during the Sept. 14 Blair-Northwood game.

Read and Kator not only recognize the quality of their fellow players as an important advantage, but also cite their teammates' support as integral to the success of their soccer career. "Soccer is the ultimate team sport — it's all about 11 girls putting it together for 80 minutes. It's not about making a great move, a great pass or a great shot. It's about doing everything you can to put your team in a position to come out on top. It's always great to have the support of my teammates,” says Kator. "I get a lot of confidence from their support.”

With this blend of skill and support, Read and Kator were able to conjure up the perfect formula to make it onto the highly competitive All-State team.