I spent two weeks in Paris, struggling through verb conjugations and pronunciations, relearning what it was to be an outsider and nurturing my Francophile side this December with the State Department's Youth Ambassadors program. To be completely honest, I never really felt like I was too far away from home. There were a lot of things there, like the way the cobblestone streets curve and the simple clean lines of the neoclassical architecture that had me swearing I was back in the U.S. But I must admit that ever since I've come home I've been wishing I could go back. 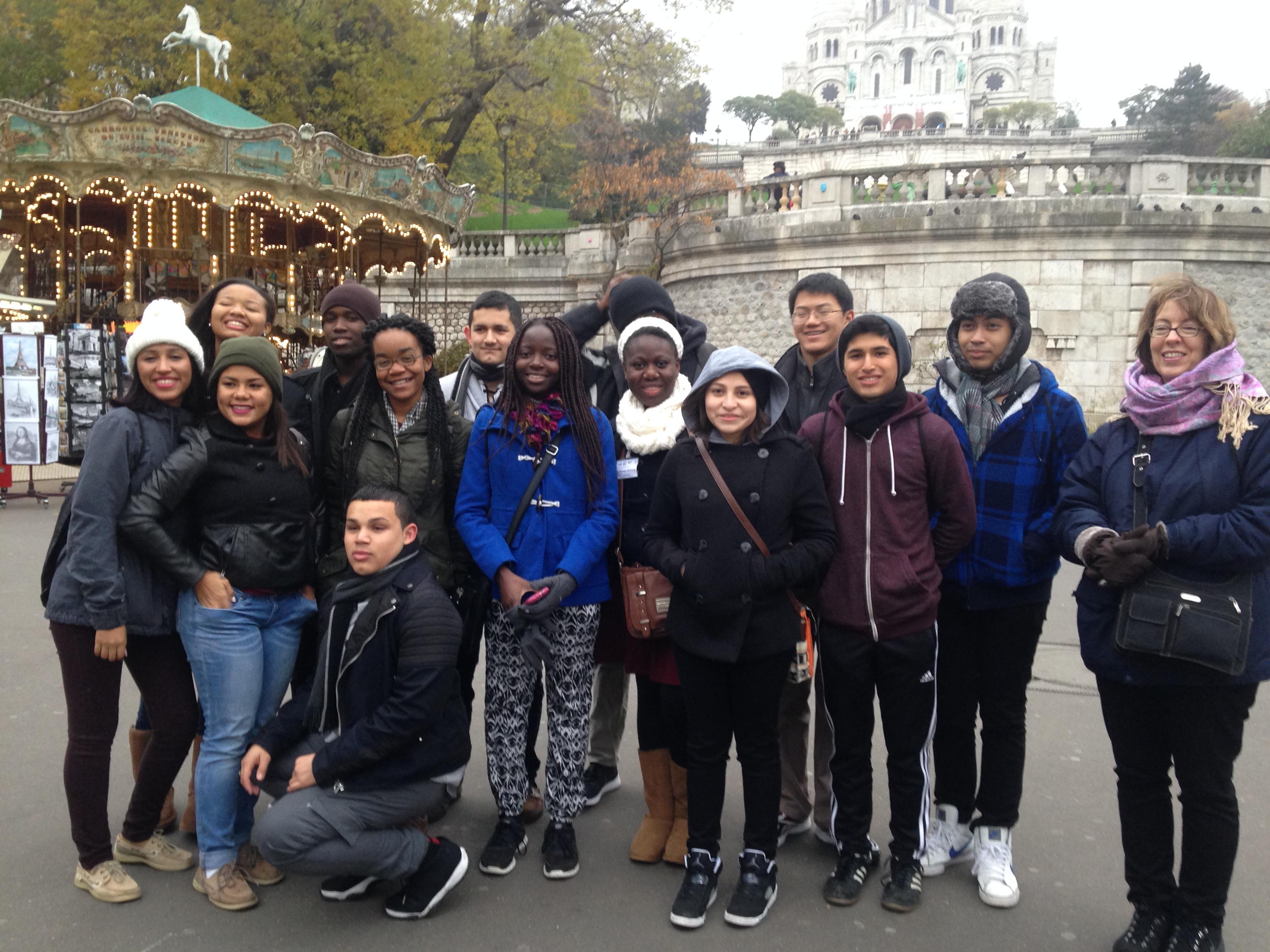 For two weeks we ran around the two thousand-year-old marble and cobble city, breathing in the history with every step we took. It was more than beautiful, it was breathtaking and life changing and at times I felt like the experience was too fleeting to be real.

When our plane touched down, carrying us fifteen teenagers and our four chaperones, I had this lofty feeling like the city might be forever changed because of our presence. We were loud, obnoxious and overly excited (a personality type I've come to learn that the French generally expect of Americans). As cheesy as it sounds, we were ready to take Paris by storm. 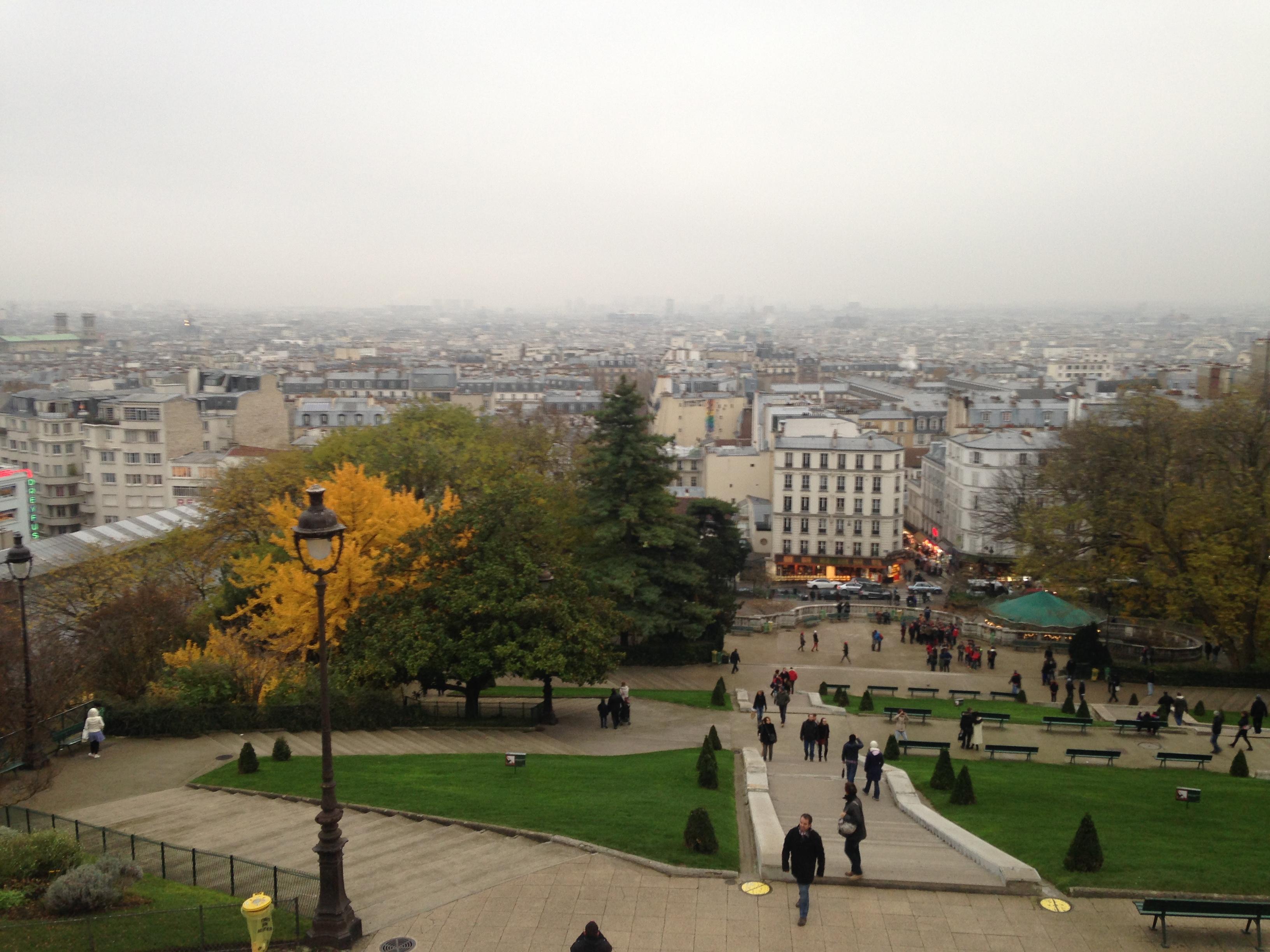 Photo: The gorgeous view of Paris in the fall from the top of Montmatre.

Photo: The gorgeous view of Paris in the fall from the top of Montmatre.

It took me a while to realize exactly where I was. For the first 36 hours it was like my body registered the fact that I was in a foreign country, but my brain was still eight hours behind in Silver Spring. On the first day when we went to visit the Basilica of Sacre Coeur which rests on a one thousand foot hilltop called Montmartre. The village there was like something out of an oil painting, which is appropriate seeing as it used to be a hotspot for artists and bohemians like Van Gogh, Renoir, Degas and Picasso during the 19th century. On the side streets and in a little square there were artists doing caricatures and landscapes and little family owned shops selling food and souvenirs.

It wasn't until the second day, when we went to visit Notre Dame de Paris and the Eiffel Tower that I fully registered where I was. First of all, I finally met one of those rude waiters France is so famous for. Granted I was totally in the wrong in the situation but the flippantly passive aggressive way he addressed me and the other kids in the restaurant really had me in my feelings. Secondly, I finally saw the Eiffel Tower up close and personal. The Eiffel Tower is the epitome of all things France to countries that aren't France. So, when I went to the first level of it and saw the view of Paris from 200 feet in the air it finally hit me that I was not in Kansas (or rather Maryland) anymore. 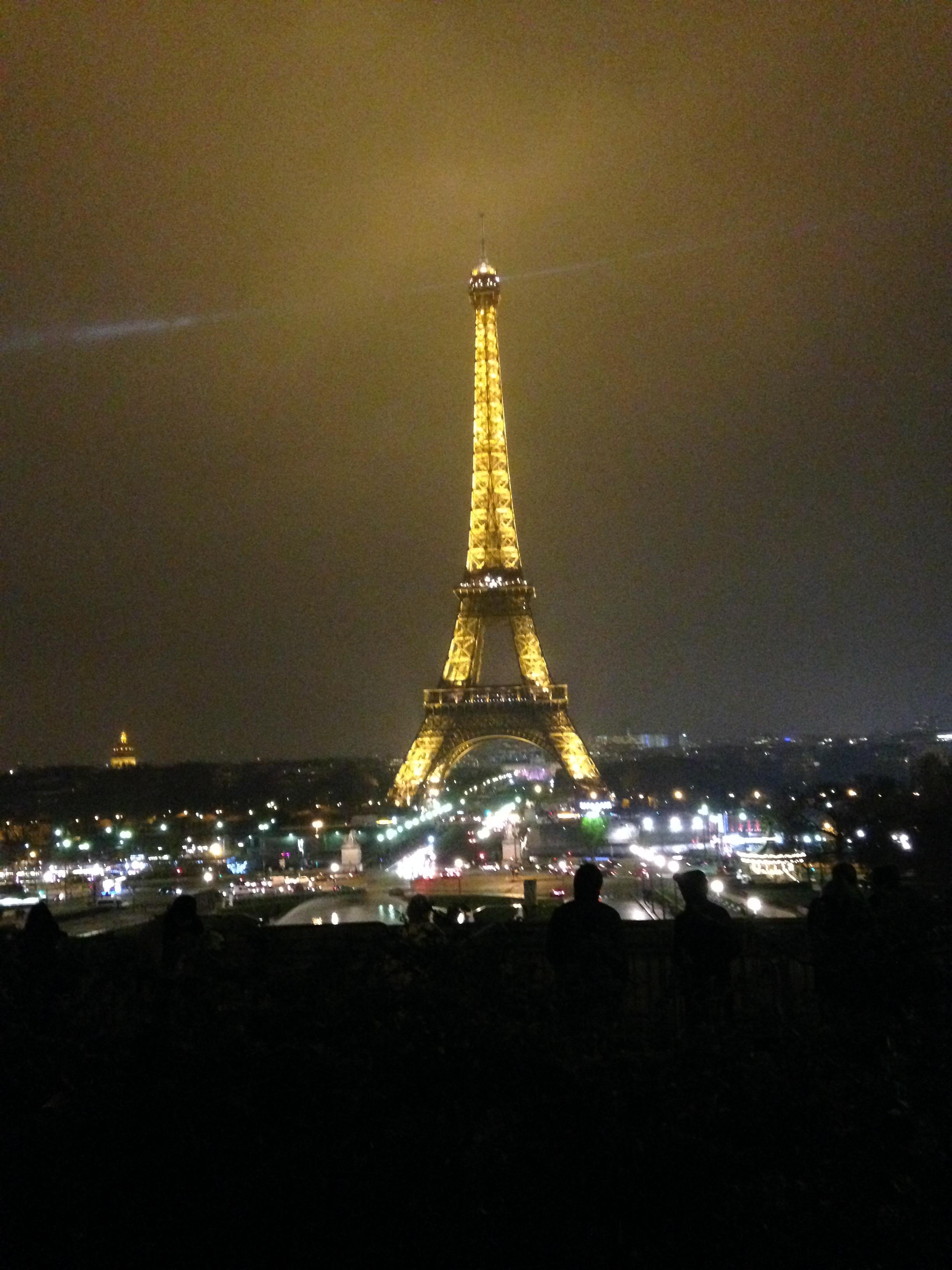 Photo: The Eiffel Tower in all of its touristy splendor.

Photo: The Eiffel Tower in all of its touristy splendor.

When I went to a city called Sarcelles for the second week of my stay, I had some serious flashes back to home. This town was like the French version of our little sliver of the Washington Metropolitan area; it rested right on the outskirts of a major city (Paris) and had a large immigrant population. I stayed with a girl named Larah who immigrated to France from Cape Verde when she was twelve. While with her I also when to her high school, Lycee Jean Jacques Rousseau. Let me tell you, if you think that Blair has a diverse population, you have never seen this school. Sarcelles is a city filled with immigrants, and this high school is no exception. It was interesting to see the way the students' cultures mixed; even if they came from vastly different places and maintained a strong association with the culture of their homeland, they could all bond over being French.

France is a country that has a certain quality to it, at once young and very old. There's something palpably different about the country; everything there feels a bit more lived in than things here. Its capital Paris is city that's a lot like a quiet New York. I felt so very American while I was there, like I was on the outside looking in at a beautiful mosaic: get close enough and you can see all the individual pieces that comprise the image like the rich history, the beautiful scenery, the art and the immigrant culture, but from afar it just looks like a magnificent work of art.