When I was a little kid, my favorite toy was a box. A simple cardboard box that I could transform into a fort or a castle – the only limit was my imagination. My preschool friends had their own favorites ranging from blocks, crayons, legos or for the really lucky ones, the all mighty furbies (not lucky in my mind – I was scared of them). The closest I ever came to a computer was the occasional "Putt-Putt Travels Through Time," with a half an hour of "Arthur" if I was on good behavior.Now, when I walk down the street, I see parents with their toddlers playing on iPhones, iPads and sometimes even laptops.

It is true that technology is advancing rapidly and changing the world, but the question arises – how young is too young for kids to be using technology for entertainment, and could exposure to this at such a young age be unhealthy? 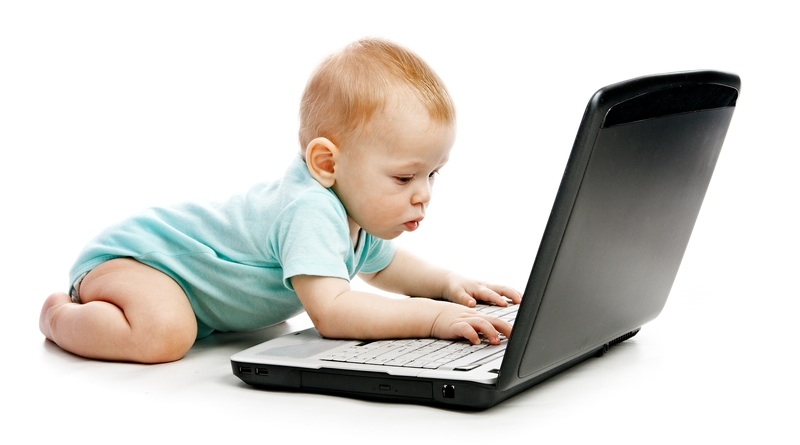 In all fairness, apps are being developed specifically for toddlers and young children and can be educational and fun, but with near constant entertainment at their fingertips, it seems that this could be hindering their creative development. Instead of pulling out the dress-up drawer and pretending to be pirates or princesses, kids can now virtually play dress-up by dragging intricate outfits onto realistic looking figures with just their fingertips.

A recent study by the Kaiser Family Foundation found that children 8-18-years-old spend an average of seven hours a day in front of a screen. Instead of playing outside and interacting with other children, kids are sitting still in front of a TV screen, a computer screen or a cell phone screen. There are a number of reasons that this is troubling.

Early childhood is the time when children develop social skills and learn how to interact with others. But when they are placed in front of a computer, television or iPhone, they are missing this crucial time to interact with parents and other children.

Another issue with increased technology use is the decrease in physical movement. In the era that is becoming defined by the obesity epidemic, teaching young generations to be active is extremely important. The overuse of technology is one of the primary reasons that some children are not as energetic as they should be, and this leads to unhealthy lifestyles. Ultimately, it is in the hands of the parents to control their children's technology use and encourage healthy habits to allow children to lead a balanced life.