UMD: Money over everything

On Monday, the University of Maryland announced that it will be accepting its invitation to join the Big Ten Conference for all sports, beginning with the 2014-2015 school year. It ends Maryland's 59-year run with the Atlantic Coast Conference (ACC), since it was a founding member in 1953.

The second reason for the move, according to University of Maryland President Wallace Loh, is an academic one. By joining the Big Ten, Maryland will become a part of the Committee on Institutional Cooperation, which could further research opportunities for the school. In a letter to Maryland students and parents, Loh asserted that the move will "boost the University of Maryland's ascendancy in academic excellence."

While Loh has emphasized the importance of the academic aspect of the decision to move, Maryland Regent and former U.S. Congressman and Maryland basketball player Tom McMillen echoed many who believe it was primarily a financial choice. "There was sympathy in some points, but it's all about money. It's all about money. That's what it is," he told the Post.

It is quite possible, that by joining the Big Ten, the University of Maryland will be more economically sustainable for years to come. However, there will be serious consequences that could outweigh the benefits.

Maryland has established deep-seeded rivalries with ACC schools that will now be broken. While Maryland's rivalries with Duke and North Carolina never reached the level of Duke's and North Carolina's rivalry with each other, every visit by to the Comcast Center one those schools for a basketball game is more than just a regular season matchup. The arena is packed with screaming Maryland fans all wearing matching "Beat Duke" t-shirts. In the old days, a loss to Duke or North Carolina would set off a riot and a win—an even bigger riot.

On several occasions I have witnessed Maryland students wearing shirts that read "The good, the bad and the ugly," alongside Maryland, North Carolina and Duke logo. Now imagine that same shirt with instead of North Carolina and Duke, it reading Rutgers and Penn State, or Iowa and Minnesota, or Indiana and Illinois. It just isn't the same. Eventually, many years down the road, it is possible that Maryland will develop strong rivalries with Big Ten schools. It is possible that those games will garner the same passion as games against Duke and North Carolina have for years. But in all likelihood, the lack of similarities and tradition, and the distance between the schools will make it incredibly hard to ever recreate that environment. 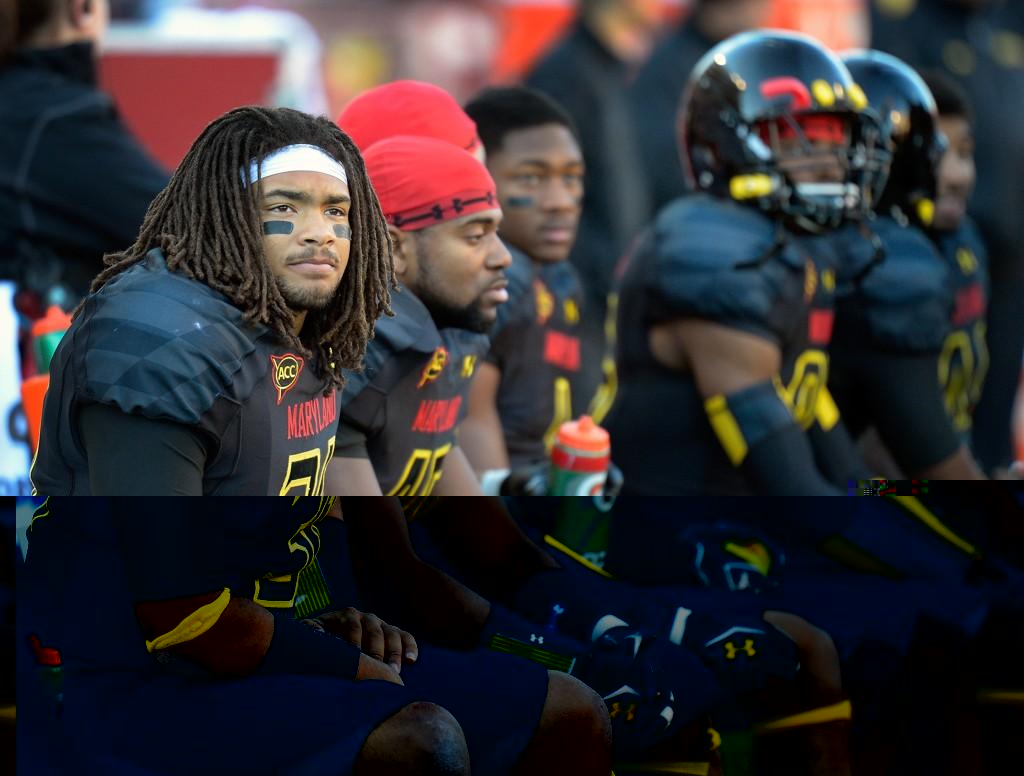 Photo: Maryland's football team will become the laughingstock of the Big Ten.

Photo: Maryland's football team will become the laughingstock of the Big Ten.

Logistically, there are even more problems with the move to the Big Ten. While the football and basketball teams may be accommodated with flights to all of their away games, the same is certainly not true for all varsity teams. What will the volleyball team or the golf team do when they have games in Minnesota, Iowa and Nebraska? Will they take the bus and end up missing several days of school for every away
game? Will the student-athletes be asked to pay extra for flights? None of this was a problem when four of the schools in the conference were in North Carolina, another two in Virginia and the farthest away in Florida. Now the average distance from College Park to conference opponents will increase from 365 miles to 560.

The move also inspires a question as to what the conferences really represent. Maryland is in many ways a typical ACC school. It excels at soccer and lacrosse and has a history of success in basketball, not to mention the fact that it is located on the East coast. Now Maryland is joining a primarily Midwest conference where football is king, basketball is solid and lacrosse and soccer could not matter less. What this means for Maryland is that their elite soccer and lacrosse programs will likely disintegrate as top recruits opt to go to North Carolina and Wake Forest or Virginia and Duke where they will find the best competition. Meanwhile Maryland's football team struggles to stay competitive in the ACC; once they join the Big Ten they will be the punching bag of the league. Joining the Big Ten won't improve this program much as football doesn't have the same importance in Maryland as it does in the Midwest. Regardless of what conference Maryland is in, the top football recruits will still become Wolverines and Buckeyes, not Terps. Wins will be hard to come by, and so will fans. Finally even basketball could take a hit. Much of the team's appeal comes from its rivalries with Duke and North Carolina. Once that is lost, who knows what will happen to the fan base?

Maryland is moving to the Big Ten because of money, and the money could be very beneficial to Maryland's future. But it is indicative of a much larger problem. As conference realignment has become commonplace, tradition and common sense, not to mention geography, are thrown by the wayside. The Big East stretches from New York to California. The ACC includes Notre Dame and Pittsburgh. Missouri and Texas A&M are in the Southeastern Conference (SEC). Now, the Big Ten has fourteen teams. Something doesn't add up.