An unplanned fire evacuation took place at the beginning of sixth period today due to a "glitch in the system," according to Blair business manager Jim Funk. A fire technician was subsequently called to the building to further investigate the cause of the alarm. 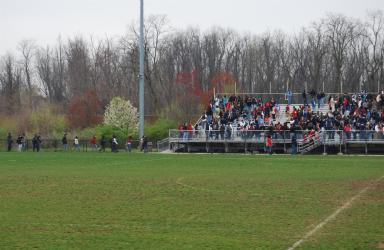 Photo: Blazers calmly file into their assigned meeting locations to check in with teachers during today's fire drill.

Photo: Blazers calmly file into their assigned meeting locations to check in with teachers during today's fire drill.

The evacuation occurred as students filed into their sixth period classes and was the school's seventh fire drill of the year. For the remainder of the period and into eighth period, a fire technician tested the system for any major technical problems that may have caused the unplanned evacuation.

Though it was caused by a glitch, the drill was successful, according to Funk. "Despite the unexpectedness of the drill, students and staff responded efficiently and effectively as everyone filed out of the building in a proper manner," Funk said.