Until the world ends

If you're reading this right now, it probably means the world didn't end. (Either that, or you've got terrific Internet access from wherever it is that you were sent after the Rapture…however, it's probably the former.) Sorry Harold Camping, you are officially 0-2 in predicting when we're all going to die. 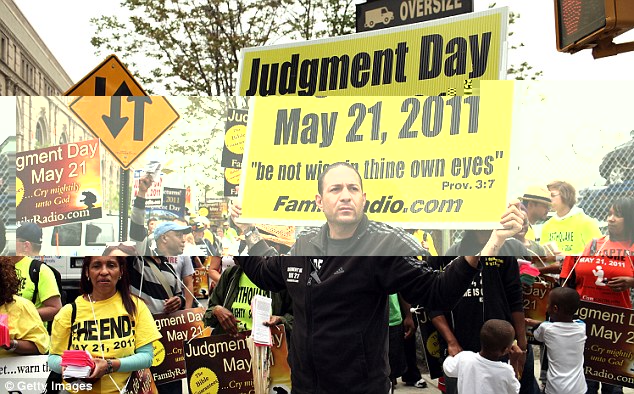 Photo: Harold Camping's followers mob the streets to spread word about the Rapture.

Photo: Harold Camping's followers mob the streets to spread word about the Rapture.

For those of you who don't know what the Rapture is, here's a short explanation. The Rapture is supposedly the time when God's chosen ones rise to heaven while the rest are left behind to face apocalyptic scenes of earthquakes and fire. The so-called "non-believers" will then face a period of apocalyptic type punishments consisting of fires and earthquakes in order to determine who will be "saved."

Camping, who strongly believed the world was going to perish on May 21, is recorded as saying that he was "flabbergasted" by the outcome of Saturday's events, according to the San Francisco Chronicle. Through several complicated mathematical formulas and calculations, Camping obviously believed that he had made the right prediction. He spent millions of dollars advertising the world's end and warning people that Judgment Day is approaching.

And as Saturday came and passed, I couldn't help but to laugh at the folks who had given Camping all their life savings and even paid people to look after their pets if the world ended. It's hard to understand why Camping and his followers think that their belief has so much substance, after all this is the second time they've miscalculated the world's end, the first being in 1994. The group of people who took the misguided approach of wasting their money and time believing the ramblings of Camping are now left in awe at the end result.

It's not really evident if Camping is just in it for the money (even though he lost all of his own savings in preparation for the Rapture) or if he will continue to predict the world's demise after this embarrassment. Hopefully, people will begin to realize that Camping's ramblings are nothing more than the twisted ideas of a man who seems to believe that he possesses the formula to the Apocalypse.

The problem here is simple: we cannot predict when the world will end. We will never be able and no complicated calculation will change this fact. There is nothing wrong in believing that everyone will meet their fate at some point in their life; having faith in a belief system is quite healthy. But taking advantage of that belief system to exploit others and manipulate them into believing that the Judgment Day is coming is ridiculous.

And for those of you waiting for 2012 to come and sweep us away, I look forward to the moment that you realize that December 21, 2012 symbolizes nothing more than the end of the Mayan calendar.