For the last 50 years, the Lesbian, Gay, Bisexual and Transgender (LGBT) community has increasingly protested the moral inequality they face. Celebrations such as Gay Pride Parades have created closer ties within the LGBT community, allowing members to be progressively more open about their sexuality amongst others who relate to them. 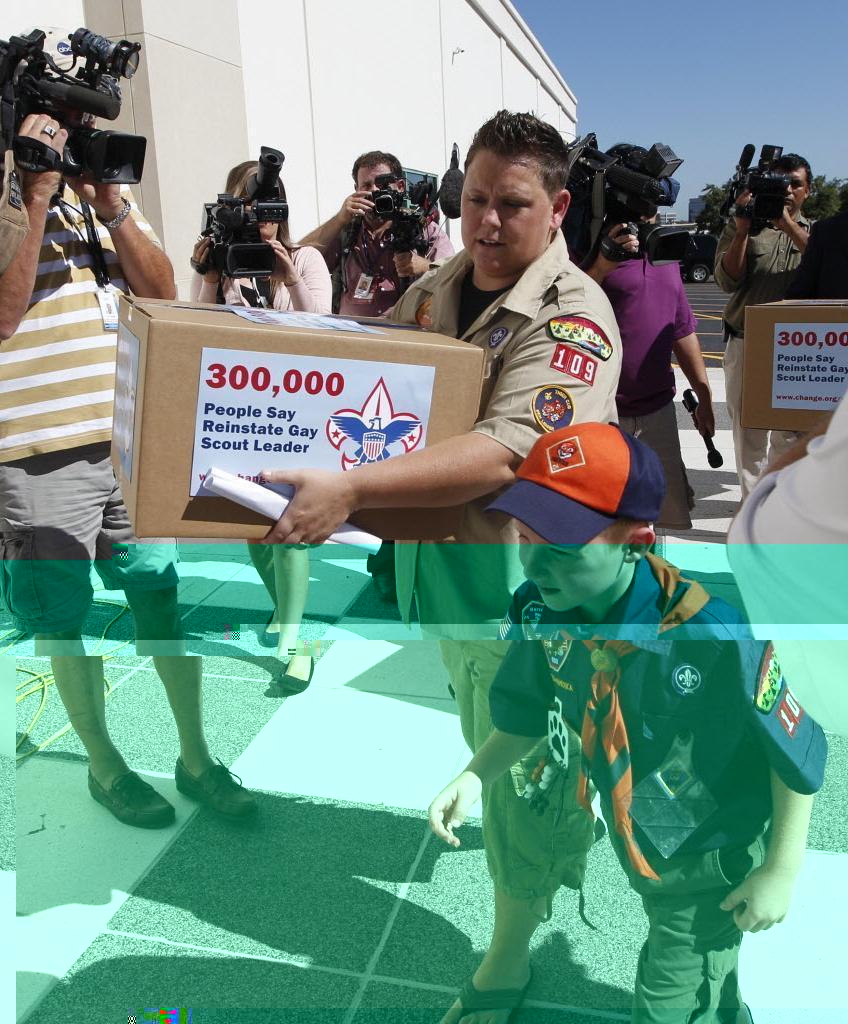 Photo: Tyrrell and her son, Cruz, walk to her meeting with the Boy Scouts of America, where she presented her petition.

Photo: Tyrrell and her son, Cruz, walk to her meeting with the Boy Scouts of America, where she presented her petition.

Today, if you walk along the hilly sidewalks of San Francisco, Calif., it's a regular occurrence to encounter gay couples, as they make up 15.4 percent of the city's population, according to a study by the University Of California Los Angeles School Of Law. But just hours away, south of San Francisco lies the conservative hub of Bakersfield where the chances of that happening decreases significantly. This is a result of differences in how communities created their ideals on how life should be lived and the rules that come with these ideals. Places such as Bakersfield, for example, are limiting gays and lesbians throughout the world.

Jennifer Tyrrell of Bridgeport, Ohio, faced firsthand the barrier that the world has put up between being gay and straight. Tyrrell is like many other parents, a wife who is involved in the lives of her children. She was even the den mother of her son's Cub Scout troop until recently when she was dismissed by the Boy Scouts of America (BSA) due to her sexuality. Prepared to fight back, Tyrrell created a petition online that attracted signatures from not only fellow LGBT members but also those in her local Boy Scout community who supported Tyrrell despite her sexual preference.

But even though other Boy Scout leaders in her community have no problem accepting and moving past the fact that she was gay, this was not enough to revoke her dismissal. She had to face the higher authorities. On July 18, Tyrrell showed up in Irving, Texas, for the meeting she had scheduled with the board. With her son by her side and surrounded by camera crews, all expected the 300,000 signatures she accumulated to shock the board and influence the reversal of their prior stance.

But it did not.

Sticking by their 2000 Supreme Court decision, the BSA maintained its position of "not granting membership to open or avowed homosexuals." In attempt to find other solutions, members asked that the BSA would consider a resolution that would allow local units to determine "their own standards," according to the chief scout executive Bob Mazzuca. Yet their position, once again, remained the same.

The BSA is arguing that they are protecting their values of serving "more youth." How allowing the LGBT community into the scouts will limit the serving of youth is unclear. If anything, it would teach boys to embrace who they are despite their differences, something everyone forgets. Director of Public Relations for BSA, Deron Smith released a statement after the meeting saying, "The BSA values the freedom of everyone to express their opinion and believes to disagree does not mean to disrespect." But in this case, they are not only disagreeing, but limiting and discriminating. These two combined shows disrespect to the LGBT community and proves that the BSA is acting hypocritically.

Apart from the moral and political incorrectness that this discernment towards the LGBT community creates, it is reliving the past of America. But this time, with the same mistakes.

In 60 years, the next generation is going to say, "What were they thinking?" in the same way that our generation gasps when we first read about the Jim Crow Laws in our textbooks or about how Native Americans were forced off the land they had claimed long before.

Just like race, being gay is who you are and it cannot be changed. Attacking someone based on sexuality is senseless because it's discriminating against something that was not a choice. 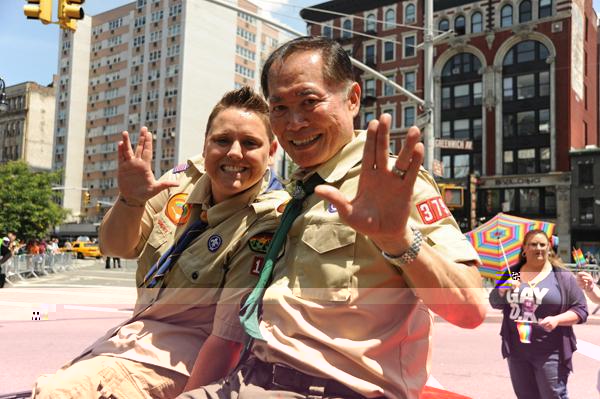 Accepting people for who they are, however, is a choice – a choice that the BSA chose not to make. Although the meeting between Tyrrell and the BSA remained peaceful, the BSA was clearly passive aggressive. Imagine if all you wanted was for your son to belong to group and create memories that he would treasure for the rest of his life. The BSA were indirectly telling Tyrrell that she couldn't provide her kids with the life she saw fit because of one difference in her lifestyle. She is gay.

Americans should not remain passive as more LGBT mothers and fathers are denied access into their children's life because of their sexuality. Just like in America's past, too many accepted the then current inequalities as the way life was and ignored the desperate pleas for help so many made. In 60 years, Jennifer Tyrrell might be the Rosa Parks of the LGBT movement and represent a strive towards changing our country.

Many look at America as a place of political and institutional freedom where people will not be tied down because of their beliefs. If this were true, Tyrrell and so many others around the country would not be struggling towards obtaining the simple pleasures in life like watching their son play amongst his friends on a camping trip or guiding him along as he puts up his first tent.

But for now, Tyrrell must accept her current situation and break her seven-year-old son's heart when explaining that he can no longer be a Cub Scout.