After loss to Brazil, top-ranked U.S. settles for bronze as Germany wins

American forward Abby Wambach, who played for the Women's United Soccer Association (WUSA) Washington Freedom from 2002-2003, received the tournament's Silver Shoe, the award for the second leading scorer. Wambach scored two of her six total goals in the U.S.'s victory over Norway.

The tournament started with 16 teams. The U.S. tied Korea in the first round, and beat Sweden, Nigeria and England in the next three rounds. 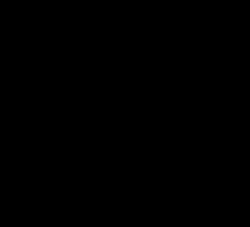 In the match against Korea, Wambach scored in the second half to put the U.S. ahead, 1-0. While she was receiving treatment for a minor cut on her head, Korea scored two quick goals to take the lead. Heather O'Reilly scored to tie the game just seven minutes after Korea's second goal.

Wambach scored both American goals in the U.S.'s second match against Sweden, while Lori Chalupny scored in the U.S.'s 1-0 victory against Nigeria.

In the U.S.'s quarterfinal match against England, Wambach, Shannon Boxx and captain Kristine Lilly scored a combined three goals in just 12 minutes early in the second half.

In the semifinals, the U.S. lost to Brazil, 0-4. The loss was the U.S.'s first in 51 international games, and its second loss to Brazil in 22 previous games. U.S. head coach Greg Ryan benched starting goalkeeper Hope Solo to put in Briana Scurry, who had more experience in high-stakes international games such as the 2004 Olympics. The decision ultimately backfired and Solo criticized Ryan's decision. Her teammates, including former player and ESPN World Cup analyst Julie Foudy, disapproved of her comments.

In the consolation match against Norway, Scurry seemed to be in better control. Ryan felt good about his team's play, though Wambach was not satisfied with a third-place finish.

In the final game, Germany won to receive its second first-place finish. After Brazil controlled the ball for the first half, during which neither team scored, Germany assumed a more offensive, attacking formation, to score two quick goals. German goalkeeper Nadine Angerer made eight saves to ensure the victory.

The U.S. has not come in first place since 1999. Ryan felt that his team faced a tough batch of opponents this year, but was happy with the U.S.'s finish.