1-0 victory over Paraguay puts the host country in first

The United States national men's soccer team beat Paraguay 1-0 Saturday in Philadelphia. This victory puts America in first place in their group, allowing for the opportunity to play either Peru or Ecuador in the quarterfinal round. 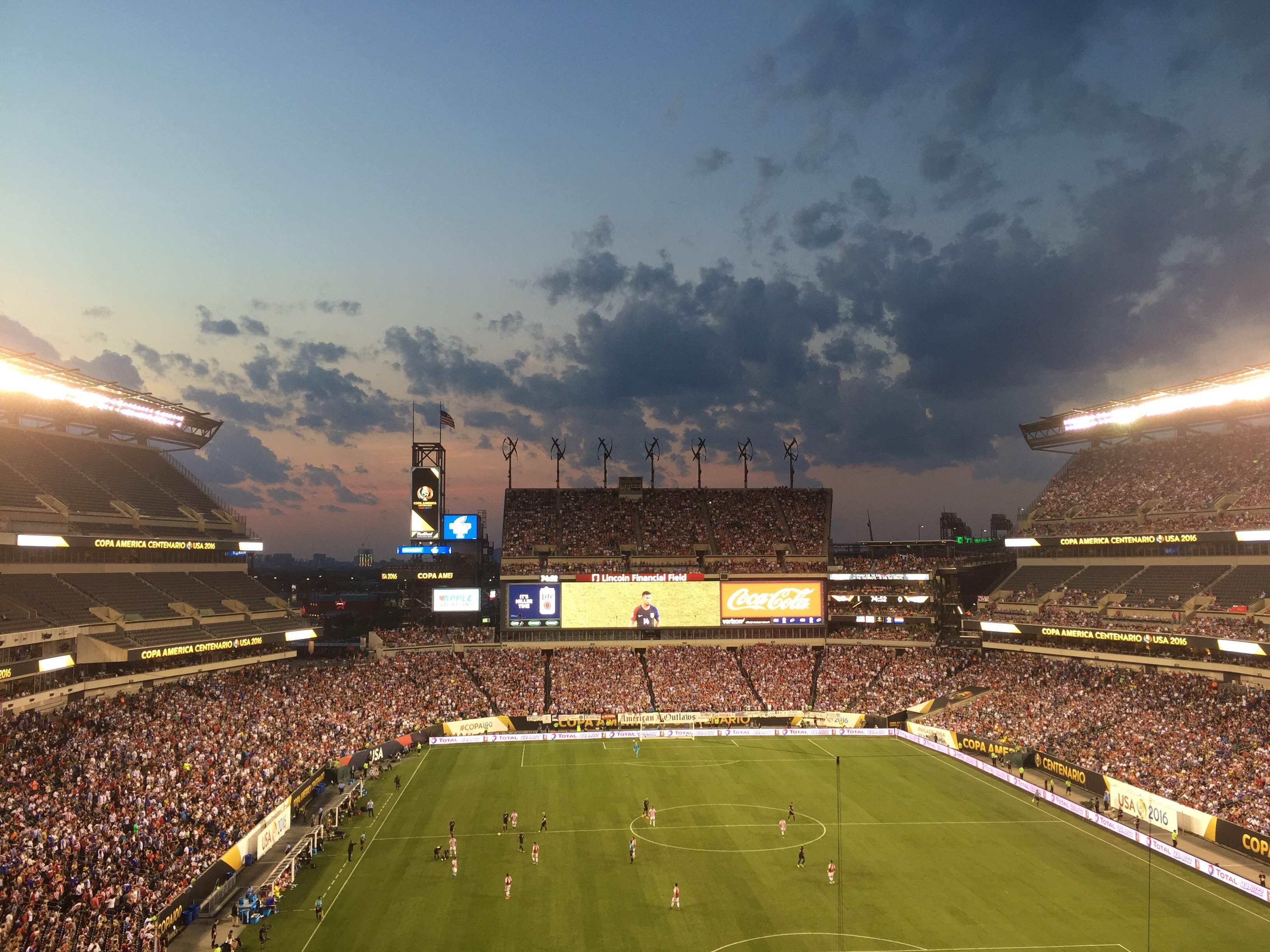 Photo: Darkness falls over Lincoln Financial Field as the United States hang on to a 1-0 lead over Paraguay.

Photo: Darkness falls over Lincoln Financial Field as the United States hang on to a 1-0 lead over Paraguay. Photo courtesy of Charles Lott.

The Copa America tournament includes all of the South and North American teams that qualify. This year's Copa marks the one hundredth anniversary of the tradition, and is being hosted by the United States for the first time ever.

The victory over Paraguay marked the United States' third game and second victory in the tournament, following a 2-0 loss to Colombia and a 4-0 victory over Costa Rica. The game's only goal occurred in the 27th minute when striker Clint Dempsey put it in the back of the net after a cross by right winger Gyasi Zardes. The United States ended the game on the defensive, down a man thanks to the sending off of right back Deandre Yedlin, who will not be available to play in the subsequent round of the tournament.

This game takes some pressure off of the back of American coach Jurgen Klinsmann, who has come under fire recently because of losses during the Gold Cup and his refusal to play certain young, developing players on the world stage.

While finishing first in their group would make it seem like the United States' Copa America has been a success so far, it has been far from it. Many American soccer fans see hosting this major tournament as a dry run for the country's bid for the 2026 World Cup. However, numerous logistical snafus have made future tournaments a pipe dream.

During an opening round game between Uruguay and Mexico, the wrong national anthem was played for the Uruguayan team. This mistake left the team and the country's soccer federation in uproar, making allegations that the tournament is somehow set up or rigged in favor of the Mexican national team.

Players have also lodged numerous complaints about the quality of the fields. Due to the lack of soccer stadiums with sufficient seating for the international crowd, most games are being played on grass laid over the artificial turf of college and professional football fields. The poor quality playing surface leads to uneven conditions and injury to the players. Argentine striker Lionel Messi complained about the grass even after a three goal performance against Panama. 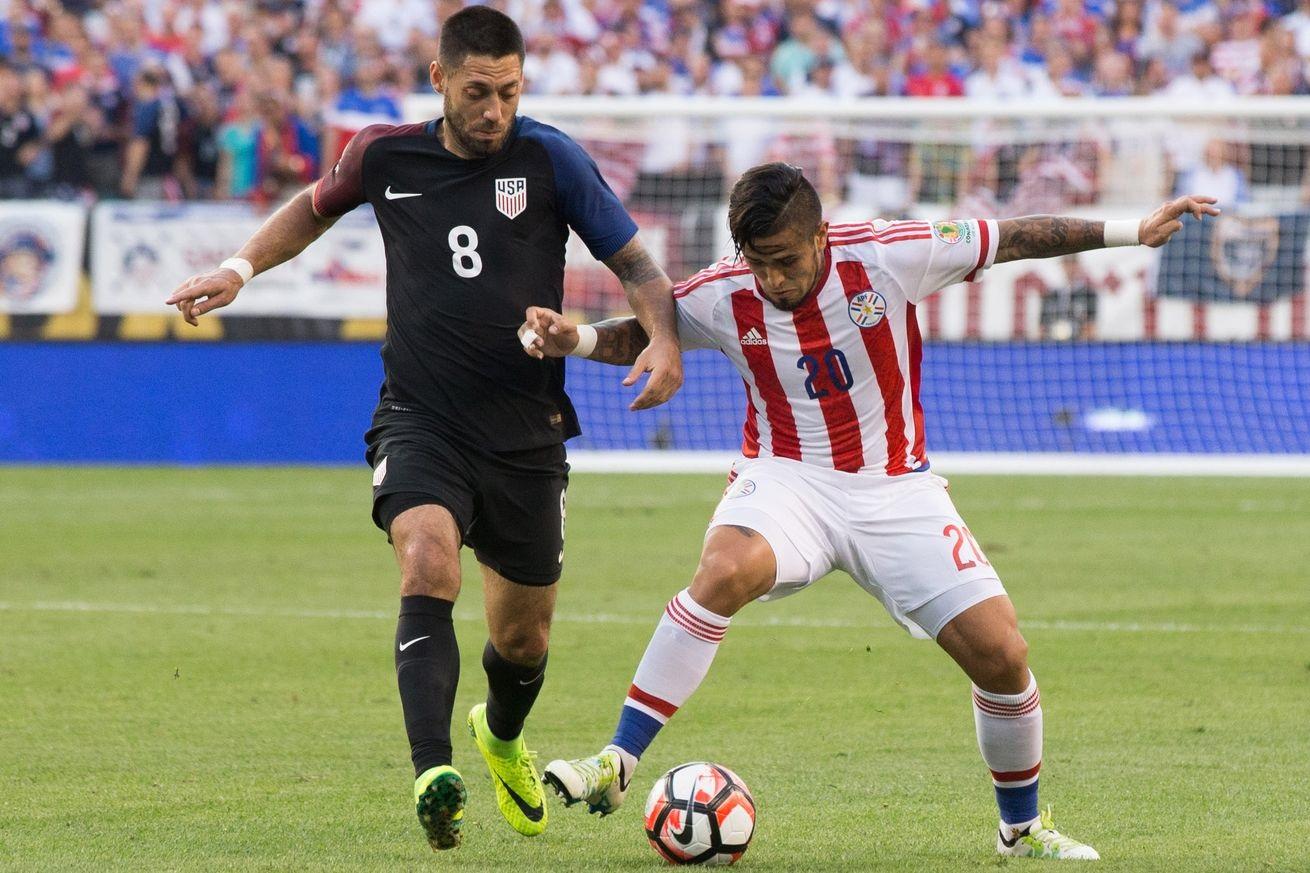 American fans, who are so often disappointed by the slow pace and lack of scoring in soccer, are not pleased to see the prevalence of dirty play in the tournament thus far. According to junior Jorge Sorto, the quality of play is far lower than he's used to. "It's kind of shocking to go from watching Real Madrid or Germany play and then watching the Copa America," explains Sorto. "US soccer really isn't very good."

Casual viewers were also promised the opportunity to see some of the best stars South America has to offer, but with Messi and Uruguayan striker Luis Suarez not starting due to injury, and Brazilian striker Neymar saving himself for the Olympics, far fewer recognizable players are present. The fan-favorite Brazilian team was also eliminated from the tournament on Sunday due to a Peru goal that went in off of a hand ball that wasn't called by the referee.

The USA's bid for the 2022 World Cup was unsuccessful, and the tournament was given to Qatar. According to numerous international soccer figures, including former Brazilian great Pele, the United States should be given the tournament in 2026. But if things keep deteriorating in this year's competition, do we really stand a chance?

American soccer fans should keep rooting for the team on June 16th in Seattle against either Ecuador or Peru. The bigger picture might actually transcend American success, because a Copa victory might not mean as much as a successfully run tournament. Because if we get all the remaining national anthems right, Blair students might get the opportunity to see a 2026 World Cup game right in Washington, DC.