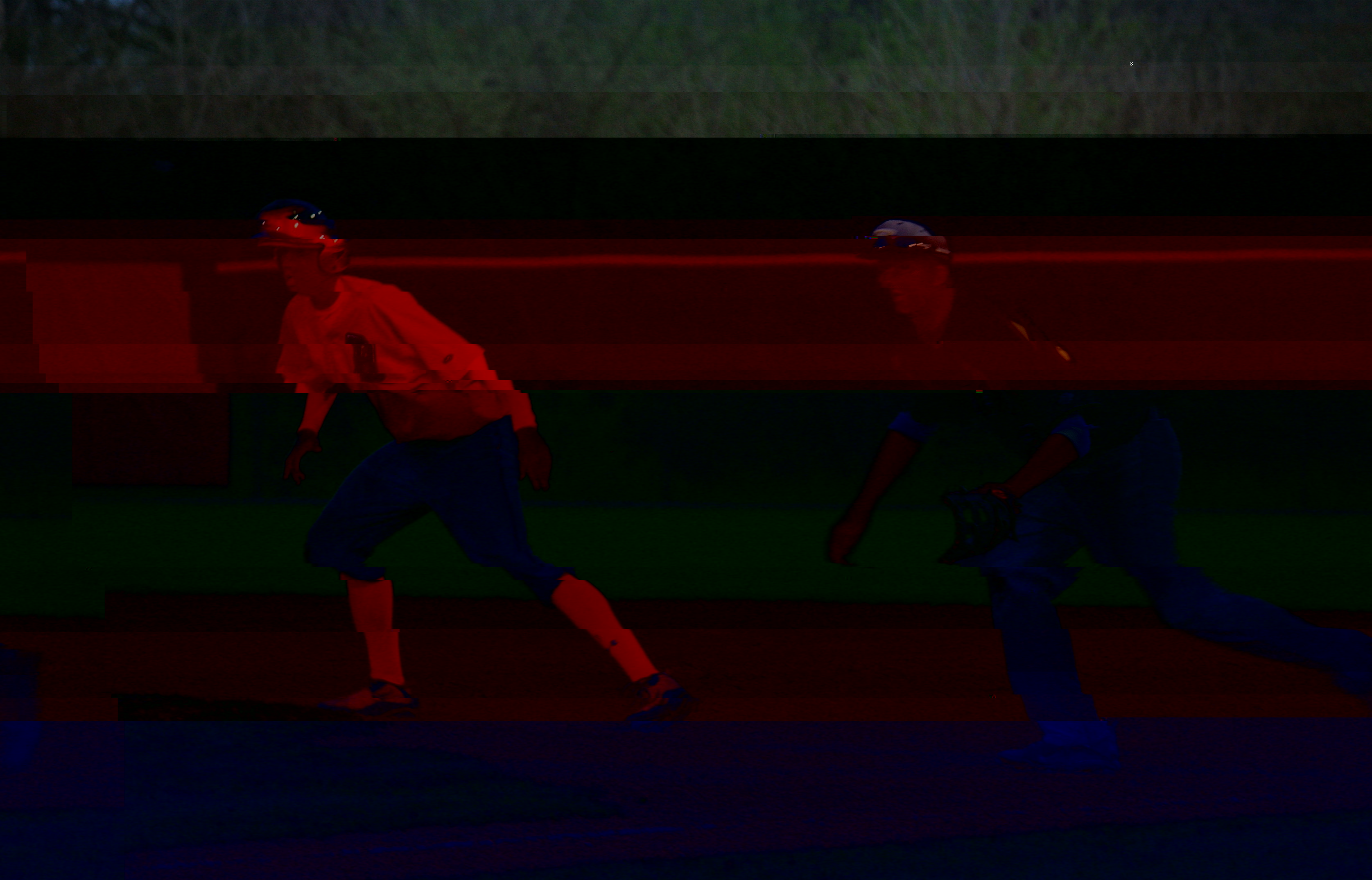 Photo: Senior Lucas Babinec eyes the ball, waiting for the perfect moment to sprint towards the next base.

Photo: Senior Lucas Babinec eyes the ball, waiting for the perfect moment to sprint towards the next base.

The Blair varsity baseball team (5-6) triumphed over the Poolesville Falcons (3-5) in a 14-2 game on Thursday night. According to head coach John MacDonald, Blair's dramatic victory was due more to their excellent, streamlined performance than the Falcons' skill level. "I thought that [Poolesville's] starting pitcher had decent stuff, and the two guys after put in effort,” he said. "We just played better."

Due to unplayable field conditions at Poolesville, the game was played at Blair, but Poolesville served as the home team.

In the first moments of the game, the Blazers showed their dominance. After establishing a five run lead in the top of the first inning, Blair ended the bottom of the inning within minutes with ease and finesse. The Blazers maintained this trend throughout the game, dominating the top of each inning and ending the bottom quickly and cleanly. Freshman pitcher Neil Gahart demonstrated his reliability and skill early on in the game and served as a backbone to the Blazers throughout the game.

Senior Peirce Marston attributed much of Blair's success to starting the game strong, but also disagreed with MacDonald, contending that Poolesville was an inferior team in terms of skill.

The last three innings of the game were steady for the Blazers. The team used the final innings to maintain a significant lead over the Falcons, scoring two runs in the fourth and fifth innings, and one run in the third, slipping only when two Falcons scored runs on a failed suicide squeeze during the third inning.

The fifth inning brought the game to a successful close, with seniors Topher Zuleger-Freeman and Nevin Brown each scoring one run. Sophomore Tray Brown also showcased a solid performance, nearly reaching third base before being tagged at the close of the top of the fifth. Poolesville was much less impressive, earning a single walk, but ultimately scoring no runs and ending the game.

During the third and fourth innings, Tray, junior Tucker Canary and senior Lucas Babinec each scored one run, easing any panic that may have risen as a result of the Falcons' anomalous success during the third inning.

Though Blair played very well on Thursday, MacDonald and his players agree that there is still a need to grow. According to Nevin Brown, the Blazers are not performing to their full potential on defense. "Our defense hasn't been great,” he said. "We're not making all the plays we should make. That's our biggest area of concern."

Baseball plays its next home games against Seneca Valley and Walter Johnson on April 18 at 10 a.m. and 1 p.m., respectively