In an offensive battle Friday night, the Blazers took the visiting Sherwood Warriors to extra innings before ultimately falling, 14-7. Blair held a one run lead into the sixth inning, when Sherwood tied it at seven runs all. The Warriors outlasted the Blazers in the eighth, capitalizing on a few defensive errors to take the final lead.

"More than anything, we made mistakes in the subtleties of the game," Blair head coach John MacDonald said. "We didn't make our routine plays, both on the base path and under fly balls." 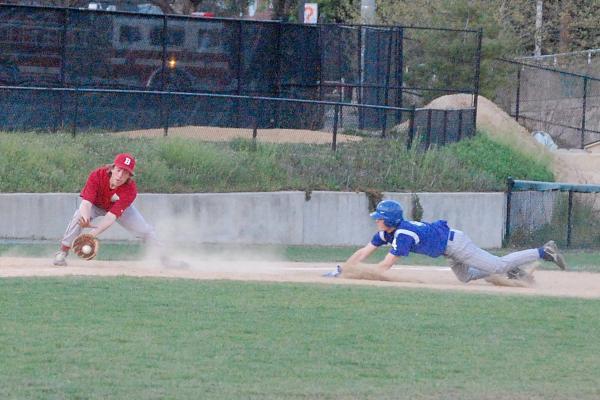 Sherwood (7-1) is one of the strongest teams Blair (7-6) has faced this year, coming off an almost undefeated 2007 season which ended bitterly in the State finals. But the Blazers were not intimidated. After going down 2-0 early, the home team exploded in the second. Junior third baseman Brady Ettinger, who has been dependable at the plate all year, got Blair started with a crack to left field. Then, with two outs and the bases loaded, junior pitcher Josh Gordon sent a ball screaming to right field to bring in two runs and tie the game.

The two-out rally was not finished there. Another run scored on an overthrow to first, followed by triple to the right-center wall from senior infielder Ruben Aguirre, bringing in a final run for a 4-2 Blair advantage.

The Warriors responded with a strong inning of their own in the third, racking up four runs, two of which came on a choppy grounder that bounced into the outfield. Down 6-4, the Blazers were still unfazed. After the bases were loaded with the help of two walks, freshman Peirce Marston hit an RBI single up the third base line to cut the deficit to one. Sherwood switched pitchers, but it was for no help against Gordon, who smacked a pitch to the same spot Aguirre did for a two RBI double and the lead, 7-6. 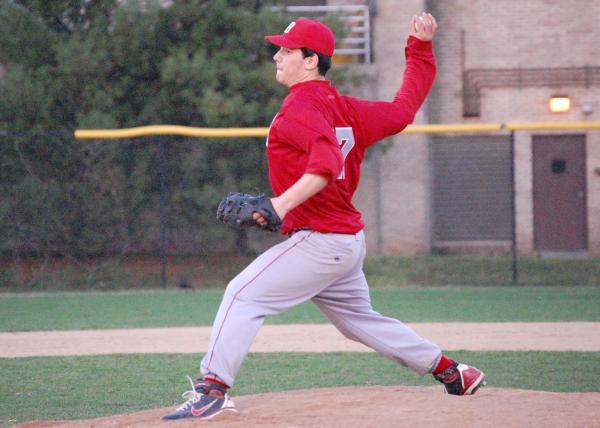 Marston relieved Gordon on the mound to start the fourth. Just a freshman, Marston forced 6 pop flies in three innings, and received some impressive help from the rest of the defense, including a diving catch from senior left fielder Carlos Mesa. Marston blanked the Warriors in the fourth and fifth, but Sherwood was able to get one in to tie at the score at 7-7 in the top of the sixth.

"When the other team puts in a pitcher that we can't hit all of a sudden, it throws the whole team off," MacDonald explained.

Aguirre came in to close the seventh. With the help of sophomore catcher Alex Egber's beautiful throw down to the third to catch the go-ahead Warrior stealing, Aguirre neatly ended the inning.

In the eighth, however, Sherwood took advantage of some Blair miscommunication to load the bases and threaten early. After Aguirre walked in the tie-breaking run, the Blazers slowly fell apart, misplaying balls in the infield and outfield. The Warriors put up seven runs for a 14-7 final score.

Gordon, who led the team with four RBIs, wished he could have added one more. "It's tough to realize that entire eighth inning could have been avoided with just one more run," Gordon said.

Blair's season is nothing to be down upon, however. What was a termed a "rebuilding season" in the beginning of the year has already produced more wins than last year's 6-13 season, and the team has been competitive in nearly every game, even against traditional powerhouses.

The Blazers' next home game is Tuesday, April 22 against Paint Branch at 7 p.m.