The varsity girls' field hockey team (4-0) won their first divisional game against Sherwood (2-1) in a close 2-1 face-off. The team started with a strong first half and maintained a narrow lead for the rest of the game. The girls played a tough offense at the start, scoring both goals of the game in the first half. 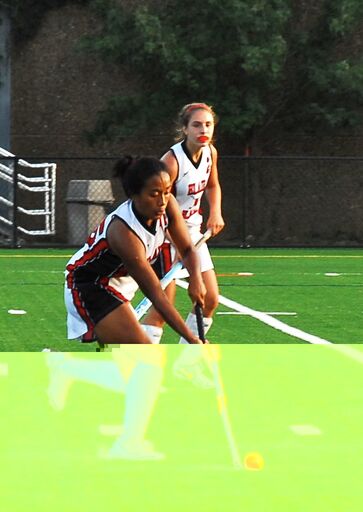 Photo: Junior Janet Henkai races the ball down the field.

Photo: Junior Janet Henkai races the ball down the field.

The match ended in confusion and tension. When the referee blew the whistle within the last minute of the game, coaches and spectators assumed the sound had indicated the end of the game. Instead, the referee had given Sherwood one last chance at an unexpected corner shot. If the Warriors had scored off the corner, the game would have been tied and gone into overtime. But junior Janet Henkai quickly sent the ball flying out of bounds and ended the game victoriously.

Junior Blake Morgan-Gamber scored the first goal within the first 10 minutes of the game. "We scored early and maintained our lead," head coach Brooke Franceschini said. "We've been working on that." Senior co-captain Nellie Garlow broke out from the Sherwood defense many times to bring the ball down the field. The team pushed powerful offense and made a strong impression on the Sherwood girls, Franceschini said. 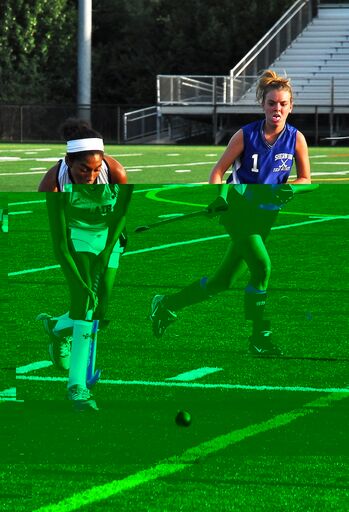 Photo: Junior Miranda Bernard steers the ball away from her opponent.

Photo: Junior Miranda Bernard steers the ball away from her opponent.

After halftime, the Lady Blazers allowed the Warrior offense to bring the ball down the left side of the field and score a goal at the start of the second half. This goal was the first of the season to be scored against the girls varsity field hockey team.

The Sherwood goal rattled the Blazers but excited the Warriors. "The goal in the second half was a good transition into playing harder," said Sherwood head coach Amy Morse. According to Morse, it "motivated the girls and put them back in the game." Nonetheless, the Warriors were not able to make up the one-goal margin for the rest of the game.

The Blazers failed to recover their strong starting offensive game in the second half, and the score remained a tense and narrow 2-1. "If we hadn't come out as strong we might not have won," senior co-captain Annie Buckley said.

Photo: Sophomore Sarah Harper reaches for the ball, hoping to get it before her opponent does.

Photo: Sophomore Sarah Harper reaches for the ball, hoping to get it before her opponent does.

Garlow took seven corner passes during the game. At the end of the first half, she took three corner passes in a row that narrowly missed the goal. Finally, junior Miranda Bernard scored a goal off Garlow's corner pass in the last four minutes of the half.

The team had a total of 10 shots and two goals. Buckley said the team would like to improve their scoring rate in future games. The team was also accused of 22 fouls, mostly for stick obstruction. Coach Franceschini said that the team had not practiced together since last Thursday, which caused the team's overall speed and stick skills to suffer.

Field Hockey will play their next home game Friday, Oct. 2 against Blake at 3:30 pm.